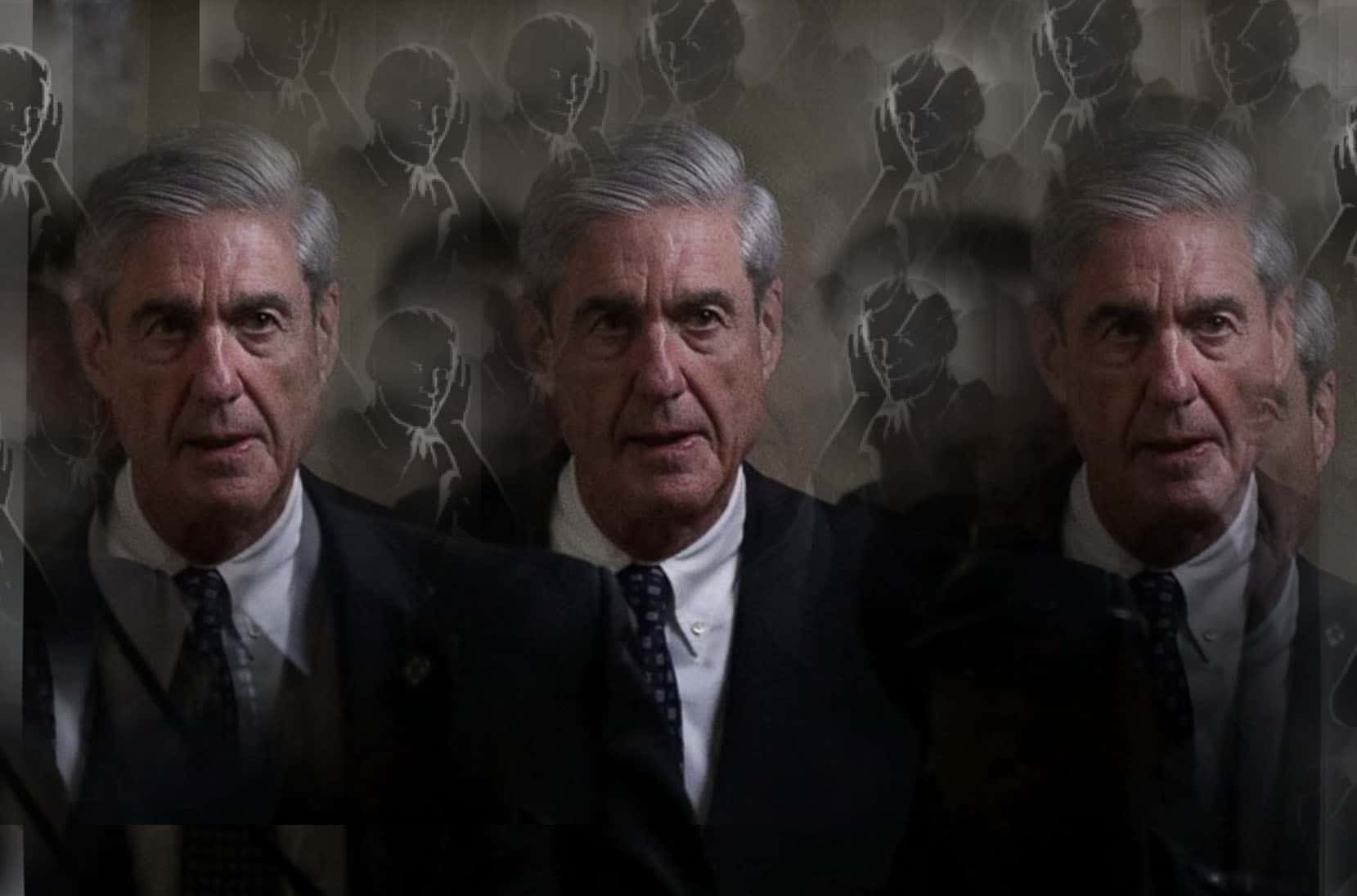 Only a few blocks from the National Mall, amid a cluster of nondescript buildings, more than a dozen prosecutors working for special counsel Robert S. Mueller III have followed an unusual routine as they toil away on the Russia investigation.

When they leave the office at night, they often wonder if it could be their last day on the job, according to an attorney familiar with their work. Fearful that President Donald Trump will try to shut down the sprawling criminal investigation, they’ve been compiling and writing their conclusions as they go, the attorney said.

Even if Trump doesn’t try to fire Mueller and disband his team – something he’s threatened several times – the president’s lawyers have indicated they’ll try to keep the public from learning whatever the special counsel’s office has discovered. They’ve repeatedly said some information may be covered by executive privilege, the legal claim that safeguards the confidentiality of a president’s private conversations.

If Mueller tries to include in a final report details gleaned from White House documents or interviews with administration officials, “we specifically reserved our right to object,” said Rudolph W. Giuliani, the former New York City mayor who represents Trump.

The president pointedly refused on Thursday to say whether any report from Mueller should be made public, telling reporters, “We’ll have to see.”

It’s unclear exactly when Mueller’s investigation will end, and the special counsel still has not secured the presidential interview he’s been seeking for more than a year. Trump submitted some written answers shortly before Thanksgiving; Giuliani said prosecutors’ subsequent request to ask more questions in writing and in person was refused before Christmas.

Since then, he said, there has been no communication with the special counsel’s office.

“There’s nothing much to talk to them about,” Giuliani said.

Recently, however, there have been indications the end game could be drawing near. Deputy Attorney General Rod Rosenstein, for example, has told associates he expects to step down shortly after the Senate confirms William P. Barr as the new attorney general. That could come within weeks; Barr’s confirmation hearings are scheduled to begin Tuesday. Rosenstein has been supervising Mueller’s work and does not want to leave his post until the special counsel is wrapping up.

Whenever Mueller does finish his work, it will kick off a new phase in the legal and political fights over the Russia investigation. The president’s legal team is preparing its own report rebutting whatever Mueller concludes; Trump tweeted last month that they’d already finished 87 pages. Giuliani said how much was released depended on what the special counsel concluded.

“If they exonerate him,” he said, “we’ll just say congratulations.”

Meanwhile, emboldened Democrats who took control of the House of Representatives in the last election are laying the groundwork for their own investigations and potentially explosive public hearings.

Michael Cohen, Trump’s longtime lawyer, and fixer, is scheduled to testify before the House Oversight Committee on Feb. 7, a month before he begins a three-year prison sentence for a variety of crimes that include lying to Congress about a Moscow real estate deal that Trump sought while running for president.

Cohen also has pleaded guilty to campaign finance violations involving hush money payments to women who said they had affairs with Trump, payments prosecutors said were directed by Trump himself.

The first battle could be over how much becomes public from Mueller’s investigation, which focuses on ties between Trump’s campaign and Russia and whether the president obstructed justice.

Starr, however, was operating under a different set of rules that no longer exist, and he was required to submit his conclusions directly to Congress. Under the rules governing Mueller’s investigation, the special counsel only needs to provide the attorney general with a confidential report explaining his decisions at the conclusion of the investigation. The attorney general by then will likely be Barr, a longtime friend of Mueller’s, but also a Trump nominee who has expressed skepticism about some aspects of the investigation.

That doesn’t mean Mueller’s findings won’t be released in some form. Prosecutors could explain more of their case in additional indictments – 33 people have already faced charges or pleaded guilty, and court filings have often included extensive details. They could also ask the grand jury to issue its own report.

In addition, the attorney general is required to notify Congress if he overrules any decisions by the special counsel, such as a request to issue particular subpoenas and indictments. And the attorney general can “determine that public release of these reports would be in the public interest.”

Democratic congressional leaders have already made clear they will demand that the report be turned over to them.

“Bottom line: the President can try to hide the Mueller Report. He will lose to the public’s right to know,” tweeted Neal Katyal, who served as solicitor general under President Barack Obama and wrote the current special counsel regulations.

If a report is destined to become public, there will also be fights over what is included. Intelligence agencies may want to redact sensitive information involving communications intercepts or overseas sources.

Trump’s lawyers are prepared to argue that executive privilege will require additional redactions. The potential clash is rooted in the early days of the special counsel investigation when the White House voluntarily agreed to turn over thousands of pages of documents and make officials available for voluntary interviews.

By doing that, Mueller received faster access to the facts he was seeking, while the president’s lawyers said they maintained their right to claim executive privilege down the road. They argue that, since Mueller is technically part of the executive branch, they can still fight the release of information to Congress or the public.

“Just because a document goes from the White House to the Justice Department does not mean privilege doesn’t stay attached,” said Jim Schultz, former deputy counsel in Trump’s White House who now works at the Cozen O’Connor law firm in Philadelphia and Washington.

A claim of executive privilege could have the biggest impact on the public’s ability to learn about Mueller’s investigation into a possible obstruction since many events under scrutiny happened after Trump took office.

Blocking the release of a report, however, could cause a political uproar that would be counterproductive for Trump.

“It’s very complicated for the president to fight the release of the report,” said Anne Milgram, a former federal prosecutor, and New Jersey attorney general who is now a New York University law professor. “If it vindicated him, why wouldn’t he let it out?”

“If the report doesn’t go public,” she added, “the president can’t put this behind him.”

Mueller has not said anything publicly about how he plans to conclude his investigation or when that could happen. His silence has created a guessing game about the probe’s timeline; many of the rumored due dates have come and gone without any end in sight.

Ending the investigation might mean Mueller has to accept that he won’t get to interview Trump himself. The president has not received a subpoena to force his testimony before a grand jury, Giuliani said.

So far, Trump has only answered written questions about events that took place before the election, meaning Mueller hasn’t had an opportunity to ask him about topics that could be relevant to an obstruction case.

“I’m really at a loss to determine why he hasn’t” subpoenaed Trump already, said Harry Litman, a former federal prosecutor. “It just doesn’t make sense to me.”

Although the president’s lawyers would undoubtedly fight a subpoena in court, “I think it’s really pretty clear (Mueller) would win,” Litman said.

“What is he going to get out of the president’s testimony that would really add to his analysis of the case?” Bennett said. “I don’t think there’s anything the president could tell him that would change his mind on whatever he’s finding.”

Proving that the president obstructed justice would require establishing his thinking behind certain decisions and whether they were intended to influence the investigation. But legal experts say other ways exist to do that besides speaking to him, such as digging up memos or interviewing his associates.

Paul Rosenzweig, who worked on the Starr investigation and is now a senior fellow at the R Street Institute in Washington, said that if Mueller already had everything he needed, “an interview with the president is probably unnecessary.”