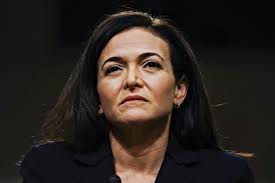 Sheryl Sandberg is stepping down from her role as Chief Operating Officer at Meta, the company formerly known as Facebook.

Sandberg joined Facebook in early 2008 as the No. 2 to Facebook CEO and co-founder Mark Zuckerberg, and helped turn Facebook into an advertising juggernaut and one of the most powerful companies in the tech industry, with a market cap that topped $1 trillion at one point.

Javier Olivan, the company’s chief growth officer, will take over as COO this fall. Sandberg, who informed Zuckerberg of her decision this past weekend, will continue to serve on Meta’s board of directors.

“Over the next few months, Mark and I will transition my direct reports,” Sandberg said in a lengthy Facebook post discussing stepping down. Meta is also planning an internal reorganization to go along with the change, Zuckerberg said.

“Looking forward, I don’t plan to replace Sheryl’s role in our existing structure. I’m not sure that would be possible since she’s a superstar who defined the COO role in her own unique way,” Zuckerberg said in a Facebook post.

“But even if it were possible, I think Meta has reached the point where it makes sense for our product and business groups to be more closely integrated, rather than having all the business and operations functions organized separately from our products,” he said.

Meta has come under fire in recent years for its massive influence, its lack of success in stopping the spread of misinformation and harmful material, and its acquisitions of one-time rivals like Instagram and WhatsApp. Zuckerberg and other execs have been forced to testify before Congress multiple times in the last three years, although Sandberg has largely escaped that spotlight. The company currently faces an antitrust lawsuit from the Federal Trade Commission and could see scrutiny from other agencies like the Securities and Exchange Commission after a whistleblower filed a complaint about its efforts to combat hate on its platform.

Speaking with CNBC’s Julia Boorstin, Sandberg said the decision to step down will allow her to focus more on her philanthropic work. The move is not because of the company’s regulatory overhang or its current advertising slowdown, she said.

Read more about tech and crypto from CNBC Pro

Sandberg leveraged her success with Facebook to elevate her own profile, especially among women in the workplace.

In 2013, she released the book “Lean In: Women, Work, and the Will to Lead,” focusing on the challenges women face in the workplace and what they can do to advance their careers.

In 2015, she was faced with the unexpected death of her husband Dave Goldberg, who suffered cardiac arrhythmia and collapsed on a treadmill. Sandberg has spoken at length about dealing with the grief of Goldberg’s passing, and in 2017, she released a book titled “Option B” centered around the topic.

Prior to Facebook, Sandberg served in the Treasury Department of the Clinton administration, then joined Google in 2001 and helped grow its advertising business.