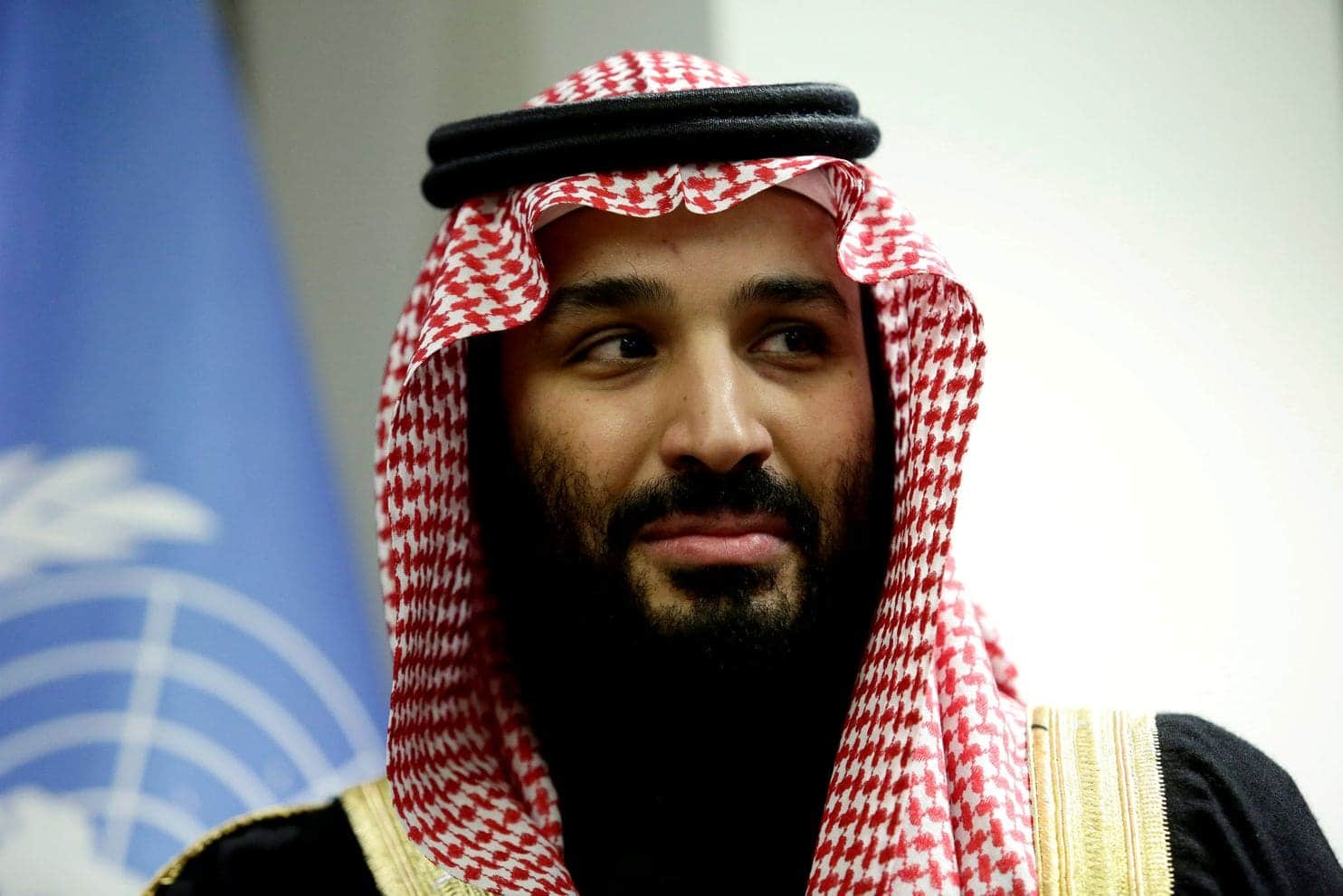 Washington: The CIA has concluded that Saudi Crown Prince Mohammed bin Salman ordered the assassination of journalist Jamal Khashoggi in Istanbul last month, contradicting the Saudi government’s claims that he was not involved. The CIA’s assessment, in which officials have said they have high confidence, is the most definitive to date linking Mohammed to the operation and complicates the Trump administration’s efforts to preserve its relationship with a close ally.

The CIA believes Saudi Crown Prince Mohammed bin Salman ordered the killing of journalist Jamal Khashoggi in Istanbul, according to sources familiar with the matter.

A team of 15 Saudi agents flew to Istanbul on government aircraft in October and killed Khashoggi inside the Saudi consulate, where he had come to pick up documents that he needed for his planned marriage to a Turkish woman.

In reaching its conclusions, the CIA examined multiple sources of intelligence, including a phone call that the prince’s brother Khalid bin Salman, the Saudi ambassador to the United States, had with Khashoggi, according to the people familiar with the matter who spoke on the condition of anonymity.

Khalid told Khashoggi, a contributing columnist to The Washington Post, that he should go to the Saudi consulate in Istanbul to retrieve the documents and gave him assurances that it would be safe to do so.

It is not clear if Khalid knew that Khashoggi would be killed, but he made the call at his brother’s direction, according to the people familiar with the call, which was intercepted by US intelligence.

The CIA’s conclusion about Mohammed’s role was also based on the agency’s assessment of the prince as the country’s de facto ruler who oversees even minor affairs in the kingdom.

“The accepted position is that there is no way this happened without him being aware or involved,” said a US official familiar with the CIA’s conclusions.

The CIA sees Mohammed as a “good technocrat,” the US official said, but volatile and arrogant, someone who “goes from zero to 60, doesn’t seem to understand that there are some things you can’t do.”

CIA analysts believe he has a firm grip on power and is not in danger of losing his status as heir to the throne despite the Khashoggi scandal. “The general agreement is that he is likely to survive,” the official said, adding that Mohammed’s role as the future Saudi king is “taken for granted.”

Over the past several weeks, the Saudis have offered multiple, contradictory explanations for what happened at the consulate. This week, the Saudi public prosecutor blamed the operation on a rogue band of operatives who were sent to Istanbul to return Khashoggi to Saudi Arabia, in an operation that veered off course when the journalist “was forcibly restrained and injected with a large amount of a drug resulting in an overdose that led to his death,” according to a report by the prosecutor.

The prosecutor announced charges against 11 alleged participants and said he would seek the death penalty against five of them.

The assassination of Khashoggi, a prominent critic of Mohammed’s policies, has sparked a foreign policy crisis for the White House and raised questions about the administration’s reliance on Saudi Arabia as a key ally in the Middle East and bulwark against Iran.

President Donald Trump has resisted pinning the blame for the killing on Mohammed, who enjoys a close relationship with Jared Kushner, the president’s son-in-law, and senior adviser. Privately, aides said, Trump has been shown evidence of the prince’s involvement but remains skeptical that Mohammed ordered the killing.

The president has also asked CIA and State Department officials where Khashoggi’s body is and has grown frustrated that they have not been able to provide an answer. The CIA does not know the location of Khashoggi’s remains, according to the people familiar with the agency’s assessment.

Among the intelligence assembled by the CIA is an audio recording from a listening device that the Turks placed inside the Saudi consulate, according to the people familiar with the matter. The Turks gave the CIA a copy of that audio, and the agency’s director, Gina Haspel, has listened to it.

The audio shows that Khashoggi was killed within moments of entering the consulate, according to officials in multiple countries who have listened to it or been briefed on its contents. Khashoggi died in the office of the Saudi consul general, who can be heard expressing his displeasure that Khashoggi’s body now needed to be disposed of and the facility cleaned of any evidence, according to people familiar with the audio recording.

The CIA also examined a call placed from inside the consulate after the killing by an alleged member of the Saudi hit team, Maher Mutreb, a security official who has often been seen at the crown prince’s side and who was photographed entering and leaving the consulate on the day of the killing.

RELATED ARTICLE
Mutreb called Saud al-Qahtani, then one of the top aides to Mohammed, and informed him that the operation had been completed, according to people familiar with the call.

This week, the Treasury Department sanctioned 17 individuals it said were involved in Khashoggi’s death, including Qahtani, Mutreb and the Saudi consul general in Turkey, Mohammad al-Otaibi.

The CIA’s assessment of Mohammed’s role in the assassination also tracks with information developed by foreign governments, according to officials in several European capitals who have concluded that the operation was too brazen to have taken place without Mohammed’s direction.

Turkish President Recep Tayyip Erdogan has said his government has shared the audio with Germany, France, the United Kingdom, and Saudi Arabia.

In addition to calls and audio recordings, CIA analysts also linked some members of the Saudi hit team directly to Mohammed himself. Some of the 15 members have served on his security team and traveled in the United States during visits by senior Saudi officials, including the crown prince, according to passport records reviewed by The Washington Post.

The US had also obtained intelligence before Khashoggi’s death that indicated he might be in danger. But it wasn’t until after he disappeared, on October 2, that US intelligence agencies began searching archives of intercepted communications and discovered material indicating that the Saudi royal family had been seeking to lure Khashoggi back to Riyadh.

Two US officials said there has been no indication that officials were aware of this intelligence in advance of Khashoggi’s disappearance or had missed any chance to warn him.

Khashoggi “was not a person of interest,” before his disappearance, and the fact that he was residing in Virginia meant that he was regarded as a US person and therefore shielded from US intelligence gathering, one of the officials said.

Trump has told senior White House officials that he wants Mohammed to remain in power because Saudi Arabia helps to check Iran, which the administration considers its top security challenge in the Middle East. He has said that he does not want the controversy over Khashoggi’s death to impede oil production by the kingdom.

One lingering question is why Mohammed decided to kill Khashoggi, who was not agitating for the crown prince’s removal.

A theory the CIA has developed is that Mohammed believed Khashoggi was a dangerous Islamist who was too sympathetic to the Muslim Brotherhood, according to people familiar with the assessment. Days after Khashoggi disappeared, Mohammed relayed that view in a phone call with Kushner and John Bolton, the national security adviser, who has long opposed the Brotherhood and seen it as a regional security threat.

Mohammed’s private condemnation of the slain journalist stood in contracts to his government’s public comments, which mourned Khashoggi’s killing as a “terrible mistake” and a “tragedy.”

US officials are unclear on when or whether the Saudi government will follow through with its threatened executions of the individuals blamed for Khashoggi’s killing. “It could happen overnight or take 20 years,” the US official said, adding that the treatment of subordinates could erode Mohammed’s standing going forward.

In killing those who followed his orders, “it’s hard to get the next set [of subordinates] to help,” the official said.