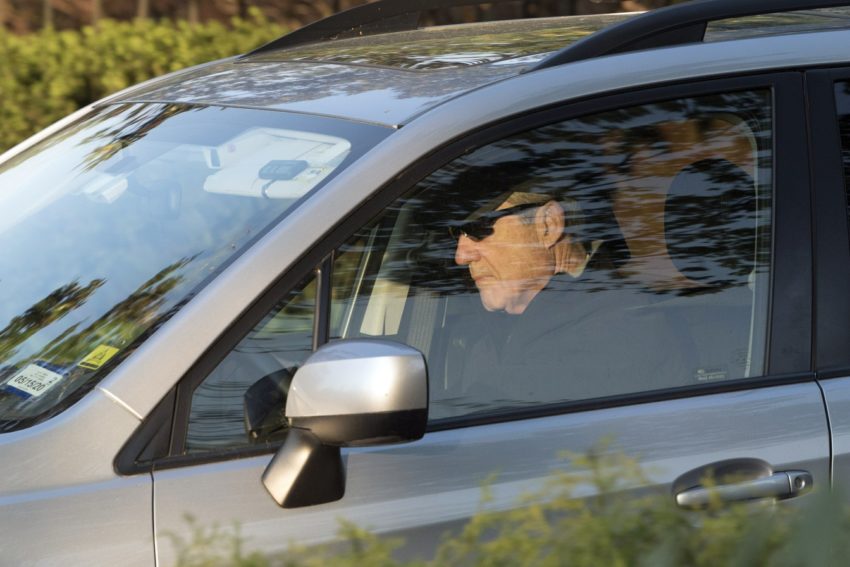 The Justice Department has posted the Mueller report here.

Attorney General William Barr previewed the release of the long-anticipated report by special counsel Robert Mueller on Russian interference in the 2016 election. Barr held a press conference Thursday morning to discuss the report’s release.
The report will be delivered on CDs to Capitol Hill at 11 a.m. before being posted publicly on the special counsel’s website, Barr said.

Barr said Mueller found no evidence of anyone connected to the Trump campaign conspiring with the Russians to interfere in the 2016 elections.

He said Mueller had examined 10 instances of potential obstruction of justice, but said he and Deputy Attorney General Rod Rosenstein did not find the evidence to be sufficient to establish Mr. Trump obstructed justice.

Democratic members of Congress raised concerns on Wednesday about the timing of the release, blasting the Justice Department for preparing to release it only after Barr’s press conference.

Mr. Trump tweeted a “Game of Thrones” reference soon after the press conference, with a graphic that read “Game Over.” He was scheduled to speak at an event at the White House shortly before the report was delivered to lawmakers.

A redacted version of Mueller’s report was released Thursday morning.

The California Democrat is referring to Barr’s morning news conference, where he said the report found no cooperation between Donald Trump’s 2016 presidential campaign and Russian interference in that election. Pelosi is also citing Barr’s statement that he gave Trump’s personal attorney an early look at the report, before its public release.

Pelosi says it is “more urgent than ever” that Mueller testify before Congress. House Judiciary Committee Chairman Jerrold Nadler has formally invited Mueller to testify as soon as possible.

A redacted version of Mueller’s report is due to be released later Thursday morning.

The tweet by New York Democratic Sen. Chuck Schumer also says it is time to release Mueller’s report on his investigation into the Trump 2016 presidential campaign and Russian interference in the election. Schumer is Senate minority leader.

Barr told reporters at a news conference that the report found no cooperation between the campaign and Russia and no effort by Trump to thwart investigators.

The Justice Department planned to release the report later Thursday morning. Barr says portions of it will be blacked out to protect national security secrets, grand jury investigations and other sensitive information. Democrats have said they want the full report released.

Attorney General William Barr says he and deputy Rod Rosenstein disagreed with some of special counsel Robert Mueller’s “legal theories” pertaining to obstruction of justice, but that didn’t influence their decision that President Donald Trump didn’t commit a crime.

In a press conference ahead of the report’s expected release, Barr says Mueller reviewed 10 episodes as part of his investigation into whether Trump committed obstruction of justice. Barr says he and Rosenstein “felt that some of the episodes examined did not amount to obstruction as a matter of law.”

The attorney general maintains that they set their feelings on the matter aside and accepted Mueller’s “legal framework for purposes of our analysis” when they determined that the evidence gathered by Mueller was “not sufficient to establish” that Trump had violated the law.

A Republican Ohio congressman who’s been one of President Donald Trump’s staunchest defenders is hailing Attorney General William Barr’s statements that the special counsel’s report has concluded there is no evidence that Trump’s campaign conspired with Russia to influence the 2016 election or that he tried thwarting investigators.

Rep. Jim Jordan is tweeting, “No collusion! No obstruction! Complete cooperation from the President. No executive privilege asserted.”

Jordan issued his remarks shortly after Barr spoke to reporters. The report was expected to be released later Thursday morning.

The chairman of the House Judiciary Committee is asking special counsel Robert Mueller to testify before his panel as soon as possible about his report on the Trump campaign and Russian interference in the 2016 presidential election.

Chairman Jerrold Nadler released a three-sentence letter to Mueller requesting his appearance, minutes after Attorney General William Barr ended a news conference in which he described the special counsel’s report. The New York Democrat tweeted that Congress and the public need to hear directly from Mueller to “better understand his findings.”

Nadler wrote in his letter that he wants Mueller to testify by May 23 and asked for his “prompt attention” to the request.

Barr said at his news conference that he did not object to Mueller testifying.

Barr says three other categories of information also were redacted in the publicly released report, including information pertaining to ongoing prosecutions and sensitive intelligence sources and methods.

Barr says he hopes that giving Congress access to the less redacted report and his upcoming testimony on Capitol Hill “will satisfy any need Congress has for information regarding the special counsel’s investigation.”

Barr spoke Thursday at a news conference with reporters shortly before the report’s release.

Attorney General William Barr says he has “no objection” to special counsel Robert Mueller testifying before Congress about his investigation.

Barr says: “I have no objection to Bob Mueller personally testifying.”

Mueller remains a Justice Department employee, and Barr could have blocked Mueller from speaking to Congress. Democrats have discussed calling Mueller to testify but have yet to formally ask.

He said the White House counsel reviewed a redacted version of the report before Trump decided not to invoke executive privilege.

Barr said “no material has been redacted based on executive privilege.”

Barr spoke Thursday at a news conference with reporters.

Barr says Mueller did not reach a “prosecutorial judgment” and that he and Deputy Attorney General Rod Rosenstein concluded the evidence was not sufficient to establish the president committed an offense.

Barr spoke Thursday at a news conference with reporters.

That’s according to Attorney General William Barr, who said in Thursday’s press conference that Trump’s personal attorneys requested and were granted access to the report “earlier this week.”

Barr says Trump’s lawyers “were not permitted to make, and did not request, any redactions.”

He told reporters at the Justice Department that he would transmit to Congress copies of the public version of Mueller’s investigation into Russian interference during the 2016 election and President Donald Trump’s campaign.

Democrats complained that Barr’s news conference was an effort to influence reaction to the report ahead of its release.

President Donald Trump is blasting the investigation into Russian election meddling as “The Greatest Political Hoax of all time!” hours before the long-awaited released of special counsel Robert Mueller’s report Thursday.

Trump tweeted, “Crimes were committed by Crooked, Dirty Cops and DNC/The Democrats,” although there is no evidence of that. Trump frequently calls the probe into contacts between his 2016 campaign and Russia a “witch hunt.”

After nearly two years of waiting, America will get its first glimpse of Mueller’s report later Thursday— but not before Attorney General William Barr weighs in at a 9:30 a.m. press conference.

A redacted version of the nearly 400-page report will be delivered to Congress on CDs between 11 a.m. and noon and then be posted for the public on the special counsel’s website.

That’s according to a Justice Department official who wasn’t authorized to speak publicly on the matter. Barr has faced intense criticism from Democrats over his decision to hold a news conference before releasing Mueller’s report to the American people and Congress.

Barr is scheduled to release a redacted version of Mueller’s report. Lawmakers have said they want to see the full report, without redactions.

Congress’ top Democrats are calling for special counsel Robert Mueller to appear before Congress “as soon as possible” to testify about his report on Russia election meddling and contacts with the Trump campaign.

House Speaker Nancy Pelosi and Senate Democratic Leader Chuck Schumer said in a statement Thursday that Attorney General William Barr’s “partisan handling” of Mueller’s report has “resulted in a crisis of confidence in his independence and impartiality.”

Barr is scheduled to release a redacted version of Mueller’s report Thursday after he holds a news conference about it.

Pelosi and Schumer criticized Mueller’s plan to “spin the report in a press conference” before allowing Congress and the public to see it. They said “the American people deserve to hear the truth.”

A redacted version of the special counsel’s report on Russian election interference and the Trump campaign is stirring controversy even before its release.

Democrats say a news conference ahead of the redacted report’s release on Thursday allows Attorney General William Barr to spin its contents before lawmakers and the public have a chance to read it.

The nearly 400-page report is expected to reveal what special counsel Robert Mueller uncovered about ties between the Trump campaign and Russia that fell short of criminal conduct.

Democrats have vowed to fight in court for the disclosure of additional information from the report. They are expected to seize on any negative portrait of the president to demand the release of the full report.