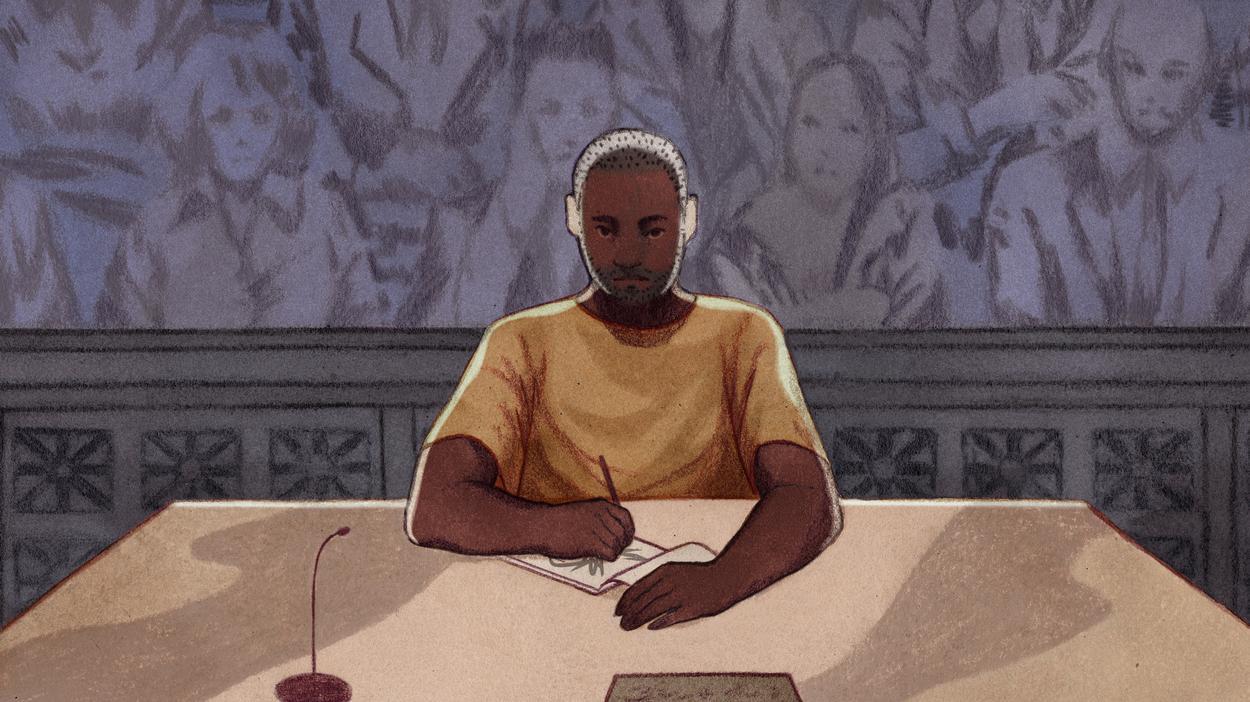 I can picture Kia now at the defense table, slumped down, doodling on a pad. I was reading his body language, and he just didn’t seem to care about what was going on. I thought, if he doesn’t care, why should we? His attitude seemed to say: Yeah, I did it.

It was my first time on a jury. I was 31, balancing two jobs while going to graduate school. It was 2009, New Orleans was infested with crime, and I remember feeling like I wanted to be part of justice. During jury selection, the prosecutors asked if I could convict someone based on the testimony of a single eyewitness, and I said, in theory, I could.

It was a very short trial. The victim’s name was Bryant Craig, and a friend of his got on the stand. Four years earlier, they had been driving and almost hit a pedestrian. The pedestrian ended up shooting Craig, and the friend seemed confident it was 17-year-old Kia Stewart. The friend’s story never changed. He didn’t stutter. I thought: If I’d seen my friend murdered, I would remember who I saw do it.

The defense was an embarrassment. It was a group of law students and their professor. The students did their best, but they just did not have much evidence to present. They had the 911 tape, and pointed out that it included no mention of Stewart. Their argument wasn’t compelling. I thought: Is this a joke?

Two of the jurors were lawyers, and as we deliberated they asked us what we all thought. I remember feeling that, if the prosecution made some mistake, surely those attorneys would have pointed it out. I don’t usually jump on the bandwagon, but they seemed to know what they were doing, and they thought he was guilty.