Alexandria Ocasio-Cortez Responds to Criticism of Her Posh Photo Shoot Outfit: ‘Get Used to Me Slaying Lewks’

Alexandria Ocasio-Cortez is not letting the criticism of her photo shoot look go unnoticed.

Talk of her too posh clothes has sparked a lot of talk in conservative circles lately.

During a segment on Fox and Friends on Saturday, the hosts joined in the slamming of the congressional candidate for wearing an expensive outfit during a photo shoot.

“And then there is this. The rising star of the Democratic Party has expensive tastes for a socialist,” guest host Katie Pavlich said.

She continued on: “For a photo shoot for Interview Magazine. Her pantsuit — appropriate — retailing more than $2,800 alone. And the shoes $600 bucks.”

Pete Hegseth then chimed in, “It’s tough being a socialist. It really is.”

Pavlich, though, wasn’t done. “I mean I want a pair of $600 shoes. I think she should redistribute…hypocrisy at its best.”

The team at Fox and Friends was not the only ones bashing Ocasio-Cortez for the clothes she wore for the photo shoot.

“Alexandria Ocasio-Cortez, who pretends to be a champion of the people & believes the unemployment went down because we’re taking two jobs, just posed in a photo shoot with a $3,500 outfit, $625 shoes all while saying the rich have too much power and that socialism hasn’t been tried,” he wrote.

Alexandria Ocasio-Cortez, who pretends to be a champion of the people & believes the unemployment went down because were taking two jobs, just posed in a photoshoot with a $3,500 outfit, $625 shoes all while saying the rich have too much power and that socialism hasn’t been tried

She then added: “Get used to me slaying lewks because I am an excellent thrift shopper.” 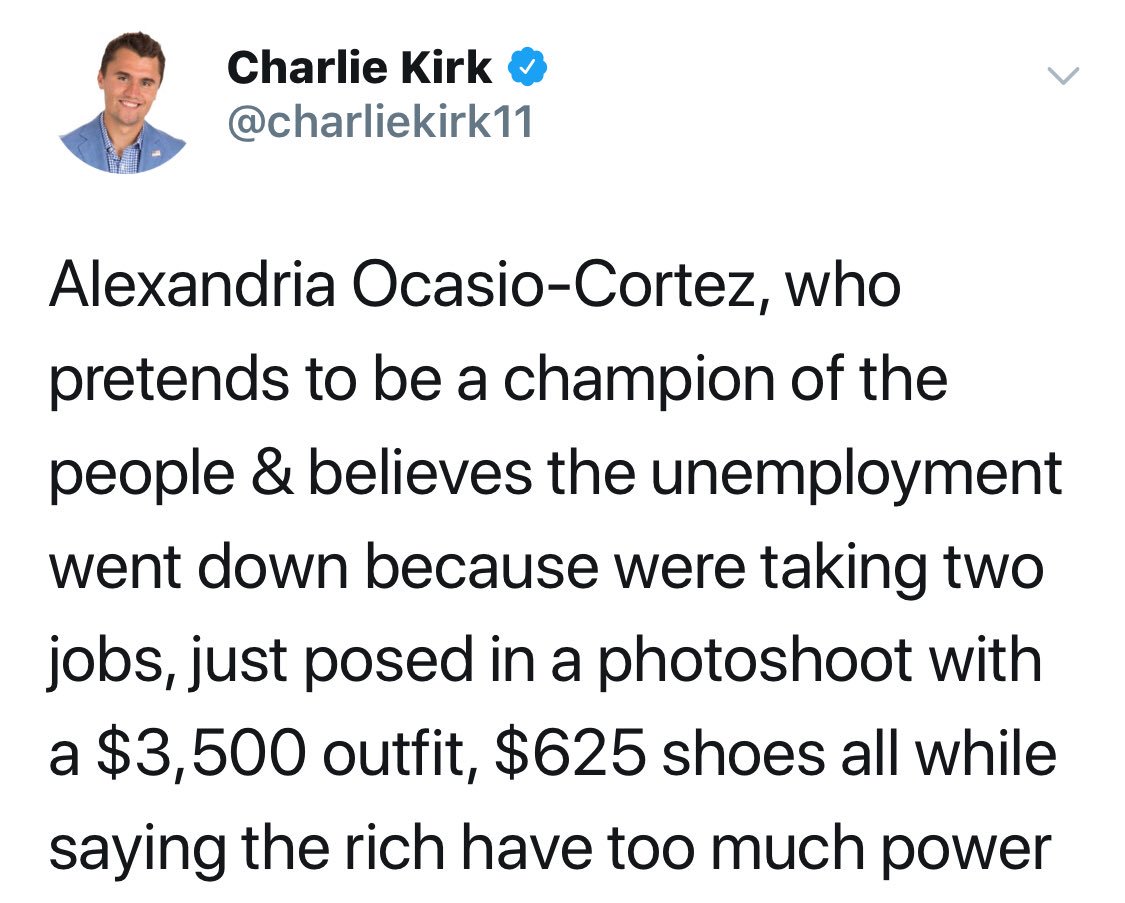 b) You don’t get to keep the clothes, duh