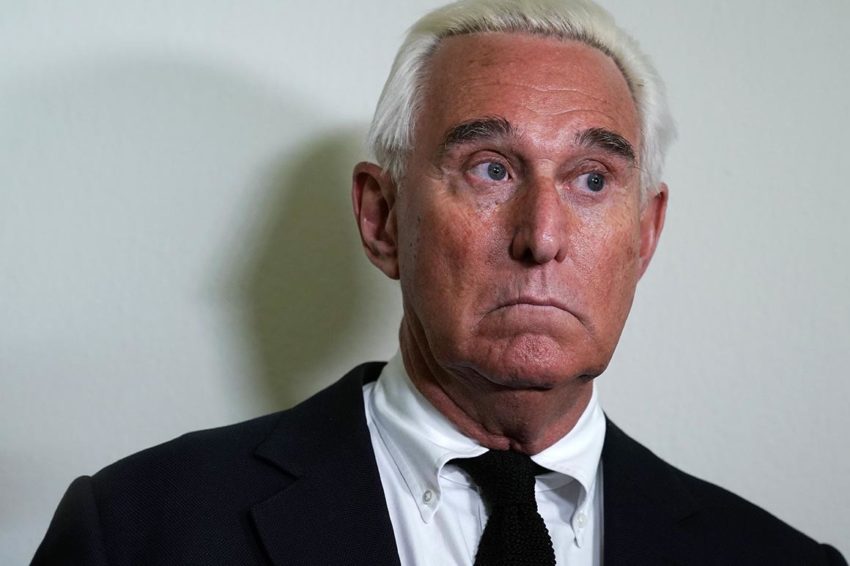 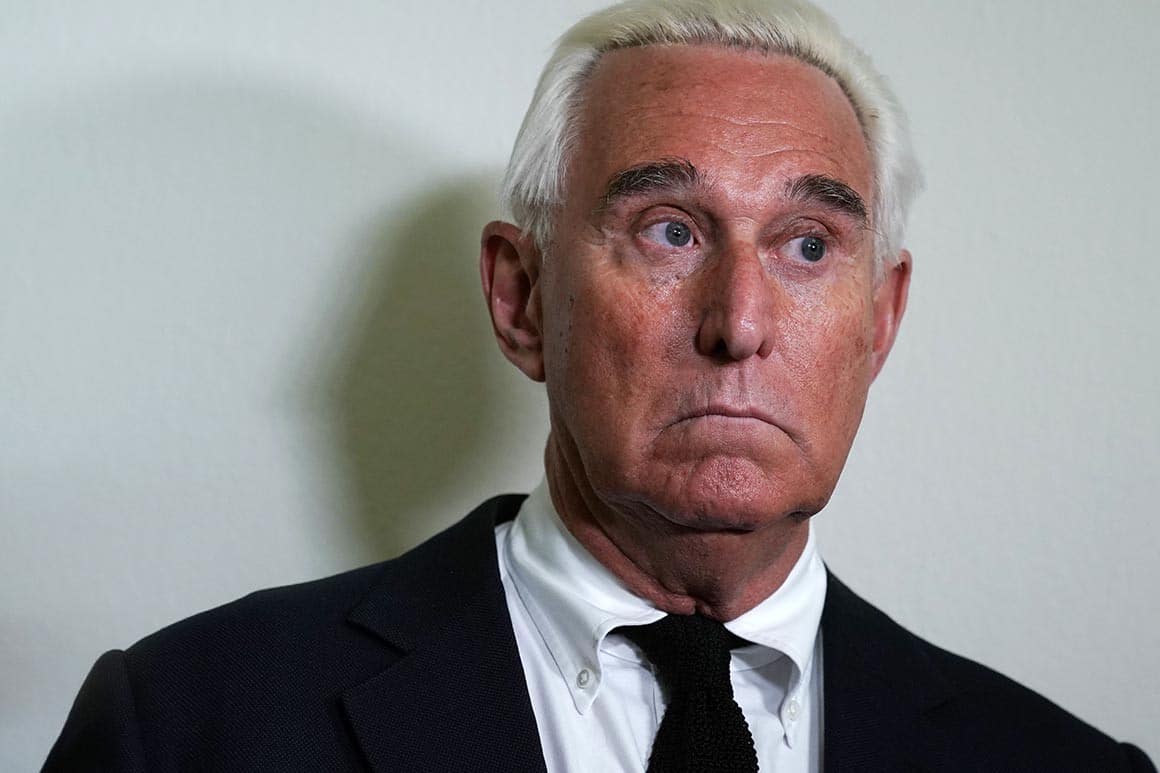 Shouting “FBI, open the door,” authorities arrested Roger Stone, a confidant of President Donald Trump, before dawn Friday in a criminal case that revealed that senior members of the Trump campaign sought to benefit from the release of hacked emails damaging to Hillary Clinton.

The indictment provides the most detail to date about how Trump campaign associates in the summer of 2016 were actively seeking the disclosure of emails the U.S. says were hacked by Russia, then provided to the anti-secrecy website WikiLeaks. It alleges that unidentified senior Trump campaign officials contacted Stone to ask when stolen emails relating to Clinton might be disclosed.

The indictment does not charge Stone with conspiring with WikiLeaks or with the Russian officers Mueller says hacked the emails. Instead, it accuses him of lying to Congress about WikiLeaks, tampering with witnesses and obstructing the probe into whether the Trump campaign coordinated with the Kremlin to tip the election.

Some of those false statements were made to the House intelligence committee, prosecutors allege.

CNN aired video of the raid at Stone’s Fort Lauderdale, Florida, home, showing FBI agents in body armor using large weapons and night-vision equipment, running up to the home and banging repeatedly on the door.

“FBI open the door!” one shouts. “FBI, warrant!” Stone could then be seen in the doorway in his sleepwear before he was led away. He is expected to appear in court later Friday.

Stone is the sixth Trump aide charged in Mueller’s investigation into potential coordination between Russia and the Trump campaign and the 34th person overall. The investigation has laid bare multiple contacts between Trump associates and Russia during the campaign and transition period and efforts by several to conceal those communications.

The case against Stone comes weeks after Trump’s former national security adviser, Michael Flynn, was castigated by a judge in open court and just hours before Paul Manafort, his ex-campaign chairman, was due in court on allegations that he had lied to Mueller’s prosecutors.

In referring to Trump campaign officials and their desire to leverage hacked emails, the criminal case brings Mueller’s investigation into the president’s inner circle but it does not accuse the president of any wrongdoing or reveal whether he had advance knowledge of the WikiLeaks trove.

Sarah Huckabee Sanders, Trump’s press secretary, told CNN on Friday the charges brought against Stone “don’t have anything to do with the president.”

Well-known for his political antics and hardball tactics, Stone has revealed in being a Washington wheeler-dealer dating back to the Nixon administration. He has also pushed several conspiracy theories and was an early and vocal supporter of Trump’s candidacy.

Stone was one of Trump’s earliest political advisers, encouraging both his presidential runs. He briefly served on Trump’s 2016 campaign but was pushed out amid infighting with then-campaign manager Corey Lewandowski. Stone continued communicating with Trump on occasion and stayed plugged into the circle of advisers — both formal and informal — who worked with and around Trump.

According to the indictment, many of Stone’s conversations during the campaign involved WikiLeaks. The indictment lays out in detail Stone’s conversations about stolen Democratic emails posted by the group in the weeks before Trump, a Republican, beat Clinton. Mueller’s office has said those emails, belonging to Clinton campaign chairman John Podesta, were hacked by Russian intelligence officers.

The document says that by June and July 2016, Stone had told senior Trump campaign officials that he had information indicating that WikiLeaks had obtained documents that could be damaging to Clinton’s campaign.

After July 22, 2016, WikiLeaks release of hacked emails from the Democratic National Committee, the indictment says a senior Trump campaign official “was directed” to contact Stone about additional releases and “what other damaging information” WikiLeaks had “regarding the Clinton campaign.” The indictment does not name the official or say who directed the outreach to Stone.

Another Trump campaign official cited in the indictment is Steve Bannon, who later became Trump’s chief strategist in the White House. Bannon referred to as a “high-ranking Trump Campaign official,” exchanged emails with Stone in October 2016 about WikiLeaks’ plans for releasing hacked material. The indictment quotes from those emails, which had previously been made public by news outlets.

While the indictment provides some new insight into the Trump campaign, it deals largely with what prosecutors say were Stone’s false statements about his conversations with conservative writer and conspiracy theorist, Jerome Corsi, and New York radio host, Randy Credico. Corsi is referred to as Person 1 in the indictment, and Credico as Person 2.

The indictment accuses Stone of carrying out a “prolonged effort” to keep Credico from contradicting his testimony before the House intelligence committee. During that effort, prosecutors note that Stone repeatedly told Credico to “do a ‘Frank Pentangeli,’” a reference to a character in “The Godfather: Part II” who lies before a congressional committee.

Stone is also accused of threatening Credico. The indictment cites several messages, some of which have already been public, that Stone sent to Credico last year. On April 9, Stone called Credico a “rat” and a “stoolie” and accused him of backstabbing his friends. Stone also threatened to “take that dog away from you,” a reference to Credico’s dog, Bianca.

“I am so ready. Let’s get it on. Prepare to die (expletive),” Stone also wrote to Credico.

The indictment had been expected. Stone has said for months he was prepared to be charged, though he has denied any wrongdoing. A grand jury for months had heard from witnesses connected to Stone. And the intelligence committee last year voted to release a transcript of Stone’s testimony to Mueller as a precursor to an indictment.

On Thursday, hours before his arrest, Stone posted on Instagram a photo of himself with Trump and the caption, “Proud of my President.” He also posted a screenshot of a CNN segment and complained that the network had found the “worst photo of me possible.”

Stone has publicly denigrated the Mueller investigation and echoed the president’s descriptions of it as a witch hunt. But he has long attracted investigators’ attention, especially in light of a 2016 tweet that appeared to presage knowledge that emails stolen from Podesta would soon be released. Stone has said he had no inside information about the contents of the emails in WikiLeaks’ possession or the timing of when they’d be released.

Stone has said he learned from Credico that WikiLeaks had the emails and planned to disclose them. Stone has also spoken openly about his contacts with Corsi.

Credico hasn’t been accused of any wrongdoing. Last year, Mueller’s prosecutors offered a plea agreement to Corsi that would have required him to admit that he intentionally lied to investigators about a discussion with Stone about WikiLeaks. But he rejected the offer and denied that he lied.

By ERIC TUCKER and CHAD DAY