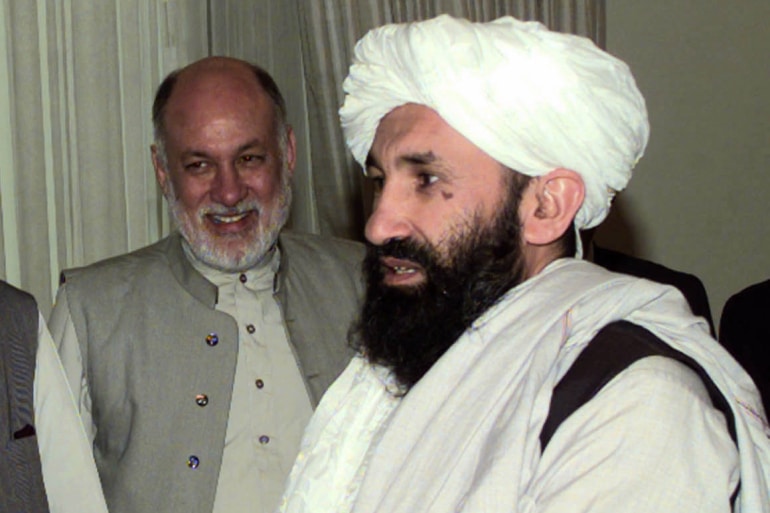 The Taliban has appointed Mohammad Hasan Akhund, a close aide to the group’s late founder Mullah Omar, as head of Afghanistan’s new caretaker government, weeks after it took control of the country in a rapid offensive.

The list of cabinet members announced by chief spokesman Zabihullah Mujahid on Tuesday was dominated by members of the group’s old guard, with no women included.

KEEP READING
Who are the men leading the Taliban’s new government?
Aid groups warn of ‘impending humanitarian crisis’ in Afghanistan
That time the Vietnam War led to the war in Afghanistan
Hundreds wait for clearance to leave Afghanistan’s Mazar airport

Abdul Ghani Baradar, the head of the Taliban’s political office, will be the deputy leader while Sirajuddin Haqqani, son of the founder of the Haqqani Network, has been named as interior minister.

Mullah Mohammad Yaqoob, son of Mullah Omar, has been named as defense minister. Hedayatullah Badri will be the acting minister of finance, while Amir Khan Muttaqi, a Taliban negotiator in Doha, was named foreign minister. 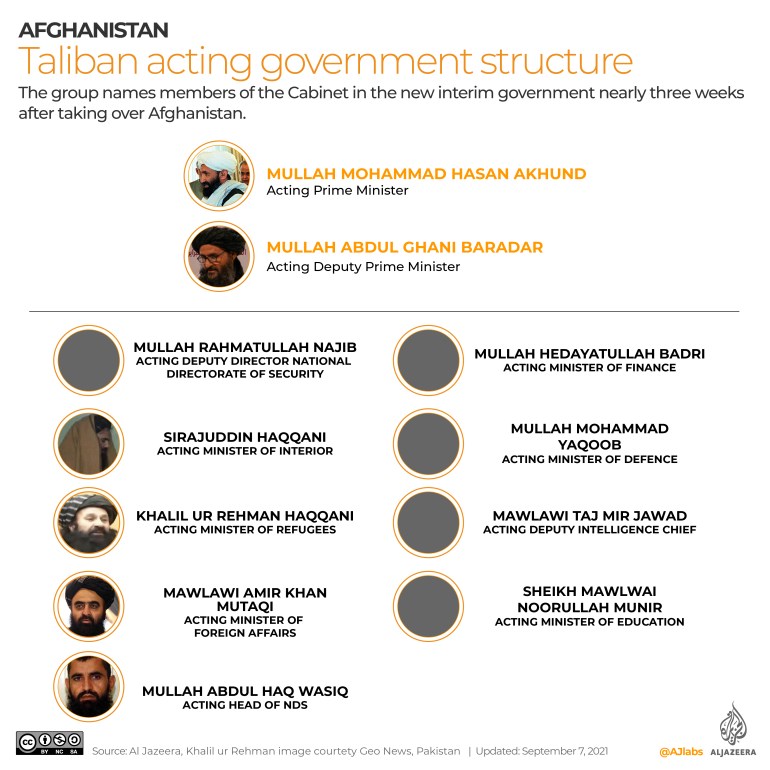 “The Islamic Emirate decided to appoint and announce a caretaker cabinet to carry out the necessary government works,” said Mujahid, who named 33 members of “the new Islamic government” and said the remaining posts will be announced after careful deliberation.

Speaking at a news conference in the Afghan capital, Kabul, Mujahid stressed the cabinet was an “acting” government and that the group will “try to take people from other parts of the country”.

Akhund, the acting prime minister, is on a United Nations sanctions list.

Hailing from Kandahar, the birthplace of the Taliban, Akhund was previously the foreign minister and then deputy prime minister during the group’s last stint in power from 1996 to 2001.

He is the longtime chief of the Taliban’s powerful decision-making body Rehbari Shura, or leadership council.

Haqqani, the new interior minister, is the son of the founder of the Haqqani network, designated as a “terrorist” organization by the United States. He is one of the FBI’s most wanted men.

“It’s also important to say that a lot of these names, the vast majority of them are actually Pashtun and are not taking into consideration, arguably critics would say, the vast great ethnic diversity of this country.”

Commenting on the Taliban’s announcement, Obaidullah Baheer, of the American University of Afghanistan, said it did not do “their cause for international recognition any favors”.

“The amount of time spent wasn’t on discussing or negotiating inclusivity or potential power-sharing with other political parties. That time was spent on knowing how to split that pie amongst their own ranks,” Baheer told Al Jazeera from Kabul.

The Taliban, which seized Kabul on August 15 in a lightning push that removed the Western-backed president, has been expected to announce a government since the US-led evacuation of foreign forces was completed at the end of August.