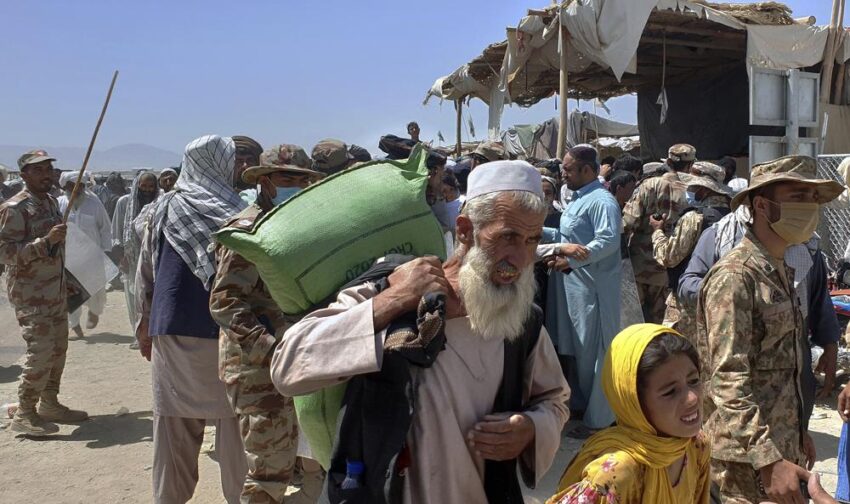 The Taliban completed their sweep of Afghanistan’s south on Friday, taking four more provincial capitals in a lightning offensive that brought them closer to Kabul just weeks before the U.S. is set to officially end its two-decade war.

In the last 24 hours, the country’s second-and third-largest cities — Herat in the west and Kandahar in the south — have fallen to the insurgents, as has the capital of the southern province of Helmand, where American, British, and NATO forces fought some of the bloodiest battles of the conflict.

The blitz through the Taliban’s southern heartland means the insurgents now hold half of Afghanistan’s 34 provincial capitals and control more than two-thirds of the country. The Western-backed government in the capital, Kabul, still holds a smattering of provinces in the center and east, as well as the northern city of Mazar-i-Sharif.

While Kabul is not directly under threat yet, the resurgent Taliban were battling government forces in Logar province, some 80 kilometers (50 miles) from the capital. The U.S. military has estimated that Kabul could come under insurgent pressure within 30 days and that the Taliban could overrun the rest of the country within a few months. They have already taken over much of the north and west of the country. 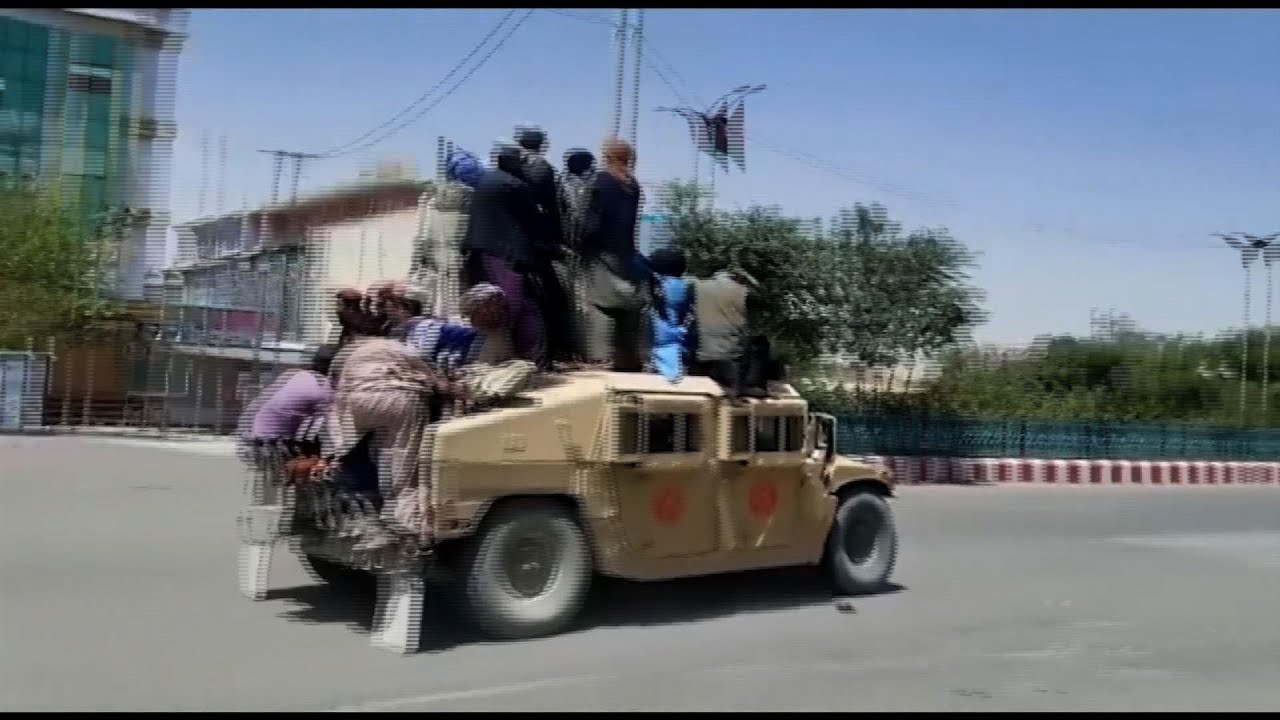 In the south, insurgents swept through three provincial capitals on Friday.

The Taliban captured Lashkar Gah following weeks of heavy fighting and raised their white flag over governmental buildings, said Attaullah Afghan, the head of the provincial council in Helmand. He said that three army bases outside of the city remain under government control.

In Tirin Kot, the capital of the southern Uruzgan province, Taliban fighters paraded through a main square, driving a Humvee and a pickup seized from Afghan forces. Local officials confirmed that the Taliban also captured the capitals of Zabul province in the south and Ghor in the west.

With security rapidly deteriorating, the United States planned to send in 3,000 troops to help evacuate some personnel from the U.S. Embassy in Kabul. Britain and Canada are also sending forces to aid their evacuations. Denmark said it will temporarily close its embassy, while Germany is reducing its embassy staff to the “absolute minimum.”

The United Nations chief urged the Taliban to immediately halt the offensive and negotiate “in good faith” to avert a prolonged civil war. In his strongest appeal to the Islamic militant group, Secretary-General Antonio Guterres said he was “deeply disturbed” by indications that the Taliban were “imposing severe restrictions in the areas under their control, particularly targeting women and journalists.”

Hundreds of thousands of Afghans have fled their homes amid fears the Taliban will return the country to the sort of brutal, repressive rule it imposed when it was last in power at the turn of the millennium. At that time, the group all but eliminated women’s rights and conducted public executions as it imposed an unsparing version of Islamic law. An early sign of such tactics came in Herat, where insurgents paraded two alleged looters through the streets on Friday with black makeup smeared on their faces.

There are also concerns that the fighting could plunge the country into civil war, which is what happened after the Soviets withdrew in 1989.

“We are worried. There is fighting everywhere in Afghanistan. The provinces are falling day by day,” said Ahmad Sakhi, a resident of Kabul. “The government should do something. The people are facing lots of problems.”

The U.N. refugee agency said nearly 250,000 Afghans have been forced to flee their homes since the end of May, and 80% of those displaced are women and children. In all, the agency said, some 400,000 civilians have been displaced since the beginning of the year, joining millions who have fled previous rounds of fighting in recent decades.

Peace talks in Qatar between the Taliban and the government remain stalled, though diplomats are still meeting, as the U.S., European and Asian nations warned that battlefield gains would not lead to political recognition.

“We demand an immediate end to attacks against cities, urge a political settlement, and warn that a government-imposed by force will be a pariah state,” said Zalmay Khalilzad, the U.S. envoy to the talks.

But the Taliban advance continued.

Fighting was still underway inside Puli-e Alim, with government forces holding the police headquarters and other security facilities, said Hasibullah Stanikzai, the head of the Logar provincial council. He spoke by phone from his office, and gunfire could be heard in the background. The Taliban, however, said they had captured the police headquarters and a nearby prison. 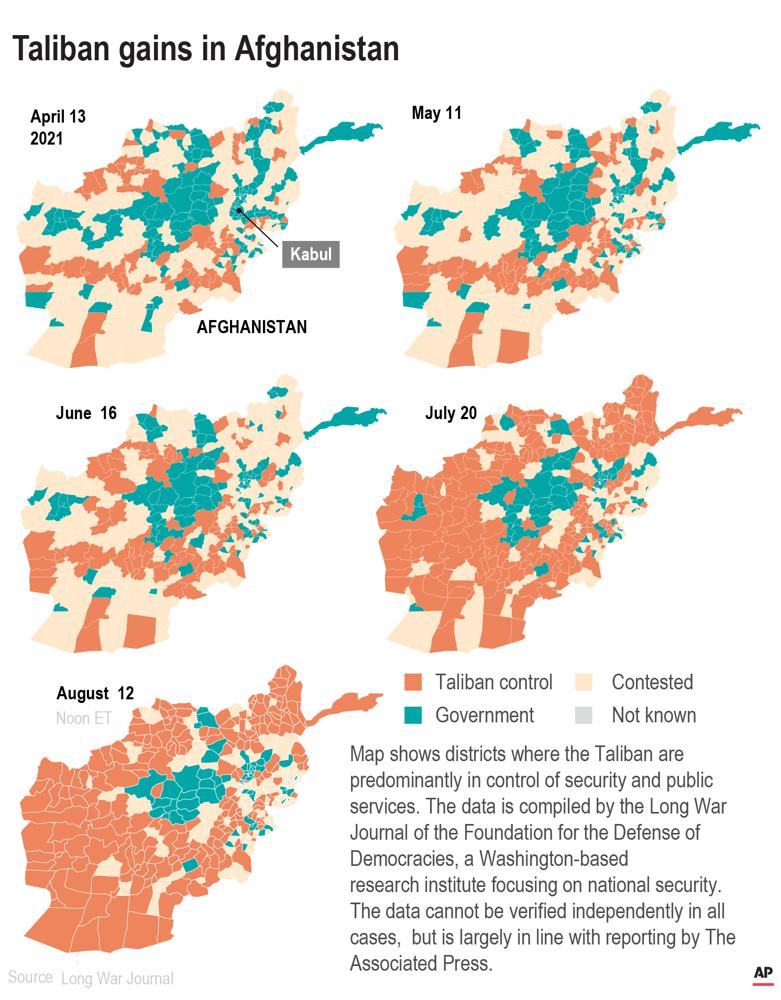 The onslaught represents a stunning collapse of Afghan forces after the United States spent nearly two decades and $830 billion trying to establish a functioning state. U.S. forces toppled the Taliban in the wake of the Sept. 11, 2001, attacks, which al-Qaida planned and executed while being sheltered by the Taliban government.

With only weeks remaining before the U.S. plans to withdraw its last troops, the fighters now advancing across the country ride on American-made Humvees and carry M-16s pilfered from Afghan forces.

Bill Roggio, a senior fellow at the Foundation for Defense of Democracies, said the Afghan army has rotted from within due to corruption and mismanagement, leaving troops in the field poorly equipped and with little motivation to fight. The Taliban, meanwhile, have spent a decade taking control of large swaths of the countryside.

That allowed them to rapidly seize key infrastructure and urban areas once President Joe Biden announced the timeline for the U.S. withdrawal, saying he was determined to end America’s longest war.

“Whatever forces are left or remaining that are in the Kabul area and the provinces around them, they’re going to be used for the defense of Kabul,” Roggio said. “Unless something dramatically changes, and I don’t see how that’s possible, these provinces (that have fallen) will remain under Taliban control.”

A day earlier, in Herat, Taliban fighters rushed past the Great Mosque in the historic city — a structure that dates to 500 BC and was once a spoil of Alexander the Great — and seized government buildings. Herat had been under militant attack for two weeks.

In Kandahar, insurgents seized the governor’s office and other buildings, and officials fled, witnesses said. They spoke on condition of anonymity because the defeat has yet to be acknowledged by the government, which has not commented on the latest advances.

Meanwhile in neighboring Pakistan, the country’s national security adviser urged Afghan leaders to seek a negotiated settlement with the Taliban to avoid further violence. Moeed Yusuf made the appeal Friday while speaking to reporters in the Pakistani capital of Islamabad.