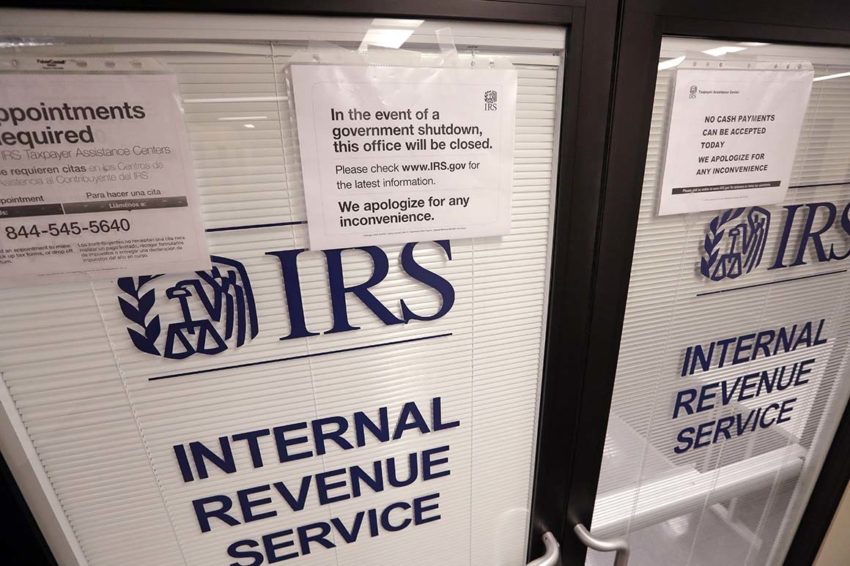 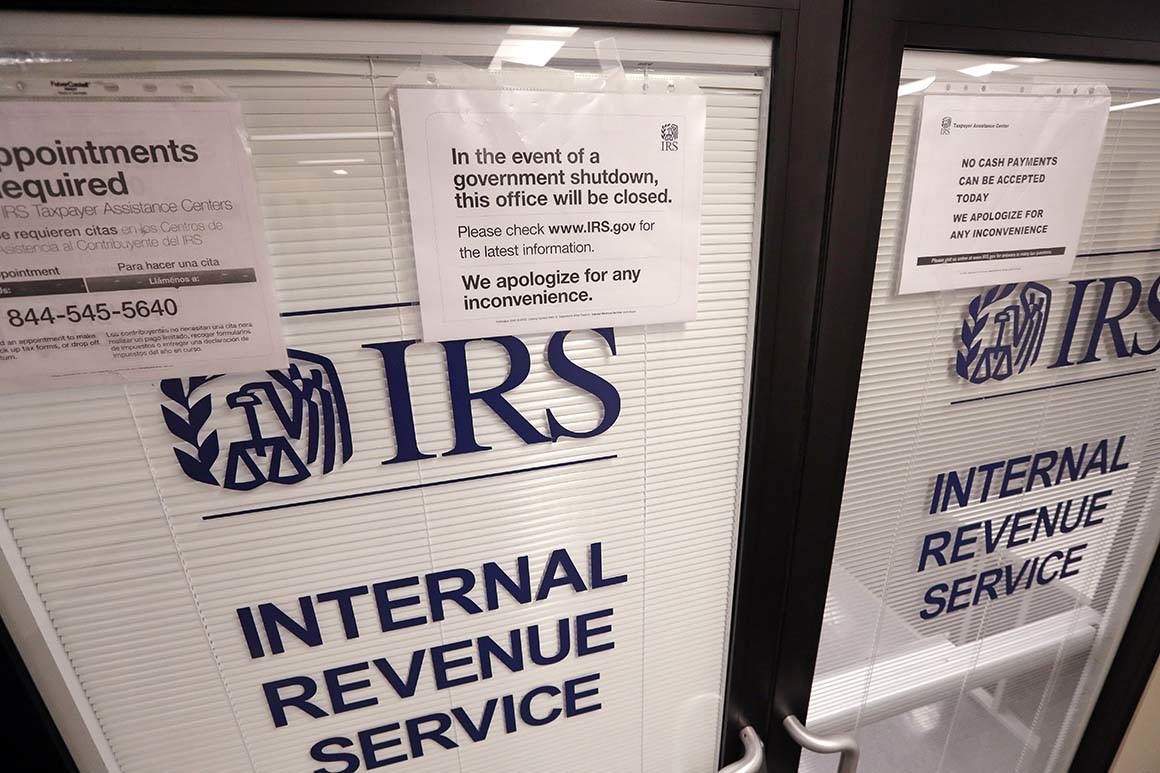 The IRS is facing tax season amid the shutdown with new rules that could complicate filing for millions of Americans — and a potential shortage of workers to handle the returns — raising the possibility of refund delays and angry taxpayers. As it prepares to accept 2018 filings beginning Monday, the administration has recalled tens of thousands of IRS employees, but there are already signs that some will be no-shows because they’re facing the prospect of working without pay. An IRS union says some are taking advantage of rules allowing them to stay home if they face financial hardships.

The public, meanwhile, will be filing for the first time under Republicans’ sweeping tax overhaul, H.R. 1, and many will surely be confused by changes made as part of the biggest tax code rewrite in a generation. At the same time, even experts are unsure whether workers have had the correct amount of taxes withheld from their paychecks, which could mean that many people accustomed to receiving refunds may instead owe the IRS. “The politicians are playing with dynamite if something goes wrong during filing season,” said former IRS Commissioner Larry Gibbs, who served during the Reagan administration. “If you don’t pay refunds to people who are expecting them on a timely basis, all hell breaks loose.” “You have extraordinarily angry and very upset taxpayers.” It is shaping up to be a big test of the Trump administration and is an increasingly important pressure point in the fight over the ongoing partial government shutdown.

“Everybody is concerned,” said John Koskinen, who stepped down in 2017 as IRS commissioner. “There would have been uncertainty and challenges even without the shutdown – the shutdown is just exacerbating all of that.” Filing returns are the most direct way millions of Americans interact with the federal government. Each year, the IRS typically collects more than 150 million returns. Lawmakers have long been reluctant to mess with people’s refunds for fear of riling a vast swath of middle-class voters.

Thus far, though, lawmakers can’t even agree on holding a congressional hearing looking into potential problems with this year’s filing season. House Democrats abruptly canceled a hearing scheduled for Thursday after Treasury Secretary Steven Mnuchin declined to testify. The administration offered to send lower-level officials, which Democrats rejected. The administration has been trying to blunt the effects of the shutdown.

It has recalled more than 30,000 furloughed IRS employees and announced it is easing penalties for people who underpaid their taxes last year. An obscure rule requires people to pay at least 90 percent of their taxes during the calendar year. Most people don’t know about the rule and normally don’t need to worry about it, because their withholding ensures they clear that threshold. But, amid pressure from lawmakers, the IRS announced it is easing that standard to 85 percent.

And last week, with an eye on the Jan. 28 start of tax season, the Treasury Department rushed out hundreds of pages of regulations detailing how a new deduction for unincorporated businesses will work.

There are already indications, though, that the IRS’s employee recalls designed to mitigate the effects of the shutdown are not going as planned.

House Dems push new border security plan as shutdown staggers on
By SARAH FERRIS and HEATHER CAYGLE
Some IRS workers are staying home because, without a paycheck, they can’t afford things like paying someone to watch their children while they work.

“After a month with no pay, real hardship does exist for federal employees, including not having the money needed to get back and forth to work or to pay for the child care necessary to return to work,” said Tony Reardon, head of the National Treasury Employees Union.

Even if everyone did show up for work, the IRS says it will still only have 57 percent of its workforce on the job at its busiest time of the year, which some say is already inadequate.

“I don’t think the machinery can run effectively at half staff,” said Christy Mistr, a former congressional tax aide who founded a financial consulting firm. “It takes a lot of people and a lot of manpower to process everything.”

Taxpayers will be confronting — many for the first time — a welter of changes made by the Tax Cuts and Jobs Act.

Gone are familiar features like personal exemption. And though they may not realize it yet, millions will no longer claim breaks for things like their mortgage interest and charitable contributions, thanks to a newly enlarged standard deduction designed to simplify filing.

People without health insurance may be surprised to learn they are still on the hook when it comes to Obamacare’s so-called individual mandate. Republicans killed the requirement to carry insurance as part of their tax law, but they delayed the repeal for one year — which means millions are supposed to pay the penalty for failing to have coverage one more time. The penalty is $695 per person or 2.5 percent of income, whichever is larger.

There is also considerable uncertainty about what will happen with refunds. Adam Schiff
FINANCE & TAX Schiff, Waters plan joint Deutsche Bank investigation By ZACHARY WARMBRODT
About three-quarters of Americans typically get refunds, which last year averaged almost $3,000. For many, it is the single biggest payment they receive all year. But the tax overhaul upended the formula for figuring out how much to withhold from people’s paychecks when lawmakers junked personal exemptions.

The Treasury Department last year rolled out new “withholding tables” designed to compensate for all the changes, but even experts don’t agree whether the agency got it right.

The IRS has been urging taxpayers for months to double check how much is being taken from their paychecks, posting a withholding calculator on their Web site. But an IRS advisory board said in October that few were bothering. “Usage of the ‘calculator’ through completion has been minimal because of the complexity,” said the IRS’s Information Reporting Program Advisory Commission.

To underscore the uncertainty, even as some warn refunds will be way down this year, others predict they will actually be way up. Morgan Stanley says it believes Treasury withheld too much from people’s paychecks, and that the agency will pay out 26 percent more in refunds than it did last year.

On top of all that, some lawmakers still want to fiddle with the tax code. They want to retroactively revive a batch of tax breaks that expired at the end of 2017 so people can claim them now when they file their returns. But because of the shutdown, it looks increasingly likely that Congress will not be able to move legislation until after filing season begins, which could force some to file amended returns.

“This was always going to be a difficult filing season because of the changes in the new law, and all this just makes it worse,” said Mark Everson, a former IRS commissioner who is now vice chairman of alliantgroup. “You cannot help but be concerned.”