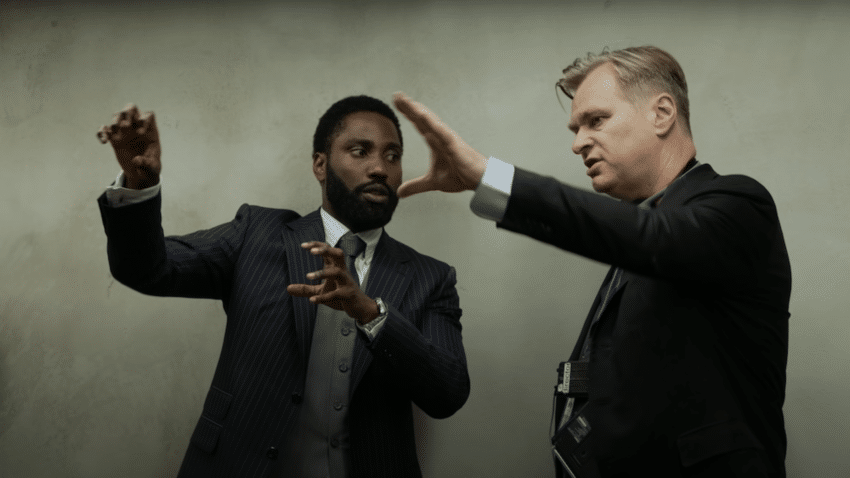 Tenet, the first major Hollywood release in six months since the coronavirus pandemic delayed shoots and closed cinemas, has grossed $20.2m in its opening five days in the United States.

Such box office takings for an expected blockbuster that cost $200m to make would usually be a concern for Warner Bros, which is the film’s distributors but the company said it was “very pleased” with the initial response to the film from director Christopher Nolan.

The US release has been timed for the usually busy Labor Day weekend, and

“There is literally no context in which to compare the results of a film opening during a pandemic with any other circumstance,” Warner Bros said in a statement. “We are in unprecedented territory.”

The highly-anticipated release was postponed several times as a result of the pandemic and only went on general release in the US on Wednesday, showing at about 28,000 cinemas. About 65-70 percent of multiplexes in the country have reopened.

“With a significant number of key US states and cities still closed, this is a fair opening,” said David A. Gross, a box office analyst at FranchiseRe. “Business in the US is improving, but large numbers of moviegoers are not back yet. For now, this is as good as it gets.”

Tenet, an espionage and science fiction thriller in which people can reverse time, has done better overseas, taking close to $150m, according to the Hollywood Reporter. Tenet is currently showing in more than 70 countries, including Canada, Australia, South Korea and most of Europe.

China, where the film premiered on Friday, pulled in more than $8 million in ticket sales on opening day and $30 million over the weekend.

China has been reporting cases in single digits – compared with thousands in the US – and its cinemas are already well ahead in terms of reopening for business. It has already seen notable success with war epic “The Eight Hundred,” which has grossed over $300 million to date.

Nolan is renowned for films that play with issues of time and perspective and has directed a number of blockbusters including the Dark Knight trilogy, which grossed more than $4bn.

Other distributors have held back their releases in the US as the pandemic there continues. Disney’s Mulan, directed by Niki Caro and starring Liu Yifei, drew $5.9 million from nine international markets, including Malaysia, Singapore, and Thailand at its opening weekend and will premiere in China and Russia next weekend. In the US, it will be released only on digital platforms.

The latest James Bond film, No Time to Die, which was due for release in April, will now go into cinemas in November.

Tenet stars John David Washington, Kenneth Branagh, and Robert Pattinson, who was recently diagnosed with COVID-19 on the set of the latest Batman movie.

It was shot in seven countries.