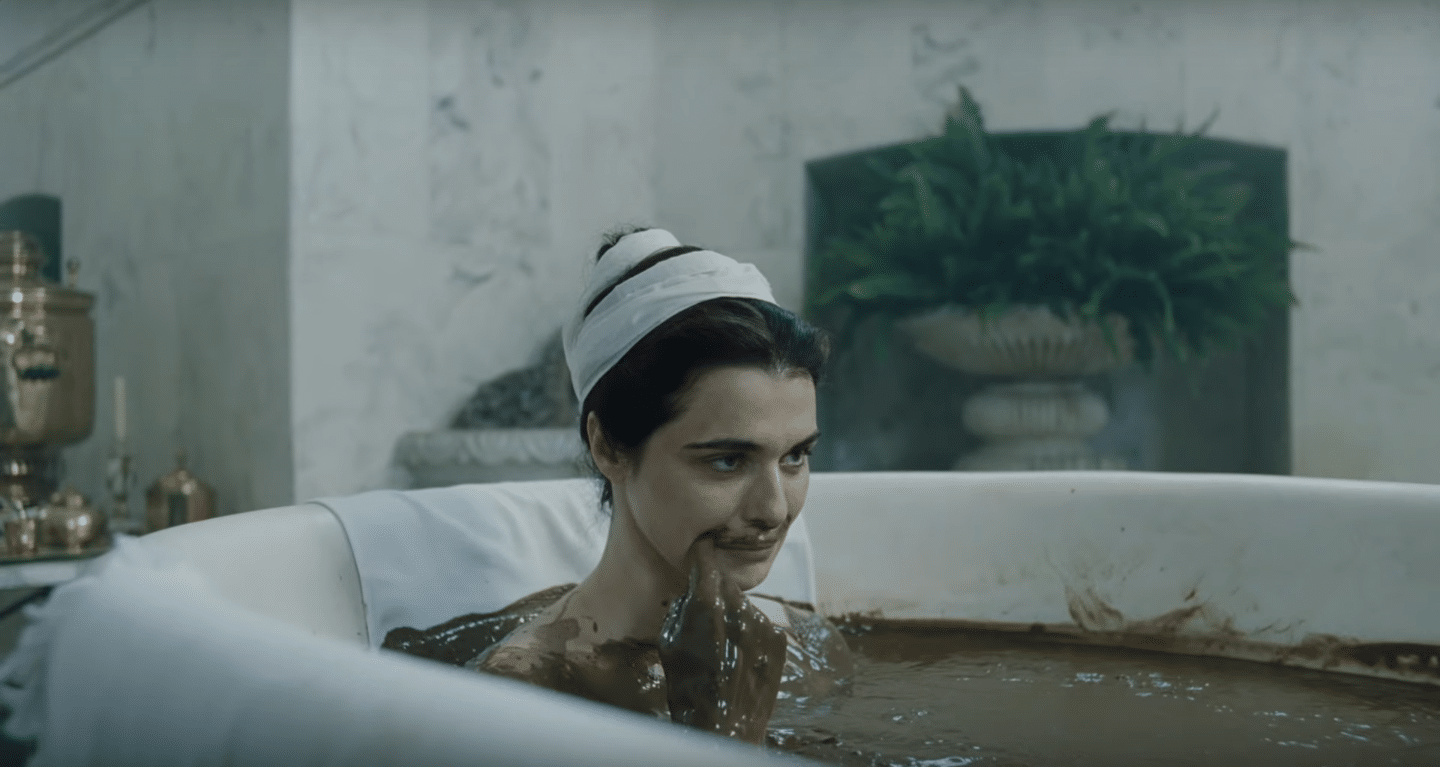 In January 1711, Queen Anne, the last Stuart monarch to occupy the British throne, appointed a former chambermaid named Abigail Hill to be Keeper of the Privy Purse, thus decisively reversing the fortunes of Sarah Churchill, the Duchess of Marlborough, who had previously been among the queen’s most trusted advisers.

That morsel of historical arcana is the basis of “The Favourite,” a wildly entertaining, bracingly cynical comedy of royal manners directed by Yorgos Lanthimos. 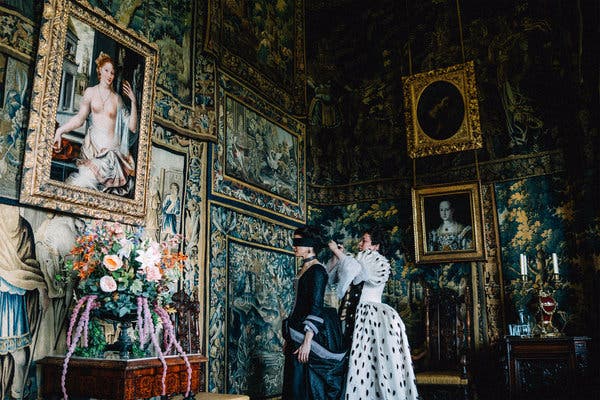 For Shakespeare and the Classical Greek dramatists, the doings of real and imaginary rulers — affairs of state and of the flesh, both of which figure prominently here — were most often the stuff of tragedy. Lanthimos, a Greek director who has been based in London for the past few years, makes no real distinction between pathos and mirth. His first English-language film, “The Lobster,” was by turns ghastly and hilarious, a cruel dystopian allegory of discipline and desire. The next, “The Killing of a Sacred Deer,” was mostly just ghastly. “The Favourite,” with a profane, erudite script by Deborah Davis and Tony McNamara, is a farce with teeth, a costume drama with sharp political instincts and an aggressive sense of the absurd.

Anne’s court is populated by vain creatures in sky-high curly wigs and elaborately painted faces. Their pastimes include vicious sexual gossip, indoor duck racing and throwing rotten fruit at naked people. That accounts for the men, who also hold onto most of the power. Even with Anne (Olivia Colman) as head of state, patriarchy rules the realm, and women interested in power, autonomy or survival must navigate the hostile territory of male domination.

[Read an interview with Olivia Colman, who will also star in “The Crown.”]

This does not mean that the women are passive or innocent victims. On the contrary. The busy, buzzing plot of “The Favourite” is propelled by scheming, double-crossing and manipulation among its three main female characters. Anne, plagued by gout, grief, and self-pity, functions as the hypotenuse of a discreet erotic and political triangle, the other legs of which are Abigail (Emma Stone) and Sarah (Rachel Weisz). Sarah, who has known the queen since they were children, is her lover as well as her adviser in governmental matters. An ally of the parliamentary leader (James Smith) and the wife of an important military commander (Mark Gatiss), she pushes for war with France and heavy taxes on landowners.

Abigail, a cousin of Sarah’s, arrives at the palace covered in mud and full of ambition, and what follows can be partially described as a kinky, baroque variation on the themes of “All About Eve.” Abigail plays the role of wide-eyed ingénue, a masquerade that conceals formidable skills in psychological and physical combat. She cultivates an allegiance with the head of the opposition (Nicholas Hoult), a bond based on common interest and mutual disgust. Abigail fights dirty because a hard upbringing has taught her no fight is ever fair. Sarah accepts her as a protégée and is a bit too slow to recognize her as a rival.

Their contest for Anne’s affection is thrilling and unnerving to witness, a full-body, full-dress chess match with no referee and ambiguous rules. The period details (the work of the production designer Fiona Crombie and the costume designer Sandy Powell, among others) provide more than decoration. They transport the viewer into a world where conventional distinctions — between private feeling and public display, between honesty and guile, between life and theater — do not apply.

Everyone gambles with the unstable currencies of status and influence. Because so much depends on pomp and performance, on dignity and self-control, humiliation is an omnipresent peril and a popular sport. The most abject figure in this universe is the queen herself, whose illnesses, eccentricities and neuroses make her seem helpless and pathetic, easy prey for opportunists like Abigail and Sarah, who push her wheelchair and tend to her moods. 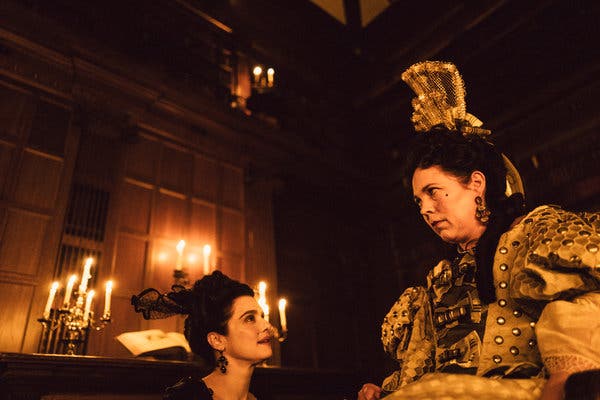 Lanthimos, his camera gliding through gilded corridors and down stone staircases — in exquisitely patterned light and shadow, with weird lenses and startling angles — choreographs an elaborate pageant of decorum and violence, claustrophobia and release. The law of the kingdom is mutability, signified by the many names its sovereign and her subjects are called by. Sarah is Lady Marlborough, and also Mrs. Freeman. The Queen is Mrs. Morley. Abigail plots to marry a handsome doofus (Joe Alwyn), hoping to acquire a title of her own. No identity or value is fixed. Alliances shift like the weather. Fortunes rise and fall. Beauty transmutes into ugliness and back again. Love is a synonym for domination, or maybe for submission.

The best — and also the most troubling — thing about “The Favourite” is its rigorously bleak assessment of human motivations and behavior. The palace is a petri dish aswarm with familiar pathogens of egoism, cruelty, and greed. A sentimental soul might wish for a glimpse of something else, but at the same time, it’s hard to say that anything is missing from this tableau, which is also a devastating, flattering and strangely faithful mirror.