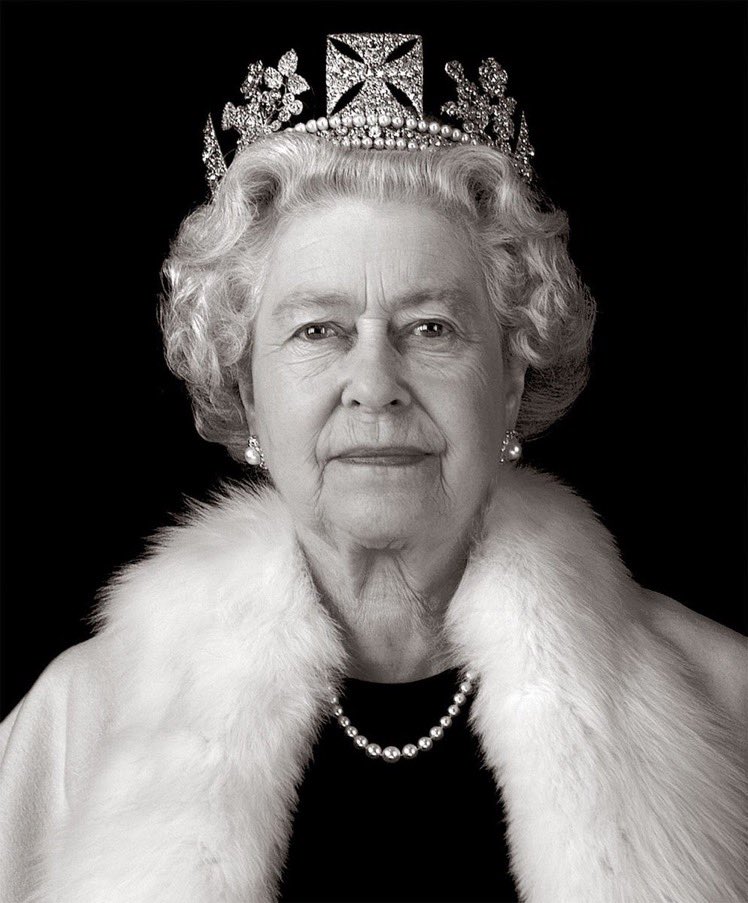 Tributes have also flooded in from other world leaders who met the Queen during her unwavering service.

US President Joe Biden hailed the royal as “more than a monarch” and said she “defined an era”.

Barack Obama said he and wife Michelle had been “awed” by the Queen’s “legacy of tireless, dignified public service”.

He added: “She seemed so timeless and so wonderful that I am afraid we had come to believe, like children, that she would just go on and on.

“We grieve for Elizabeth the Great, the longest serving and in many ways the finest monarch in our history.”

The UK was immediately plunged into a state of mourning, with plans for her funeral and a national day of remembrance to be announced in the coming days.

Her passing comes after Prince Charles and Prince William raced to be by the Queen’s side after doctors confirmed they were “concerned” for her health.

Prior to her death the monarch was said by Buckingham Palace to be “comfortable” at Balmoral, where she remained under medical supervision.

The tireless monarch always put her sense of duty to the UK first, and carried on with engagements just four days after the death of her husband of 73 years, Prince Philip, in April 2021.

The love felt for her by Brits was clear in June when she celebrated her Platinum Jubilee marking 70 incredible years on the throne.

Her Majesty beamed as royal fans erupted in applause as she entered the balcony at Buckingham Palace to kick off the four-day Bank Holiday.

It came after the Queen made a number of surprise appearances leading up to the celebrations – including at the opening of her namesake new Tube line in May.

Despite her sunny demeanour, she was advised to slow down as she handed more responsibility to Prince Charles.

He stepped in for his mother at the State Opening of Parliament in May after she was forced to pull out for the first time in 59 years.

The advice from doctors to take a step back followed a night the Queen spent in hospital in October 2021 to undergo “preliminary investigations”.

The Queen was later seen walking with the help of a cane, and a sprained back forced her to miss the following Remembrance Day service at the Cenotaph – something that “disappointed” her greatly.

She battled back from a Covid infection and was captured displaying her beloved sense of humour as she met Justin Trudeau on March 7.

But Her Majesty was urged to slow down in the months leading to her death as her public appearances were significantly curtailed amid fears for her health.

She also moved to Balmoral in her final months as she continued to suffer mobility problems.

But she didn’t allow the move to get in the way of her duty and was pictured meeting Liz Truss on September 6 when she was announced as the new Prime Minister.

On the advice of doctors, she was forced to postpone her Privy Council meeting the next day after being told to rest for a “full day”.

The Queen ascended to the throne in 1952 at the tender age of 25, and was on a royal tour of Kenya when Philip delicately broke the news that her father, King George VI, had died.

The Duke of Edinburgh was at her Coronation the next year and remained a constant figure by her side at thousands of engagements over the next seven decades.

The royal couple married on November 20, 1947, and went on to have four children, eight grandchildren and 11 great-grandchildren together – with the Queen affectionately known as “Gan-Gan” to the youngest members of the family.

Despite spending 70 years on the throne, Her Majesty was never actually meant to become Queen.

She was born Elizabeth Alexandra Mary on April 21, 1926, to Prince Albert, Duke of York, and his wife, Lady Elizabeth Bowes-Lyon.

Her father was the younger son of King George V, meaning his older brother Edward – the Queen’s uncle – was always due to become King.

But in late 1936, Edward sensationally abdicated to marry American divorcée Wallis Simpson in a scandal that rocked the Royal Family.

His abdication after just 326 days elevated Prince Albert to King George VI – and ten-year-old Elizabeth was now heir to the throne.

Her formal coronation as Queen Elizabeth II took place on June 2, 1953, in Westminster Abbey – making her the sixth woman in history to ascend to the British throne.

The Queen spent her first ten years in charge overhauling the stuffy, unapproachable image of the royals that Brits were used to and transforming them into a more modern and relatable family.