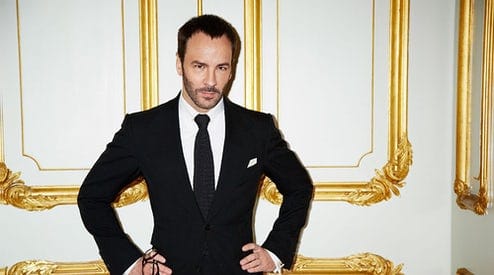 The 60-year-old fashion muse – behind the iconic eponymous label – says the fact “everything is now considered appropriation” is limiting fashion.

Speaking to The Guardian newspaper, Ford said: “Cancel culture inhibits design because rather than feeling free, the tendency is to start locked into a set of rules. Everything is now considered appropriation. We used to be able to celebrate other cultures. Now you can’t do that.”

He explained: “The future of fashion is increasingly cartoonish.

“Instagram has broken down the rules. People dress up to take pictures of themselves to post online, everything is exaggerated – especially the eyebrows.”

Ford’s latest comments on the state of the industry come after he admitted he misses the time when celebrities didn’t have stylists because they took “bigger risks”.

The former Gucci and Yves Saint Laurent creative director admitted many A-listers these days have agents and stylists dictating what they should wear on the red carpet, and Ford admitted it’s all become “a little bit homogenised”.

He said: “Oh my god, my taste in celebrities? Well, I like celebrities in general because they’re unafraid of fashion. They need fashion. They need, when they walk down a red carpet, to get attention, so they’re not afraid. They’ll take much bigger risks. It’s great to see a celebrity wearing your clothes. Did you write down a question about stylists?

To which the journalist replied: “Oh yes. The celebrity stylist is one of the most powerful people in Hollywood, at this point. I’m curious what you think about that phenomenon.”

He responded: “I wish they were a little less powerful, I have to say. There was a time in the seventies, for example, if you look at old Oscar pictures before celebrities had stylists, and my God, people took even more risks. There were great things going down the red carpet then. I think sometimes there becomes a little bit of homogenization, because it isn’t even the stylist. Before these men and women hit a red carpet, their agents weigh in on what they’re doing, there’s a stylist who weighs in, and things can become a little bit homogenized. I guess, when you asked my favorite celebrity to dress—it’s the ones who really know themselves. And if they’re working with a stylist, they assert themselves, or the stylist is kind of running around finding things that they asked them to find. There are those celebrities who have their own sense of style.”