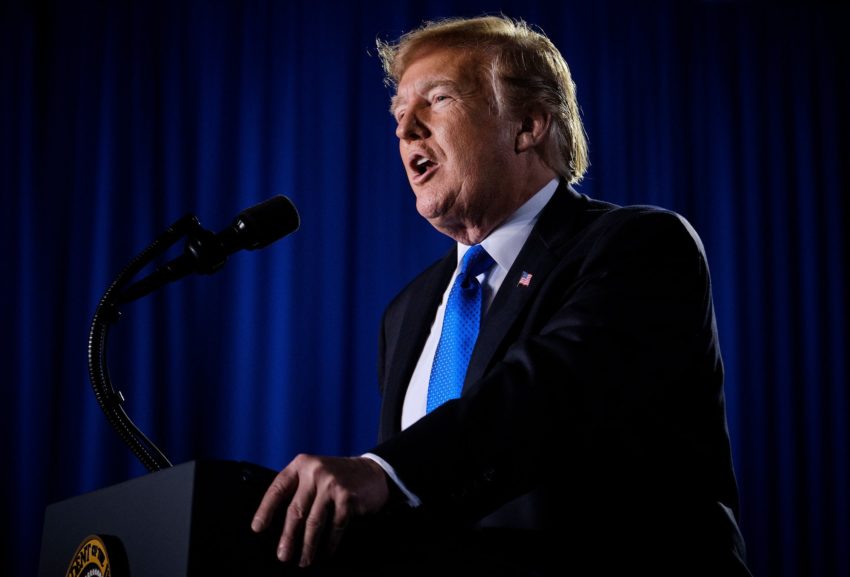 Even by his standards, President Trump’s biting attacks on the press this week stand out.

He has praised a libel lawsuit against The Washington Post, called for “retribution” against NBC for satirizing him on “Saturday Night Live” and, on Wednesday, issued his sharpest words yet against The New York Times, calling the newspaper “a true ENEMY OF THE PEOPLE!”

Donald J. Trump
✔@realDonaldTrump
The New York Times reporting is false. They are a true ENEMY OF THE PEOPLE!

Earlier, First Amendment scholars were taken aback by remarks from Justice Clarence Thomas, who on Tuesday urged the Supreme Court to peel back longstanding libel protections for American news outlets. And a global crackdown against journalists continues apace, as the Egyptian authorities on Monday detained and deported a Times journalist trying to enter their country.

They have added up to a rough few days for freedom of the press, a once-sacrosanct American notion that has been under sustained assault since Mr. Trump made fiery denunciations of journalists — and the rallying cry “Fake news!” — into hallmarks of his campaign and presidency.

In a series of Twitter posts on Wednesday, Mr. Trump wrote: “The Press has never been more dishonest than it is today. Stories are written that have absolutely no basis in fact. The writers don’t even call asking for verification. They are totally out of control.” He went on to write, “The New York Times reporting is false.”

Although the president did not cite a specific article, The Times published an investigative report on Tuesday describing how Mr. Trump had worked to influence and undermine federal investigations involving him, his presidential campaign and his administration. The Times on Wednesday defended the article as “rigorously reported,” based on a review of confidential White House documents and dozens of interviews.

Mr. Trump’s use of the phrase “enemy of the people” — which he has frequently deployed against a group of mainstream news outlets, but rarely against The Times individually — also carried unusual weight because of a series of recent conversations between himself and A. G. Sulzberger, The Times’s publisher.

On two occasions, including an Oval Office interview last month, Mr. Sulzberger has urged Mr. Trump in person to abandon his use of that term. The publisher has cited growing evidence that autocrats and other world leaders are emboldened by Mr. Trump’s anti-press statements to crack down, sometimes violently, on independent journalists in their own countries.

In the interview, Mr. Trump responded by saying “I want to be” a defender of the press. But he went on to complain at length about what he perceives as unfairly critical coverage of him and his administration.

Mr. Sulzberger, in a statement on Wednesday, again called on Mr. Trump to heed the words of past presidents who, spanning historical eras and parties, embraced the importance of a free press.

“In demonizing the free press as the enemy, simply for performing its role of asking difficult questions and bringing uncomfortable information to light, President Trump is retreating from a distinctly American principle,” Mr. Sulzberger said. “It’s a principle that previous occupants of the Oval Office fiercely defended regardless of their politics, party affiliation or complaints about how they were covered.”

The publisher added, “As I have repeatedly told President Trump face to face, there are mounting signs that this incendiary rhetoric is encouraging threats and violence against journalists at home and abroad.”

While foreign journalists have faced the worst consequences of recent crackdowns — including arrest, imprisonment and in some cases violence and death — The Times felt some of the effects this week.

A longtime correspondent for the paper, David D. Kirkpatrick, was held without food or water for hours by Egyptian officials after he arrived in Cairo on Monday. He was eventually denied entry and forced to board a return flight to London.

It was an escalation of efforts by Egypt’s leader, President Abdel Fattah el-Sisi, to suppress the news media in his country, where dozens of journalists have been imprisoned or forced into exile.

On the domestic front, American press advocates were alarmed by Justice Thomas’s argument that public figures ought to enjoy more leeway to sue publications whose coverage they deem unflattering or unfair. In comments published on Tuesday, Justice Thomas wrote that the 1964 case New York Times v. Sullivan, a benchmark of modern American press rights, should be reconsidered.

Justice Thomas, who was writing for himself, made his remarks in a concurring opinion in a case involving a woman who had accused the comedian Bill Cosby of sexual assault. His words were reminiscent of a memorable Trump campaign pledge — to “open up the libel laws” — and came a few weeks after the president met with the justice’s wife, Ginni Thomas, in a private White House session.

[Inside Mr. Trump’s two-year war on the inquiries encircling him.]

As for Mr. Trump, his anti-newspaper animus this week has not been limited to The Times. In another tweet on Wednesday, he weighed in on a new libel lawsuit against The Washington Post, siding with the plaintiffs — the family of Nick Sandmann, a Covington Catholic High School student from Kentucky who was involved in an encounter in Washington last month with a Native American man that went viral on social media.

According to the lawsuit, The Post “bullied” Mr. Sandmann because he was a “white, Catholic student wearing a red ‘Make America Great Again’ souvenir cap.” The Sandmanns are seeking $250 million in damages.

“Go get them, Nick. Fake News!” Mr. Trump wrote. A Post spokeswoman said the paper was reviewing the lawsuit, “and we plan to mount a vigorous defense.”

Mr. Trump has periodically returned to the expression “enemy of the people” during moments of intense criticism.

And he was wrong in suggesting that the Times reporters who chronicled his attempts to meddle in investigations had failed to reach out for comment.

A Times reporter contacted the White House about the article on Friday, days before it was published. The paper continued to press for comment over the following days, including on the day that the article was posted online.