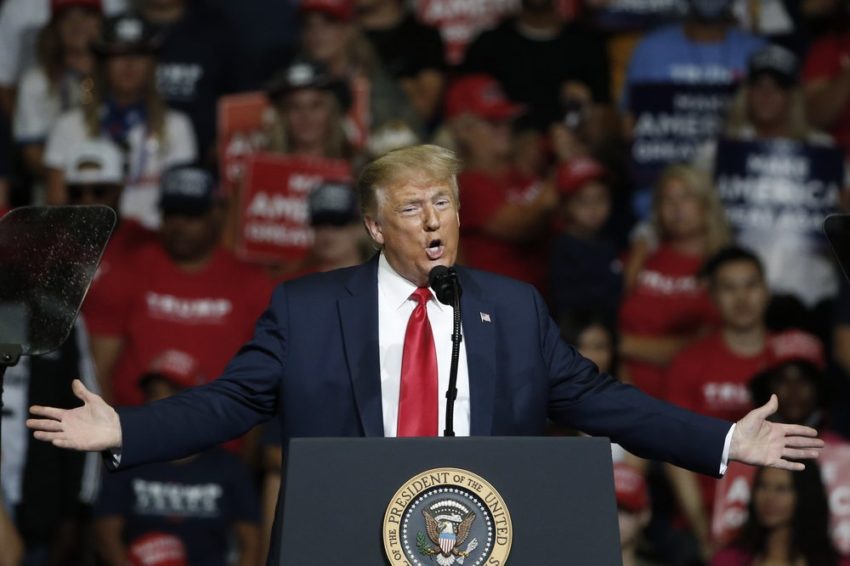 President Donald Trump launched his comeback rally amid a pandemic on Saturday by declaring that “the silent majority is stronger than ever before,” but what was meant to be a show of political force was instead met with thousands of empty seats and new coronavirus cases on his campaign staff.

Ignoring health warnings, Trump went through with his first rally in 110 days in Tulsa, Oklahoma, one of the largest indoor gatherings in the world during a coronavirus outbreak that has killed more than 120,000 Americans, put 40 million out of work and upended Trump’s reelection bid.

In the hours before the event, crowds were significantly lighter than expected, and campaign officials scrapped plans for Trump to first address an overflow space outdoors. About a third of the seats at his indoor rally were empty.

Trump tried to explain away the crowd size by blaming the media for declaring “don’t go, don’t come, don’t do anything” and by insisting there were protesters outside who were “doing bad things.” But the small crowds of prerally demonstrators were largely peaceful, and Tulsa police reported just one arrest Saturday afternoon.

“We begin our campaign,” Trump thundered as he took the stage. “The silent majority is stronger than ever before.” 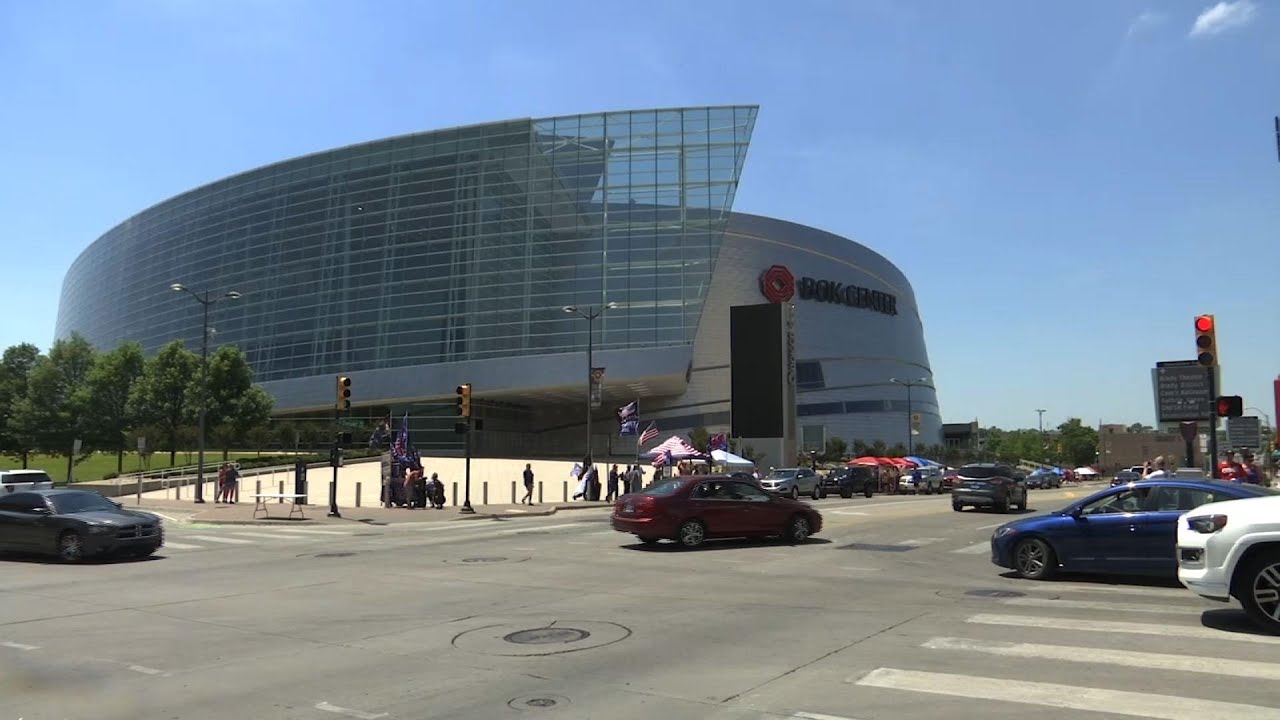 Just hours before the rally, Trump’s campaign revealed that six staff members who were helping set up for the event had tested positive for the coronavirus. Campaign communications director Tim Murtaugh said that “quarantine procedures were immediately implemented,” and that neither the affected staffers nor anyone who was in immediate contact with them would attend the event.

News of the infections came just a short time before Trump departed for Oklahoma, and the president raged to aides that the information had been made public, according to two White House and campaign officials who spoke on condition of anonymity because they weren’t authorized to speak publicly about private conversations.

Onstage, Trump unleashed months of pent-up grievances, accusing the media of favoring his Democratic opponent Joe Biden and defending his handling of the pandemic, which he dubbed the “Kung flu,” a term for the virus that many consider to be racist.

Trump also spent more than 10 minutes — with the crowd laughing along — trying to explain away a pair of odd images from his speech last weekend at West Point, blaming his slippery leather-soled shoes for video of him walking awkwardly down a ramp as he left the podium. And then he declared that he used two hands to drink a cup of water — another image that went viral — because he didn’t want to spill water on his tie.

But Trump also leaned in hard on cultural issues, including the push to tear down statues and rename military bases named after Confederate generals in the wake of nationwide protests about racial injustice.

“The unhinged left-wing mob is trying to vandalize our history, desecrate our monuments, our beautiful monuments. Tear down our statues, and punish, cancel and persecute anyone who does not conform to their demands for absolute and total control,” Trump said. “They want to demolish our heritage so they can impose their new repressive regime in its place.”

Large gatherings in the United States were shut down in March because of the coronavirus. The rally was scheduled over the protests of local health officials as COVID-19 cases spike in many states, while the choice of host city and date — it was originally set for Friday, Juneteenth, and in a city where a 1921 white-on-Black attack killed as many as 300 people — prompted anger amid a national wave of protests against racial injustice.

But Trump and his advisers forged forward, believing that a return to the rally stage would reenergize the president, who is furious that he has fallen behind Biden in polls, and reassure Republicans growing anxious about the state of the presidential race and their ability to hold onto the Senate. But the smaller-than-expected crowds may only increase GOP worries.

The president’s campaign tried to point fingers elsewhere, despite the largely peaceful protests before the event.

“Sadly, protestors interfered with supporters, even blocking access to the metal detectors, which prevented people from entering the rally,” Murtaugh said in a statement. “Radical protestors, coupled with a relentless onslaught from the media, attempted to frighten off the President’s supporters. We are proud of the thousands who stuck it out.”

In the minutes before Trump arrived at the downtown arena, supporters who signed up for tickets received a text urging them to show up, declaring, “There’s still space!”

Trump was determined to return to his signature campaign events. He dismissed complaints that bringing together throngs for an indoor rally risked spreading the coronavirus as nothing more than politics.

City officials had expected a crowd of 100,000 people or more in downtown Tulsa. Trump’s campaign, for its part, declared that it had received over a million ticket requests. The crowd that gathered was far less than that, though the rally, being broadcast on cable, will also target voters in battleground states such as Pennsylvania, North Carolina and Florida.

The campaign handed out masks and hand sanitizer, but there was no requirement that participants use them. Participants also underwent a temperature check.