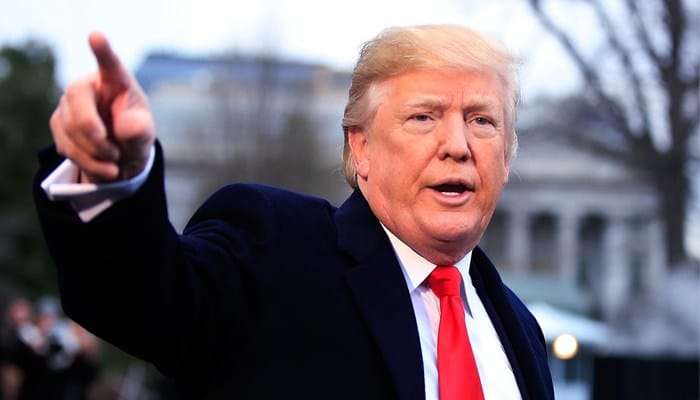 He’s either lying or not paying close enough attention.

“Congressman [Adam] Schiff omitted and distorted key facts,” he said, appearing to quote a Fox News report about the California Democrat, who has frequently butted heads with the president over the investigations into Russian meddling in the 2016 presidential election.

But CNN’s eagle-eyed Brian Stelter noticed something off about the tweet. Though Trump had suggested that a Fox News correspondent was saying Schiff had “omitted and distorted key facts” in a memo by Democrats about the Russia probe released on Saturday, Fox News’ Molly Line actually said the opposite.

“Congressman Schiff, he argues [a] Republican memo omitted and distorted key facts, that it was initially meant to mislead the public,” Line said of the GOP document released earlier this month that alleged FBI spying abuses.

As Line put it, the Democratic memo which refutes the GOP’s “was supposed to be the rebuttal memo that was meant to show what was left out.”

Below is Schiff’s announcement of the new memo. In his tweet, he said the Republican version “omitted and distorted key facts in order to mislead the public.”

That Trump would so egregiously misquote a news report ― from his favorite network no less― to attack a rival shows that he, not Schiff, is the one omitting and distorting key facts.