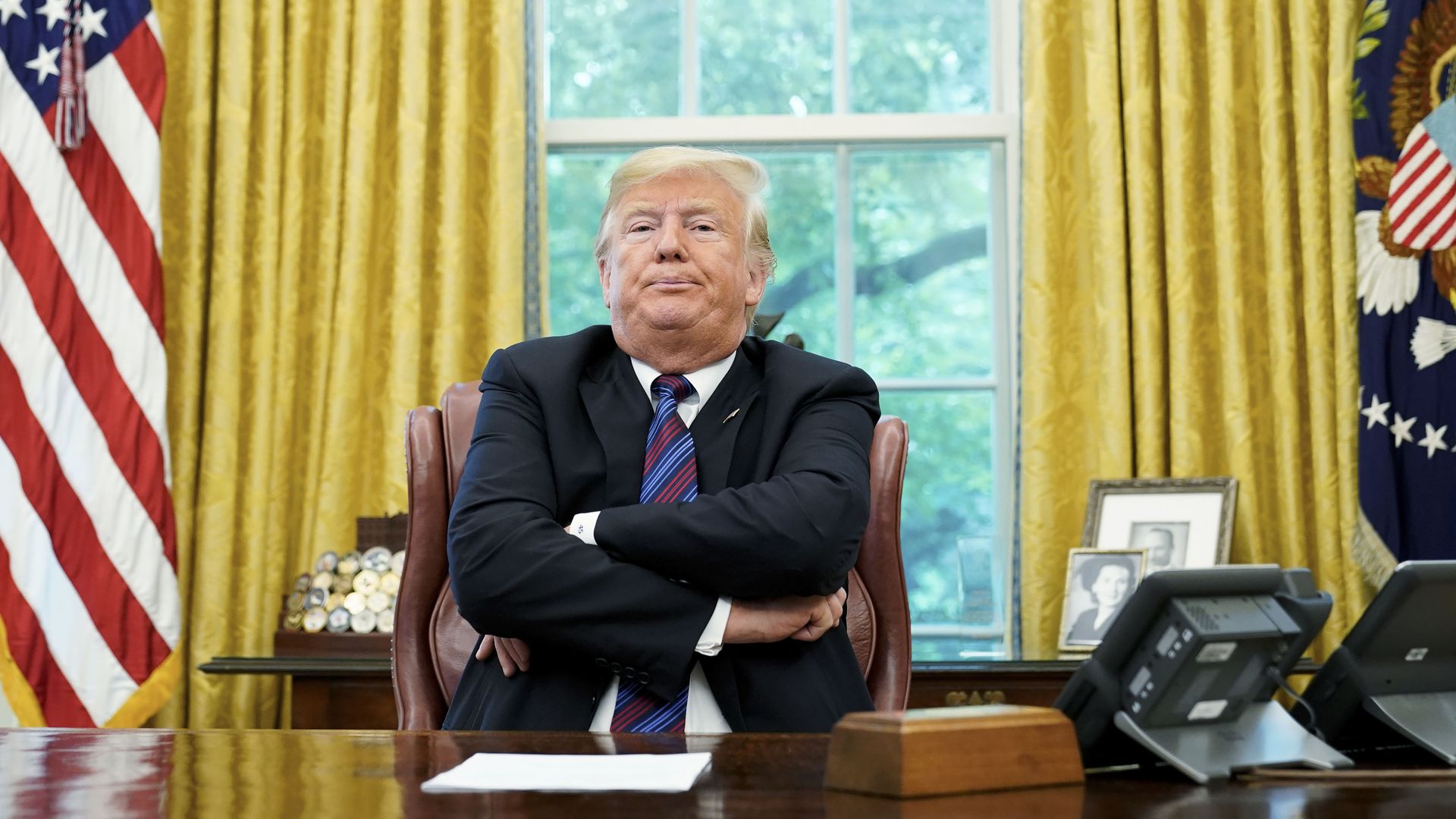 The big picture: His tweetstorm comes after continued attacks on Google and other Big Tech giants for allegedly silencing conservative voices. For Trump, it’s not just “Fake News” anymore — he’s waging a war on fake everything.

Trump also accused NBC News’ Lester Holt of “fudging my tape” of the May 2017 interview where Trump pinned his firing of FBI Director James Comey on “this Russia thing.”

He tweeted on Thursday that his daughter Ivanka and her husband Jared Kushner “had NOTHING to do with the so called ‘pushing out’ of Don McGahn. The Fake News Media…love to portray chaos in the White House.”

Think Omarosa and Michael Wolff, who both needled Trump with books loaded with juicy criticism. Trump went after the media in January after Wolff’s book was released, saying the continued coverage “[promoted] the Fake Book of a deranged author.”

“I just cannot state strongly enough how totally dishonest much of the Media is. Truth doesn’t matter to them, they only have their hatred & agenda. This includes fake books, which come out about me all the time, always anonymous sources, and are pure fiction. Enemy of the People!”
— Trump on Thursday

Trump went after Google by name on Tuesday, saying the site has been “RIGGED, for me & others, so that almost all stories & news is BAD.”

“Google search results for ‘Trump News’ shows only the viewing/reporting of Fake News Media. In other words, they have it RIGGED, for me & others, so that almost all stories & news is BAD. Fake CNN is prominent. Republican/Conservative & Fair Media is shut out. Illegal? 96% of….results on ‘Trump News’ are from National Left-Wing Media, very dangerous. Google & others are suppressing voices of Conservatives and hiding information and news that is good. They are controlling what we can & cannot see. This is a very serious situation-will be addressed!”
— Trump on Tuesday

Trump is working to convince his supporters that social media platforms like Facebook and Twitter are not to be trusted, according to Axios’ Mike Allen. Trump claimed yesterday that Big Tech is “trying to silence a very large part of the country.”

“I’d love to do it. But what I would prefer is, take one of the two Silicon Valley conservatives and let them start it. And then I’d help promote the platform and be all over that.”
— Donald Trump Jr. to Axios’ Mike Allen on building a conservative social network

Disclosure: NBC is an investor in Axios and NBC News Chairman Andy Lack is on our board of directors.