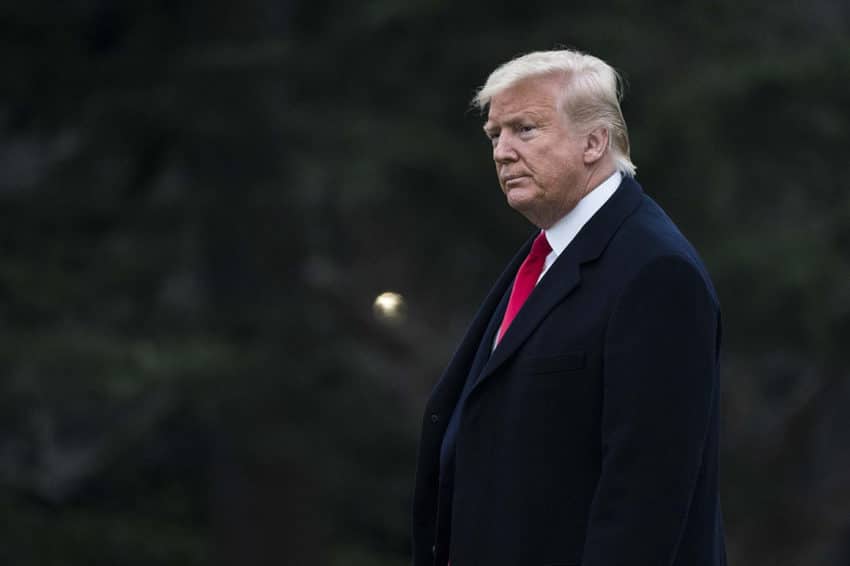 The Senate impeachment trial for President Donald Trump could drag into next week, even as GOP leaders appear to have the votes needed to prevent additional witnesses and testimony from being offered, according to Republican senators and aides.

Republicans suggest the trial could extend into next week due to scheduling concerns over the Iowa caucuses on Monday and Trump’s State of the Union address on Tuesday. But nothing is decided, and the party spent about an hour hashing out the next steps on Friday afternoon.

White House officials also wanted more time to prepare their closing arguments in the case, said several sources close to the issue.
There was a “major discussion” among GOP senators at lunch on the trial endgame, Republican sources said. Republicans remained divided over how to wind down the trial, with several expressing dissatisfaction about dragging things out over the weekend, according to a person familiar with the matter.

Other Republicans wanted to wrap things up as soon as they could, a move leaders had telegraphed for days, so much so that the sudden change in their plans for the acquittal vote until next week caused a minor uproar during GOP lunch on Friday.

Moderate GOP senators then met with Senate Majority Leader Mitch McConnell (R-Ky.) Friday afternoon — including Sens. Lisa Murkowski of Alaska, Susan Collins of Maine, Lamar Alexander of Tennessee, and Mitt Romney of Utah — to discuss the process for finishing the proceedings. Murkowski is reportedly seeking several days of closed-door deliberations, which is similar what occurred at the end of former President Bill Clinton’s 1999 case.

“[We’ll have a] vote on witnesses … then there is the resolution, like the organizing resolution we had the other evening, where Schumer had what, a dozen, 11 amendments, each debatable for up to two hours divided,” Barrasso said. “That will happen tonight on Resolution number two, just like they did in the Clinton impeachment.”

Barrasso added: “And once that is finally gone through all the amendment process and passed, we’ll have a much better sense of how much time for closing arguments, how much time for members to express themselves about the process, and then the final vote.”

The Senate impeachment trial for President Donald Trump could drag into next week, according to Republican senators and aides.

Read all impeachment coverage »
Schumer denied press reports that he had presented a draft resolution to his caucus following talks with McConnell., but said he would to defend the minority’s rights.

“We Democrats are united in saying we do not want this rush through,” Schumer said. “Every senator has obligation, as well as a right, to let the people of their states and the American people know why they’re voting on this resolution, on witnesses and documents, and on whether the president should be convicted,” Schumer said. “We will fight very hard for that. We are in the minority, but we do have some power in the minority, and we will use it to prevent things from being truncated in the middle of the night.’

McConnell did not respond to a question about timing. He may ultimately offer a motion on Friday that would set the parameters of the end of Trump’s trial and determine whether senators will make final statements about their verdicts on Trump and how much time to give House managers and the White House counsel time to finish their arguments.

“It’s probably going to drift a little bit,” said Sen. John Thune (R-S.D), the No. 2 Senate Republican, said after meeting with McConnell. “May well [go] into next week.”

A delay would also provide more time for closed-door deliberations by senators, and would allow them time to make their own statements from the floor on the case. But it would also disrupt four Senate Democrats’ plans to campaign in Iowa after being stuck in Washington during the impeachment trial.

“I am confident that there are Republicans who want to be done and out of here. And frankly, there are some Democrats who have had all the fun we can have being together for probably 140 hours,” said Sen. Chris Coons (D-Del.).

McConnell is expected to make an announcement on the floor later Friday.

“I think there’s probably interest on both sides to bring this to a reasonable conclusion,” Sen. John Cornyn (R-Texas.) said. “The question is how do we land this airplane in a way that is fair to everybody concerned and I think we’ll hear more about that from the leader at some point.”

A senior administration official, speaking on the condition of anonymity, suggested it will take the Senate leader time to set up the witness vote and the final vote on acquittal.

“And then once we’ve finished the time to set up the final vote on acquittals, then it will take time to actually go through all the debate,” the official said.

The organizing resolution controlling the impeachment trial only covers up to the period when the Senate debates the issue of whether to depose additional witnesses, which the House managers and Schumer have been strongly pushing for during the last two weeks. McConnell and the White House adamantly opposed that motion, arguing it was unnecessary and could drag the trial on for weeks or months.

“We can offer some motions at the very end but at this point I doubt that there’s four Republicans willing to vote with us on anything. I think McConnell’s circling the wagons pretty effectively,” said Sen. Chris Murphy (D-Conn.).

However, the White House request for additional time for closing arguments will upset that timetable. Some Senate Republicans argued that the proceedings should be brought to a close as quickly as possible.

“I would think we would finish today. Maybe a long day, but I think we should go ahead and plow through,” added Sen. Rand Paul (R-Ky.).