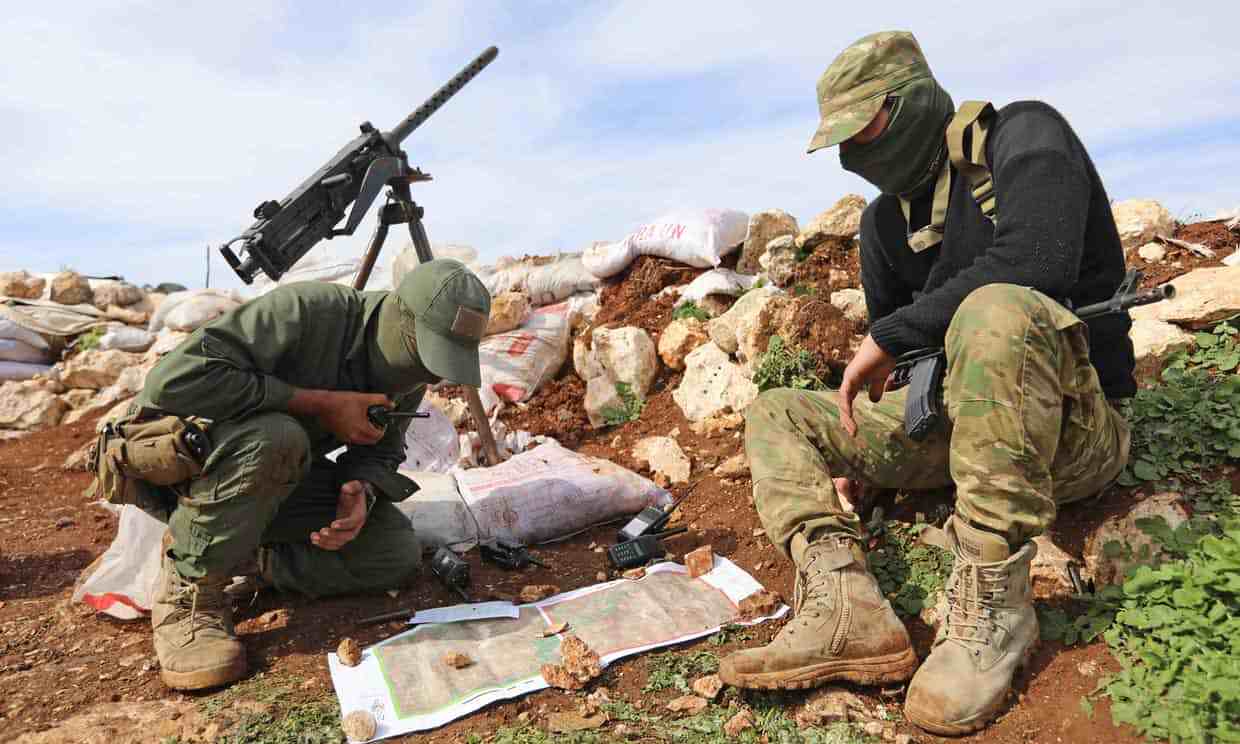 Turkey warned the Syrian government of Bashar al-Assad that it risked a military confrontation with Ankara if it intervened in an ongoing war in the Kurdish enclave of Afrin, in a further escalation of tensions that hint at the possible widening of an already complex conflict.

Reports emerged earlier on Monday that pro-Assad militiamen would enter Afrin to assist local Kurdish militias fighting against an incursion by the Turkish military and Syrian rebels affiliated with Ankara.

The reports on Syrian state TV prompted a rebuke by Turkey’s president and foreign minister, who warned that the Assad regime risked a confrontation with the Turkish army.

The Turkish leader, Recep Tayyip Erdoğan, said in a phone call with Russia’s president, Vladimir Putin, that Damascus would face consequences if it struck a deal with the Kurdish-led People’s Protection Units (YPG) and said the Afrin operation would continue, CNN Turk reported.

Turkey launched a military campaign in Afrin last month, in an effort to drive out Kurdish militias. The enclave is under the control of the Democratic Union party (PYD) and the YPG, partners of the US-backed coalition against Islamic State.

But Turkey considers the YPG the Syrian wing of the Kurdistan Workers’ party (PKK), a designated terror group that has fought a decades-long insurgency against the Turkish state. A US announcement that it would build a 30,000-strong border force to patrol Syria’s frontiers that included the YPG alarmed Ankara and led to the military campaign, dubbed “Operation Olive Branch” by the Turkish government.