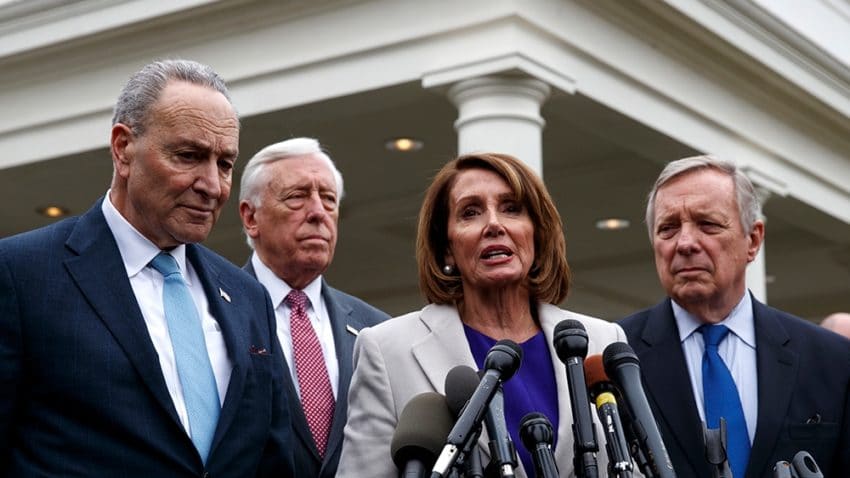 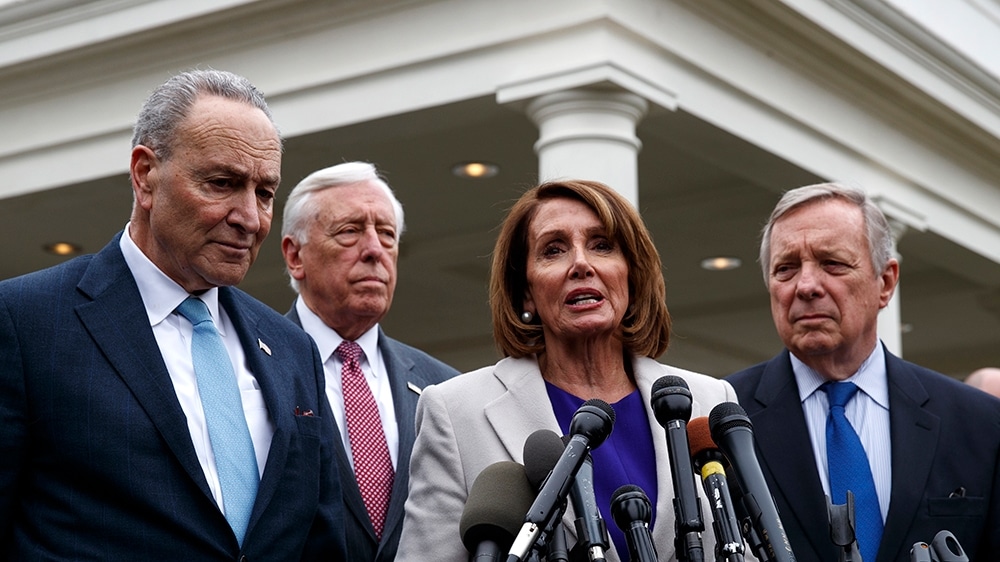 Key parts of the US government shut down on December 22 after President Donald Trump and Democratic politicians hit an impasse over the president’s request for $5bn in funding for a wall on the US-Mexico border, a demand Democrats oppose.

Trump has so far refused to back down on the request, pushing the shutdown into its 19th day and making it the second-longest in US history.

As talks continue in Washington, DC over the partial shutdown, we break down what you need to know:

What departments are affected? What does the shutdown mean for federal workers?

Federal workers deemed “essential” are required to work without pay. Others are furloughed, or placed on temporary leave.

The Internal Revenue Service (IRS) has stopped many of its services, but officials said the agency would continue issuing tax refunds.

Immigration courts have also been affected, worsening an already existing backlog, which includes more than 800,000 cases.

According to Democratic Representative Sharice Davids, who was recently sworn in, the shutdown has had a direct effect on Native Americans’ lives.

“I spoke with one tribal leader who said that they actually lost a tribal member because they were unable to plough the roads so that an emergency service vehicle could get to him in time,” Davids recently told National Public Radio (NPR).

Davids explained that federal funds that go to tribal communities for services such as ploughing roads and healthcare have stopped due to the shutdown.

On January 2, the Smithsonian museums and National Zoo in Washington, DC, closed due to the shutdown. Some national parks have also closed or have limited services.

While the effect of the shutdown is not felt by most Americans, millions could be hit if the gap does not end by February.

Residents who are part of the Supplemental Nutrition Assistance Program (SNAP) may have their assistance disrupted in March.

Department of Agriculture (USDA) officials have said SNAP beneficiaries will continue to receive assistance through February, but they could not make any guarantees if the shutdown continued into the following month.

On December 28, USDA noted that other programmes may continue to operate on money that is currently available but will receive no new federal funding during the shutdown.

“Most other domestic nutrition assistance programmes, such as the Commodity Supplemental Food Program, WIC, and the Food Distribution Program on Indian Reservations, can continue to operate at the State and local level with any funding and commodity resources that remain available. Additional Federal funds will not be provided during the period of the lapse, however, deliveries of already-purchased commodities will continue,” USDA said.

Why did the shutdown begin?

The shutdown began after Trump and Democrats failed to come to an agreement on whether to allocate funds to a wall on the US southern border.

The president requested $5.7bn be added to new federal spending legislation that needed to be passed before the previous spending expired on December 21.

But after Trump refused to give up the demand, which Democrats vehemently opposed, the shutdown went into effect the following day.

What does Trump say? What do other Republicans say?

Trump maintains that the wall is needed to secure the US southern border with Mexicoand stem irregular immigration.

Trump often evokes rhetoric aimed at sowing fear over thousands of Central Americans who, at the end of last year, fled their home countries in hopes of applying for asylum in the United States. Many of those who have left have told Al Jazeera they are fleeing violence, political persecution and extreme poverty.

Trump’s demand for a border wall funding comes in addition to several other measures aimed at restricting asylum seekers and immigration under the administration’s “zero tolerance” policy.

During the shutdown, Trump has repeatedly blamed the Democrats and has threatened to declare a national emergency to get the wall built, a move that would likely bring about legal challenges.

In a televised address on January 8, Trump did not mention an emergency, but branded the situation on the border a “humanitarian crisis, a crisis of the heart and a crisis of the soul”.

During a meeting with top Democrats before the shutdown began, Trump said he would be “proud” to shut the government for “border security”. He has since warned that he is prepared for the shutdown to last years, and he told top Democrats he would “look foolish” if he backed down from his demand.

Although he has stood firm on his demand for the $5.7bn in wall funding, on January 6, Trump said he will accept a metal concrete structure instead of a concrete wall.

He is set to visit the southern border on January 10.

Many Republicans stand by the president on his demand. Senator Lindsey Graham told CBS that he does want the government to re-open, but the “goal is not to open up the government”, it is “to fix a broken immigration system to bring reality to this table”.

Graham added that it was “pretty clear … that we’re never going to have a deal unless we get a wall as part of it”.

Senate Majority Leader Mitch McConnell has so far this year refused to bring legislation that Trump won’t sign to the floor for a vote.

The Republican leader is facing increased pressure from within his party, especially from vulnerable Republicans up for re-election in 2020, to find a solution.

“We should pass a continuing resolution to get the government back open. The Senate has done it last Congress, we should do it again today,” US Senator Cory Gardner told The Hill on Thursday, referring to legislation to open the government while talks continue.

His colleague, Susan Collins, also called for the Senate to pass the funding bills, while several other Republicans urged an end to the shutdown, the Hill and New York Times reported.

What do Democrats say? What is their plan?

Democrats view a border wall as expensive and ineffective.

Speaker of the House Nancy Pelosi has called the wall “immoral”. Instead, they said they are willing to fund security measures that do not include the wall.

Hours after Democrats took control of the House on January 3, Democrats passed a two-bill spending package aimed at immediately re-opening the government. This includes $1.3bn for border fencing and $300m for other border security items such as technology and cameras.

Democrats blame Trump for the impasse, often referring to it as “Trump Shutdown”.

In an MSNBC interview shortly after taking control of the House of Representatives, Pelosi sought to separate the issue of the wall and government funding.

“The wall and the government shutdown really have nothing to do with each other,” the top Democrat said, adding that it was “totally irresponsible” to think otherwise.

“There is no reason to have workers pay a price with their paycheck,” she said during the network’s town hall broadcast.

Senate Minority Leader Chuck Schumer said he pressed the president on why he wouldn’t end the shutdown.

“I said, ‘Mr President, give me one good reason why you should continue your shutdown,’ Schumer told reporters in early January. “He could not give an answer.”

In a rebuttal to Trump’s January 8 address, Pelosi and Schumer accused Trump of dealing in “fear, not facts”.

Pelosi said Trump “must stop holding the American people hostage, must stop manufacturing a crisis and must reopen the government”.

Have there been other shutdowns?

There have been 21 federal government shutdowns since the modern budgeting process began. The reasons have varied from disagreements over abortion to Obamacare, among others.