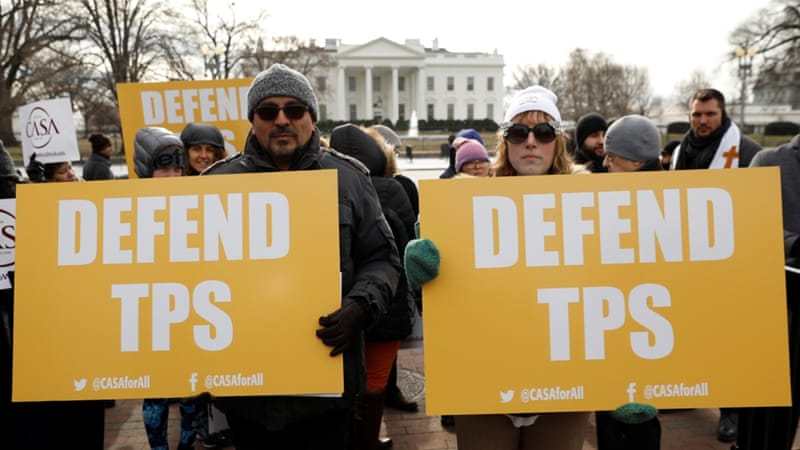 New York, USA – Members of the Salvadoran community in the US have expressed their “devastation” after President Donald Trump’s government said it would stop providing legal status and the ability to work to some 200,000 immigrants from El Salvador.

The move, announced on Monday by the Department of Homeland Security (DHS), gave Salvadoran holders of Temporary Protected Status (TPS) until September 9, 2019, to leave or find a legal way to stay in the country.

“Based on careful consideration of available information, including recommendations received as part of an inter-agency consultation process, the Secretary determined that the original conditions caused by the 2001 earthquakes no longer exist,” the DHS said in a statement.

Rosa Cecilia Martinez, originally from El Congo in El Salvador, said she had no words to describe her feelings upon hearing the news.

“I don’t know how to express how devastating this is,” Martinez, a single mother of two, told Al Jazeera.

“It’s devastating to know we only have 18 months left in the country.”

In its statement, the DHS also said it had determined that El Salvador could successfully reintegrate its nationals.