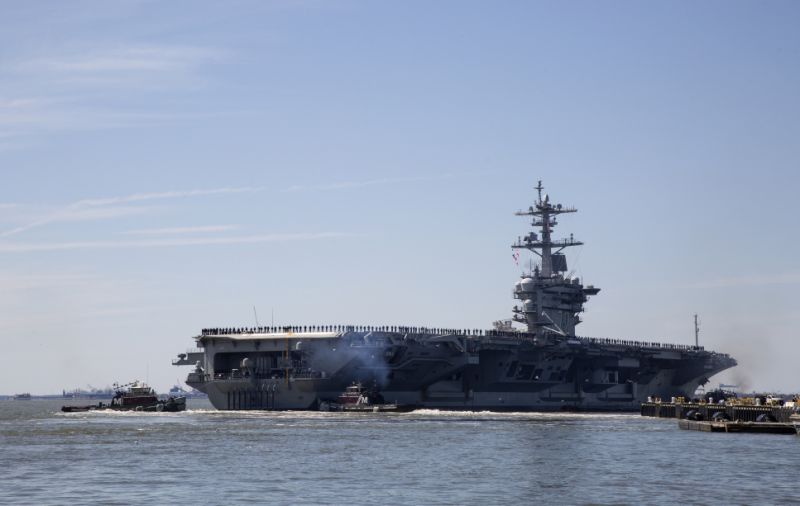 The United States is deploying an aircraft carrier strike group and a bomber task force to the Middle East on short notice in response to “clear indications” Iran and Iranian proxies were planning an attack on U.S. forces in the region, a U.S. official said.

Add Iran as an interest to stay up to date on the latest Iran news, video, and analysis from ABC News.

Iran Late Sunday night, the White House made a surprise announcement that the USS Abraham Lincoln and a bomber task force were being deployed in response to unspecified “troubling and escalatory indications and warnings.”

A statement from National Security Adviser John Bolton said the deployments were intended “to send a clear and unmistakable message to the Iranian regime that any attack on United States interests or on those of our allies will be met with unrelenting force.”

“The United States is not seeking war with the Iranian regime, but we are fully prepared to respond to any attack, whether by proxy, the Islamic Revolutionary Guard Corps, or regular Iranian forces,” the statement continued.

A U.S. official told ABC News the deployments were in response to “clear indications” Iranian and Iranian proxy forces were preparing for a possible attack, and that the decision to send forces was made on Sunday.

“The movement of the aircraft carrier USS Abraham Lincoln to the region was expedited, and it was ordered there effective immediately,” said the official.

The carrier is currently in the Mediterranean after leaving Norfolk, Virginia, on April 1. The Navy no longer provides destinations for its carrier deployments, but the carrier likely would have had to transit through the Middle East toward its new home port of San Diego at the end of its deployment.

The aircraft carrier USS John Stennis operated in the Persian Gulf twice during its recent deployment, for three weeks earlier this year and a week in early April.

“It’s something we’ve been working on for a little while,” Secretary of State Mike Pompeo told reporters traveling with him to Europe. “It is absolutely the case that we have seen escalatory actions from the Iranians, and it is equally the case that we will hold the Iranians accountable for attacks on American interests.”

Pompeo did not provide specifics on Iran’s potential actions, but said Iran “should understand about how we will respond to actions they may take” and that for any actions by related third-parties or proxies “we will hold the Iranian leadership directly accountable for that.”