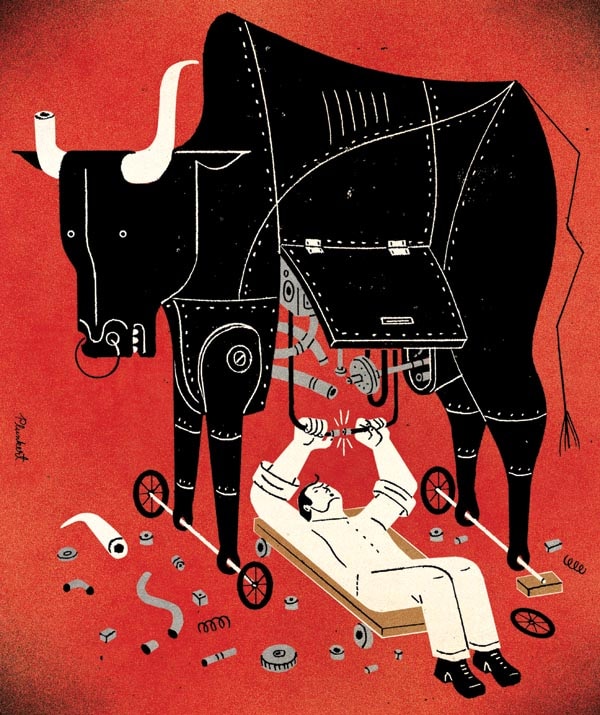 The 30-stock index traded 7 points lower after rising as much as 282 points. The S&P 500 briefly turned negative before trading back up 0.3 percent. The Nasdaq Composite outperformed, rising 0.8 percent as shares of tech giants like Facebook, Amazon, Netflix, and Alphabet all rose. Apple’s stock also gained 1.9 percent.

“The problem is [President Donald] Trump continues to create a lot of uncertainty,” said Peter Cardillo, chief market economist at Spartan Capital Securities. “We can’t focus on the fact there are a lot of good bargains out there.”

Wednesday’s moves come after the worst Christmas Eve sell-off ever on Monday, which sent the S&P 500 into a bear market. The S&P 500 was down 20.06 percent from an intraday record high set on Sept. 21. The broad index is also down 19.78 percent from its record close reached the day before. U.S. exchanges were closed Tuesday for the Christmas holiday.

The plunge in stocks on Monday came after Treasury Secretary Steven Mnuchin held calls with CEOs of major U.S. banks last weekend and issued a statement saying, “The banks all confirmed ample liquidity is available for lending to consumer and business markets.”

On Monday, a senior Treasury official, who declined to be named, told CNBC that the purpose of the call and putting out the statement was a “prudent, preemptive measure” following last week’s market volatility, which saw the Dow experiencing its worst one-week plunge in a decade. Yet while the moves were intended to be reassuring, they triggered confusion among market watchers.

“This call was absolutely unnecessary and in terms of their ability to communicate to the markets, they’re losing it,” Frank Troise, managing director at SoHo Capital, told CNBC’s “Squawk Box” on Wednesday.

Troise said the Treasury call begs the question of whether Mnuchin has “no idea what he’s doing” or if “there actually is a liquidity crisis.” If the latter option is the case, he questioned why it didn’t come up in the Federal Reserve’s recent minutes. “The concern now in the market is actually that Treasury’s out of touch with what’s going on,” he said.

Monday’s move lower also came after President Donald Trumpcommented on the Federal Reserve once more, calling it “the only problem our economy has” in a tweet. Trump also said Tuesday the Fed was “raising interest rates too fast because they think the economy is so good.” Trump has been critical of the Fed’s decisions regarding monetary policy this year. The central bank has hiked overnight rates four times this year.

This is all taking place amid an ongoing government shutdown that started last week. The Trump administration and congressional leaders are at a stalemate over funding for a wall along the U.S.-Mexico border. The administration says the wall is important for national security while opponents of the barrier note it will not solve the U.S.’ immigration issues.

“Government shutdown starts with no end game strategy by either side,” L. Thomas Block, Washington policy strategist at Fundstrat Global Advisors, said in a note to clients. “The President … remains convinced that fighting for HIS wall is worth a government shutdown and his base love’s the confrontation.”

—CNBC’s John Melloy and Michael Sheetz contributed to this report.