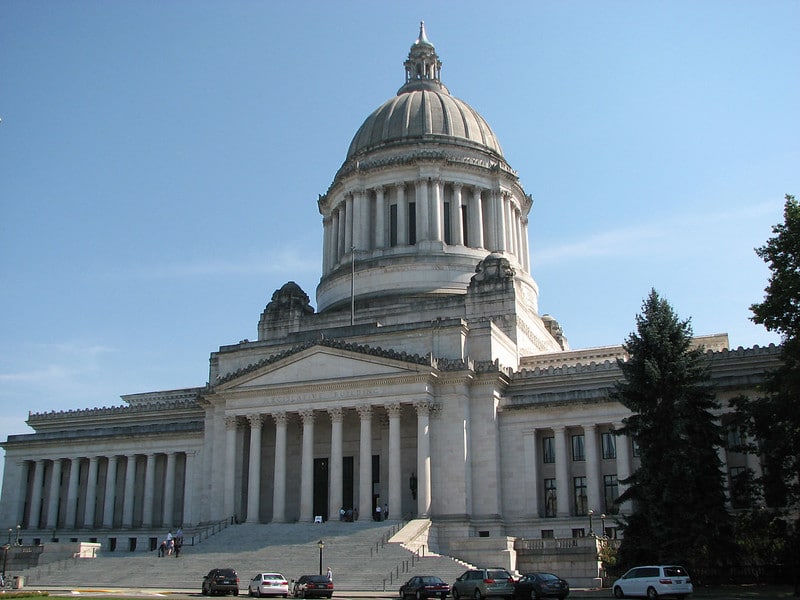 The bill cleared both chambers of the state legislature Thursday, hours before the session ended, positioning Washington as one of the first states in the nation to regulate facial recognition, a key component in the larger legal debate over artificial intelligence. The bill now awaits Gov. Jay Inslee’s signature.

Under the bill, public entities using facial recognition software to make decisions that produce “legal effects” must ensure a human reviews the results. That category includes decisions that could affect a person’s job, financial services, housing, insurance, and education.

“This is historic,” said state Sen. Joe Nguyen, the sponsor of the bill who also works for Microsoft. “I don’t know of any other jurisdiction, for sure in the United States, maybe in the world, where it requires the company to expose their underlying data … in a way that we can test it for accuracy.”

Last September, Amazon CEO Jeff Bezos called facial recognition “a perfect example of where regulation is needed.” Microsoft President Brad Smith has repeatedly warned of the consequences of allowing the technology to continue to be deployed without guardrails. But Smith said in January that the temporary moratoriums on the technology that some governments are considering would be like using a meat cleaver instead of a scalpel.

Facial recognition has become a lightning rod, with civil rights groups and researchers claiming it can amplify human biases. Studies of Amazon’s Rekognition software, conducted by the ACLU and MIT, showed the technology misidentifies women and people of color more frequently than it does white men. Amazon says the methodology of those studies was flawed, and recommends a high confidence threshold for any law enforcement agency using the software.

The bill that passed Thursday in Washington state was one of several attempts by lawmakers to rein in facial recognition. A separate bill focused on data privacy regulation included new rules for commercial applications of facial recognition technology, but that legislation did not pass before the deadline.