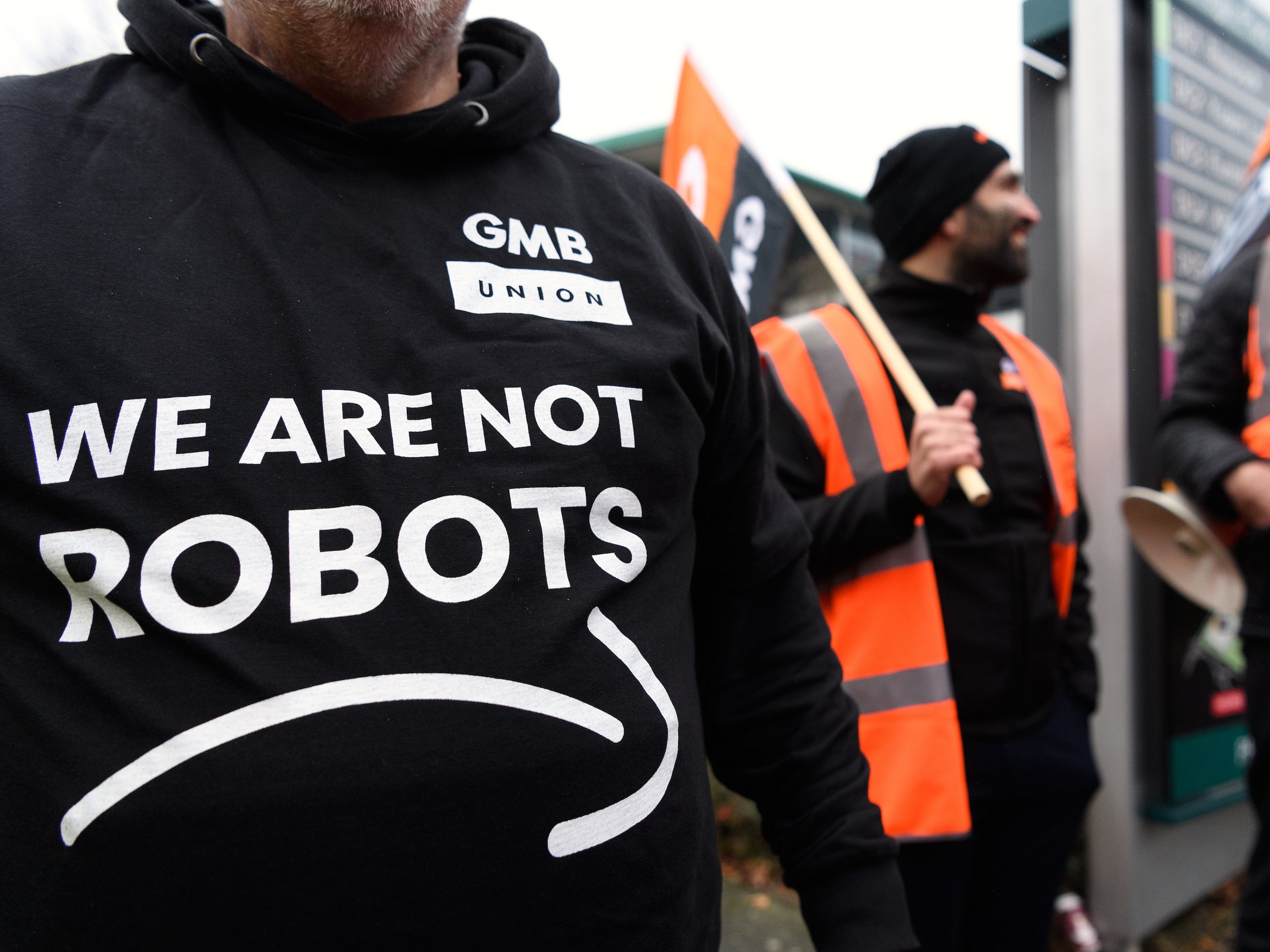 Thousands of Amazon staff members across Europe were protesting on Black Friday over the way the company treats its warehouse workers.

A coalition of unions across Europe coordinated the action, and the British trade union GMB published a video of workers telling Amazon CEO Jeff Bezos “we are not robots” in five different languages.

In Italy, Spain, France, and Germany workers planned to strike for 24 hours or more. The Italian publication Corriere Della Sera reported that managers were having to step in and package items to deal with demand.UNI Global, the trade union helping coordinate the walkout, said roughly 2,400 workers were on strike in Europe, but people on the ground are reporting higher numbers of protesters.

Amazon Germany told Reuters that 620 employees participated in the strike across two of its warehouses, while the German union Verdi told Business Insider that 1,000 workers were walking out. In Spain, unions said 1,600 employees had downed tools for the day. Local reports also claimed that Amazon asked the Spanish police to intervene in the strikes by enforcing worker productivity inside a warehouse on the outskirts of Madrid. Citing police sources, El Confidential reported that the police categorically refused Amazon’s request. Amazon strongly denied the claims.

A GMB spokesman told Business Insider on Thursday that the purpose of the UK protests was not to disrupt Amazon’s Black Friday sales but to raise awareness. “All we want is to get Amazon around the table,” he said.
In a press release sent to Business Insider, the GMB said it was protesting “inhuman conditions” at the warehouses. It cited figures from a Freedom of Information request showing a single Amazon warehouse in Britain had called ambulances to the site 115 times over a three-year period.