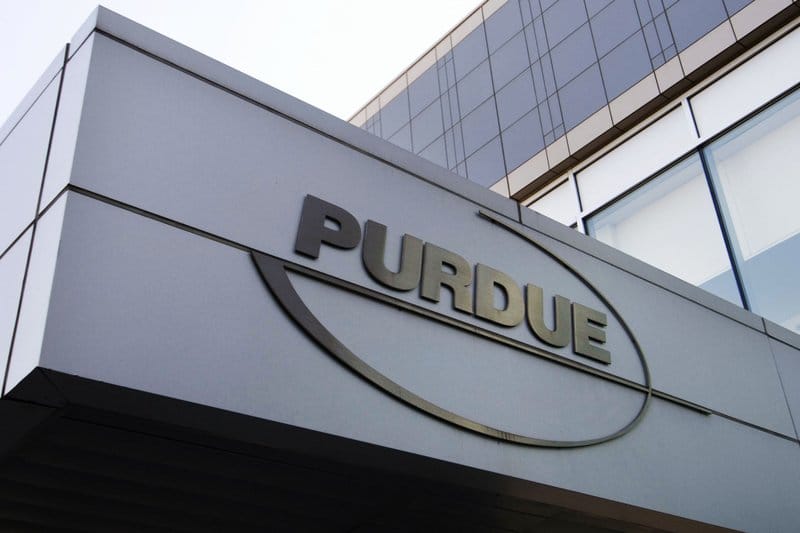 Purdue Pharma could be heading for bankruptcy but the extent to which it would affect the Sackler family fortunes remains unclear.

The company, which makes OxyContin and other drugs, this week reached a tentative agreement with thousands of local governments and more than 20 states over its role in the opioid crisis that has contributed to the death of thousands of Americans.

As part of that deal, the company would file for Chapter 11 bankruptcy protection, the Sacklers would lose control of the business and the family could pay up to $4.5 billion. But some states are refusing to sign on, saying it doesn’t do enough to hold the Sacklers and their company accountable.

The legal battle will play out in court over time, but here’s what we know now:

WHAT ROLE DID THE SACKLERS PLAY IN THE FAMILY BUSINESS?

Purdue Pharma, based in Stamford, Connecticut, was founded in 1952 by three brothers — Arthur, Mortimer and Raymond Sackler — all physicians. Arthur Sackler sold his stake before the business took off in the mid-90s, when it began to sell OxyContin.

All three of the founders have died. Some of their heirs, through various positions over time, have run much of the day-to-day operations of the company and served on its board. All have left the board in recent years.

Eight of the family members — Richard, Jonathan, Mortimer, Kathe, Beverly, Theresa and David Sackler and Ilene Sackler Lefcourt — are named repeatedly in lawsuits nationwide for their roles; some suits name many more.

HOW MUCH MONEY DOES THE SACKLER FAMILY HAVE?

The Sacklers’ net worth was an estimated $13 billion as of 2016, making them America’s 19th-richest family, according to Forbes magazine. But the exact value of their fortune is not known and believed by some to be much larger.

Several states say that the family has worked methodically to move money out of Purdue to insulate their fortune.

An Associated Press review of court papers, securities filings by companies that have had dealings with Purdue, and documents leaked from an exclusive Bermuda law firm indicate the family has shielded their wealth in an intricate web of companies and trusts, including some located in offshore tax havens. The family has previously declined to discuss the matter.

The size and scope of their fortune may become clearer in court depending on how things proceed. But given the apparent complexity the financial web, it could prove difficult and time consuming to reveal it completely.

HOW MUCH COULD THEY END UP PAYING?

It depends on how various legal actions play out.

The Sacklers have already agreed to pay up to $4.5 billion. That amount is contingent on the sale of the family’s international drug company, Mundipharma. They also would lose any wealth from the future operation of that company.

They could potentially pay much more depending on the outcome of bankruptcy proceedings and lawsuits directly naming the family. Generally in a bankruptcy, all the company’s assets are fair game for creditors but the owner’s wealth is considered separate. There are some scenarios, however, where the personal wealth of the owners could be pursued, according to legal experts.

The Sacklers’ wealth could be at risk if the line between the company and owners was not properly observed. For instance, if the owners weren’t keeping separate accounting books or they were having the company pay for their personal expenses, they could be found personally liable for actions of the company, according to Michael Simkovic, professor of law and accounting at the University of Southern California. But those types of cases are unusual and hard to win, he said.

Another way they could be held to account is if they were actively involved in the day-to-day management of the company and were personally responsible for some acts, or were managing and directing people who were responsible for acts that led to liability, Simkovic said.

Jessica Gabel Cino, a law professor at Georgia State University, said that in large bankruptcies like this one, family members do sometimes have to make contributions to the bankruptcy estate.

“They aren’t going to leave the bankruptcy unscathed,” she said.

At the same time, they can use the bankruptcy to protect themselves from other lawsuits. That’s because as soon as the company files for protection, it could put all other lawsuits against the company on hold.

The Sackler family is facing a number of lawsuits that name them personally. There is some leeway within the bankruptcy court to decide if those cases will be put on hold until bankruptcy proceedings are complete or be a part of the bankruptcy itself, depending on the nature of the claim.

The Sacklers have denied any wrongdoing.

HOW MANY LAWSUITS ARE THE SACKLERS FACING?

At this time, more than 20 states have sued family members by name for their role in the crisis. Each suit varies slightly, but many claim the Sacklers knowingly misled the public and medical communities while draining money from the company.

If the lawsuits against the families allege criminal activity — such as fraud or actions that would deliberately hurt others — those would likely move forward regardless of the bankruptcy, said Richard Squire, a professor at the Fordham University Law School.

“The bankruptcy proceeding would likely block some claims,” he said. “The claims that include a high degree of fault — criminal activity or recklessness —may survive but they are riskier.”

HOW LONG WILL THIS TAKE?

Some corporate bankruptcy proceedings are prepackaged, meaning the plan has been agreed upon by everyone involved beforehand. Those can move through the court quickly and be resolved within a month. But given the array of claimants and complexity of Purdue, experts say it will likely take longer.

In the bankruptcy of Adelphia Communications, for instance, the cable television company filed for protection from creditors in 2002 but its agreement took five years to gain approval.