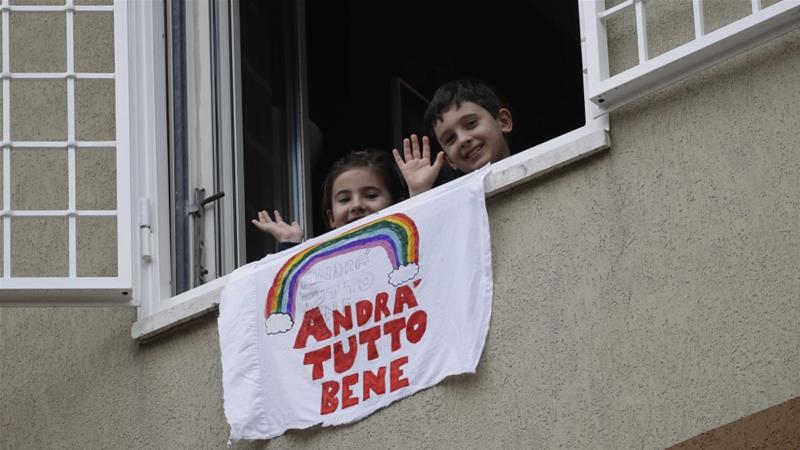 A post-American, post-liberal world order awaits us. But what shape will it take?

Since the outbreak of the coronavirus pandemic, there has been a general feeling that the world is at an historical turning point, that nothing will ever be the same again.

The realists ponder and the (neo)liberals bemoan the comeback of the strong state, the rise of nationalism, the ascendance of China at the expense of America, as well as the failure of global governance, the retreat of globalisation, and increasing divisions within “united Europe”.

Indeed, as the coronavirus wreaks havoc across the world, national and local governments have taken a charge in directing the fight against a pandemic, which is by definition global and would necessitate global action – one would imagine.

People are rallying around their governments as they expand their authorities in every sphere of life, with little or no legislative oversight or prospect for giving them up once the outbreak is over.

The UN secretary-general has called the pandemic, “a global health crisis unlike any in the 75-year history of the United Nations”, but its most powerful body – the Security Council – has been eerily silent on it.

But considering its makeup, its silence may be a blessing in disguise. Expecting the present UNSC to root for a united, healthier more peaceful world is like expecting the Arab League to root for democracy and human rights.

Other institutions of global governance, including the G7, G20 and the EU have also been sidelined, while instrumental international organisations like the IMF and the WHO have their utility and effectiveness questioned by their biggest donor, the United States, even when performing better than expected. Likewise the informal G2 special relationship which emerged between the US and China has faltered.

Even globalisation is deemed under threat in light of its accelerating effect on the spread of the pandemic, which prompted national governments to close borders, impose travel bans and declare curfews.

There is a global consensus that nothing will ever be the same again, but there seems to be no global agreement on a global response to the pandemic.

All of which begs the question, how will the world change or ought to change as a result of the pandemic?

Those who speak of the return of the state and the rise of nationalism as a novel byproduct of the coronavirus pandemic have not been paying attention.

The state and nationalism have gone nowhere in order to “come back”.

In fact, in the post-Cold War era, the state has grown more resilient despite deepening globalisation and expanding neoliberalism, supplemented by the spread of populist nationalism from Russia to Brazil to Hungry and India.

In the Global South, the state has survived countless wars and upheavals and has emerged largely intact if not stronger, albeit with a few exceptions, while China and Russia have become enthusiastic defenders of state sovereignty against a Western-led liberal world order.

After the 9/11 attacks in the US, across the world, the “security state” has emerged ever more present amid the reign of a new global security environment. In parallel, the “market state” has expanded at the expense of the “social state”, as neoliberal policies have taken root across the world.

And both trends have fed into rising economic and social inequality, which in turn has fuelled the rise of populist nationalism.

The Trump presidency is both a by-product and an accelerating factor of the hyper-nationalist anti-globalist processes around the world.

In his 2018 UN speech, the “leader of the free world” warned member states against the threat of global governance to their national sovereignties and suggested they emulate his America First approach and embrace his narcissistic, hell-with-the-rest-of the-word nationalism.

The US has since abandoned much of its international responsibilities and commitments, walking away from international treaties and institutions, erecting walls, physical and metaphoric, and closing borders.

For decades only the United States was able to shape and lead a truly global worldwide effort whether on climate change or arms conventions.

The “America First” policies of the world’s foremost superpower and the guardian of the world liberal order compromised global governance and undermined collective action against the corona pandemic.

It took France not the United States to summon a G7 meeting to discuss the pandemic, and it took Riyadh (need I say more), not Washington, to summon a G20 meeting, predictably both leading to nothing.

China’s attempts to appear like a responsible global leader continue to fail simply because it continues to act irresponsibly. When it tries to step in to fill the vacuum left by the US, it does so solely to its own advantage, not the world’s.

Beijing’s suppression of information about the coronavirus at an early critical stage was a big blunder. And the country continues to put in just a meagre contribution to global organisations. Its funding for the WHO is a case in point – it is less than one-tenth of what the US pays.

As former Swedish Prime Minister Carl Bildt lamented, “This is the first great crisis of the post-American world. The UN Security Council is nowhere to be seen, G20 is in the hands of the Crown Prince of Saudi Arabia, and the White House has trumpeted America First and Everyone Alone for years. Only the virus is globalized.”

As for the end or retreat of globalisation, it sounds like no more than wishful thinking.

Globalisation as the free movement of capital and goods and free flow of information is certainly alive and well. The world continues to trade, communicate and coordinate, despite the anti-COVID-19 measures taken by various governments.

Today’s closed borders and travel bans are temporary measures which will be eased and eventually lifted soon after the pandemic starts declining.

Paradoxically, thanks to technology, people are far better connected today even in their physical isolation than ever before.

Likewise, the global standardisation of health guidelines and solutions, and the collective scientific and medical efforts to find a cure and a vaccine are under way and remain indispensable for vanquishing the virus.

In sum, the push-and-pull between state and society and nations and globalisation continues and will not stop with the pandemic.

The way I see it, the world is at a crossroad, and has a choice to make – to turn right or left. Continuing straight down the same path that led to the present disaster is not a realistic or attractive option.

Both turns involve more of the same state and global actors, but the real change will come from bottom-up popular movements and pressure not top-down political directives and machination.

As the war on coronavirus subsides and people begin to count the human and economic cost of the epidemic, they could embrace nationalism, isolationism and selfishness or they may opt for a more humane, open and compassionate we-are-in-this-together approach to our common destiny.

With a looming global economic crisis and the prospect of hundreds of millions of labourers losing their jobs and becoming even more impoverished, the potential for popular anger, racism, religious bigotry and outright neo-fascism taking over public sentiment should not be underestimated – especially, if the pandemic persists.

The push for such a turn has already been set in motion by the hyper populist, nationalist culture of the last two decades, which cynical populist leaders could readily exploit to solidify their power base.

Indeed, new expressions of racism and bigotry from China to India, Europe and the US are already multiplying.

Exploiting peoples’ fears, and their health and economic insecurities, is an old political trick, which many populists would not hesitate to resort to. This could lead to the expansion and reinforcement of the security, surveillance and police state.

The consolidation of power and/or re-election of populist nationalists like Trump, Vladimir Putin, Narendra Modi, Rodrigo Duterte, Jair Bolsonaro and Xi Jinping would have far-reaching ramifications on the world’s future.

If you think a Trump second term will only be a repeat of the first, think again. Hard.

A vindicated triumphant Trump has already shown authoritarian tendencies and will likely end democracy, as we know it in the US and beyond.

But if history is any guide, people could also turn left.

The recognition that the virus affects the poor and disenfranchised more than the richer and more privileged and that any person regardless of their nationality, religion, class, gender, or race could contract and transmit the virus may push people to insist on greater human rights and solidarity.

This means reforming, democratising and expanding the social “welfare state” at the expense of the increasingly privatised “market state”, perhaps taking as a model the much-touted Scandinavian model, where everyone fares well at some basic level, without impeding private enterprise.

Once people conclude that the global health and the health of the globe are indivisible, and pandemics, like global warming and global security, are global issues requiring global solutions, they are likely to embrace greater international solidarity, universal approaches and collective strategies.

They may come to see isolationism as a needed but temporary tactic to stem the spread of the virus, but embrace global cooperation to mitigate the pain and provide long-term remedies.

Simply put, we need visions that take into account individual, community, state and international needs and find win-win strategies to implement them. These strategies must combine private and public capacities that generate local solutions to global problems and universal answers to human rights.

This means the change must be bottom-up, leading to less authoritarian, more transparent, accountable and democratic governments.

It also means more humane economy that focuses not only on statistical growth, but also on greener, fairer, more civilised enterprises that put citizens’ needs above corporate greed.

It means policies that focus less on arms stockpiles and stock markets and more on human capital, rewarding nurses, teachers and scientists as much as brokers, footballers and actors.

Surely, no reasonable individual actually believes the world is better off with less connectivity, tourism or trade, but perhaps we should make these more qualitative than merely quantitative endeavours.

That is called sustainability. And it requires unity of purpose.

It may be a patronising cliche to say “unity is strength”, but cliches tend to be true

It is what it is.

This too shall pass.

It will be ok in the end. 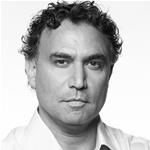 Marwan Bishara is the senior political analyst at Al Jazeera.