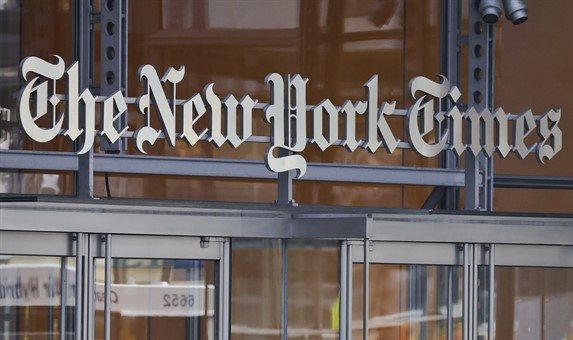 As soon as President Donald Trump’s speech ended, the liberal talking points were spewing on the cable news networks disguised as “fact-checking.” Armed with press releases from the Democratic National Committee, the talking heads universally focused on the small stuff to avoid admitting the inconvenient truths leftists avoid like the plague – illegal immigration hurts Americans.

Democrats don’t care. To leftists, individuals are disposable. Why would they be bothered by a Ronil Singh if they don’t care about the 100 million dead their totalitarian philosophy is responsible for? One more body on the pile of bodies isn’t going to bother people unbothered by the existence of the pile in the first place.

But political points had to be scored, the liberal narrative had to be advanced. Enter the official “fact checkers.”

While nearly every journalist and pundit played armature sleuth, the professionals are in a class by themselves. They’ve imbued with so much fact checking ability it’s right there in their job title. But what exactly did they fact check?

Politico dug into whether or not Chuck Schumer ever voted for a border wall. The answer is an obvious “yes,” but that truth upsets the narrative that walls don’t work and are a waste of money. Rather than admit it or simply ignore it, that fact had to be attacked because it makes him look like a hypocrite. So Politico declared it “misleading.”

The Politico fact check justified this by writing, “Misleading. Schumer and nearly two dozen other Democrats voted for the 2006 Secure Fence Act, which authorized the construction of roughly 700 miles of fence along the southwest border. But Schumer never voted for anything close to the scale of Trump’s $5.7 billion wall.”

Not to be outdone, the Washington Post did the same when they checked the claim, “266,000 aliens arrested in the past two years.” Their conclusion? “So the numbers add up, they’re misleading.”

How are accurate numbers misleading? “The total covers all types of offenses, including illegal entry or reentry. ICE does not break down arrests by type of crime,” the Post writes. The president didn’t break down arrests by the type of crime either, so the “fact checkers” were checking something that wasn’t said. Again, changing the unit of measure.

As if a hive mind, all the fact checks were remarkably similar. Politico, the Post, and the New York Times, for example, all checked the line, “Every week 300 of our citizens are killed by heroin alone, 90 percent of which floods across our southern border.” All admitted it is true, “Most heroin smuggled into the United States does come through the southwest border,” wrote the Times. Yet they all declared it problematic, with both Politico and the Post saying it was “misleading,” and the Times demanding, “This need context.”

In what context is the statement not true? The Times says, “most of it is smuggled into the United States through legal ports of entry at the southern border, not through the desert.” That would be all well and good, if the president had said it did. But he didn’t. The speech was about broad-based border security including a wall, but everything was “fact checked” through the lens of a wall.

The Post wrote, “while 90 percent of the heroin sold in the United States comes from Mexico, virtually all of it comes through legal points of entry.” Politico’s take was, “Although most heroin enters the U.S. through the border with Mexico, most of that is intercepted at legal ports of entry.” Again, the president didn’t say anything contradicting these statements, yet all decreed what he said to be differing degrees of false.

The concept of fact-checking politicians is a good one, but the execution is a complete failure when the people doing the fact checking are every bit as biased as the politicians they’re checking. As I wrote in my book, PolitiFact checked Barack Obama’s claim that, “If you like your doctor/plan, you can keep your doctor/plan,” multiple times and declared it varying degrees of true each time. That was until, in 2013, when they awarded the statement its “Lie of the Year,” after it had become clear that conservatives were right and 5 million Americans lost their plans and doctors.

Coincidentally, 2013 was also after voters would ever have the chance to hold Obama accountable for the lie he’d told dozens of times for 5 years while they proclaimed it to be true.

NBC News, unsurprisingly and in keeping with the rest of the media, barely fact checked (only 4 innocuous statements from it) Chuck Schumer and Nancy Pelosi’s “Democratic response.” Also unsurprisingly, what they chose to check dovetailed exactly with a liberal agenda. Such hard-hitting like, “Democrats want to re-open government” and “The size of the wall,” because Schumer referred to a “30-foot wall.” They wrote, “Actually, New York’s senior senator was selling President Trump a little short. Candidate Trump, in various stump appearances, talked about building walls as tall as 45, 50, 60 and 65 feet, depending on the speech.” Hard-hitting stuff.

Media fact-checking is a joke; it’s a scam to mask blatant bias behind a curtain of objectivity. Then again, why should the fact-checking arm be any different than the rest of the media in the Trump era?

Please subscribe to Derek’s daily podcast on iTunes, Soundcloud, or Stitcher (it’s free!) to keep up to date on everything in the news and in-depth analysis of media bias and corruption.