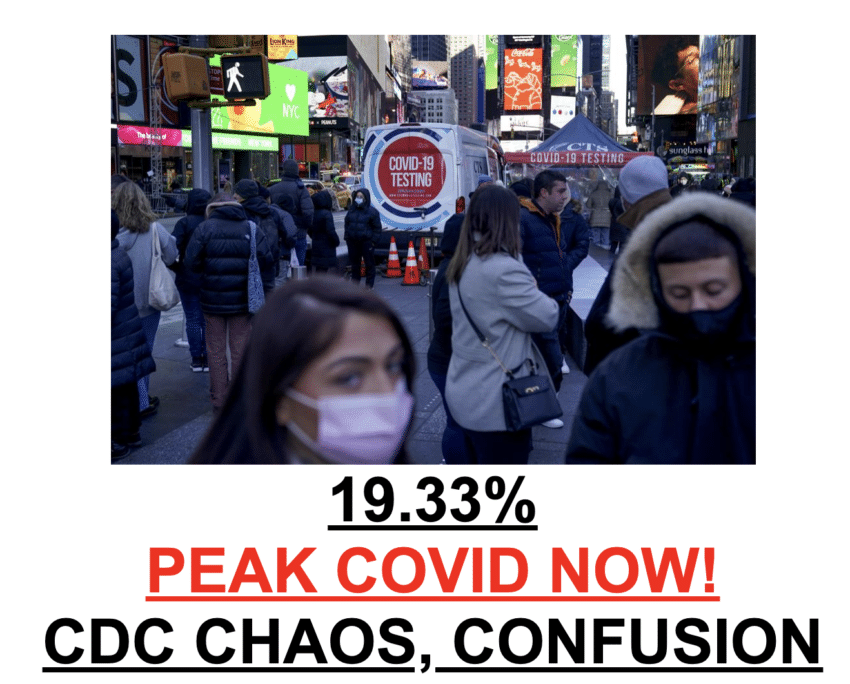 Global Covid-19 cases hit a daily record on Monday, disrupting the holiday season a year after vaccines first started rolling out and two years after the emergence of the virus that many hoped would be fleeting.

Most Read from Bloomberg

The more than 1.44 million worldwide infections smashed the prior record after factoring out a day in December 2020 when Turkey backdated a significant number of cases. A more conservative gauge — the seven-day rolling average that smooths out one-time fluctuations and holiday reporting irregularities — is also at an all-time high, owing to a tidal wave of omicron infections.

The highly mutated and most transmissible variant yet, omicron is fast becoming the dominant strain globally as it evades immunity normally provided by vaccines and previous infections. The seven-day rolling average of cases on Monday stood at about 841,000, a jump of 49% from a month ago, when omicron was first identified in southern Africa.

Studies suggest that although omicron infects 70 times faster than previous strains, the illness it causes may not be as severe, especially for people who have been vaccinated and received a booster shot. The ease of transmission and soaring number of cases could still squeeze hospital capacity worldwide, leaving the unvaccinated and anyone who needs medical care for other conditions in the lurch.

Governments already are warning that infections and hospitalizations may soar following the holidays, setting a grim tone as the world heads into the third year of the pandemic.

The silver lining is that daily Covid deaths haven’t significantly increased. The seven-day rolling average of deaths has hovered at about 7,000 since mid-October after falling from a delta-driven peak, despite the emergence of omicron.

The outlook heading into 2022 depends on whether the death toll follows cases and surges higher in the days to come, or if the omicron wave proves mild as more real-world data emerges. While deaths tend to lag infection rates by a few weeks, early indications from southern Africa and other locations where omicron has been circulating suggest some decoupling of the measures.

© BloombergCovid deaths are still relatively stable despite the case surge

Better pandemic tools may explain some of the rise in case counts. More infections are being found during this omicron wave thanks to improved contact tracing and testing capabilities in the worldwide fight against the pathogen.

The record case counts are increasing pressure on public health officials to reassess their Covid-control policies. The U.S. cut the recommended isolation time for people who test positive for Covid-19, allowing them to return to work sooner and potentially helping reduce widespread disruptions that could close schools or snarl supply chains.

The Best and Worst Places to Be as Omicron Upends Christmas

The arrival of omicron broadly halted the march toward normalization that characterized much of 2021. A reluctance to return to pre-vaccine lockdowns and other Covid curbs may be allowing the virus to spread more widely, though it’s also giving some people a more traditional holiday season with family and friends after a dismal 2020 before vaccines were widely available.