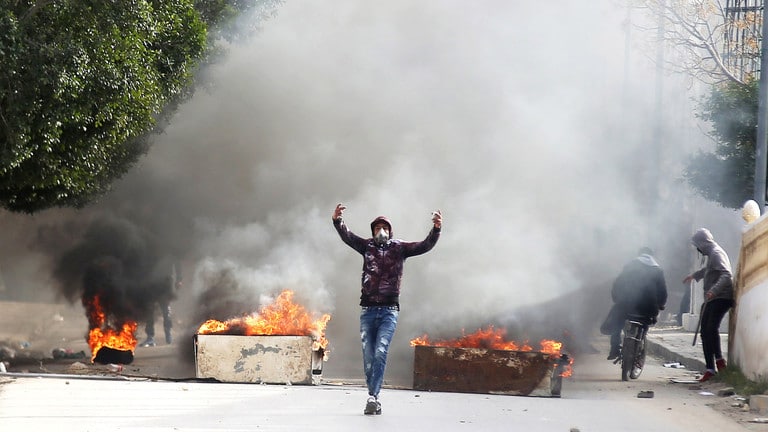 A journalist in Tunisia – the first country to face the Arab Spring – has set himself on fire, triggering a protest against unemployment and poverty. The case resembles the start of the 2011 Western-hailed revolt.

“For our people who have no means of subsistence, today I start a revolution,” journalist Abderrazak Zorgui told his audience in the poverty-stricken town of Kasserine.

Calling for people to rise up against poverty and poor living conditions, Zorgui then set himself on fire, invoking the well-known self-immolation of street vendor Mohamed Bouazizi in late 2010.

Zorgui was soon pronounced dead at a local hospital, and his funeral service quickly snowballed into violent protests in Kasserine and other towns. Kasserine, home to 76,000 people, saw clashes between stone-throwing protesters and police who deployed tear gas to disperse crowds.

Tunisia’s Interior Ministry said several arrests were made in connection with the protests and property damage. Meanwhile, in Kasserine, local authorities said an investigation into the death of Zorgui is underway.

ALSO ON RT.COMHundreds arrested as Tunisia sends troops to quell protests (VIDEO)Almost eight years after the start of the first Arab Spring revolt, Tunisia appears to be far from reaching the goals of the uprising, with people venting their anger at the government which they say is unable to create jobs and defeat unemployment. In 2011, these woes became fertile soil for a revolution that toppled the old-school autocratic ruler Zine el-Abidine Ben Ali. 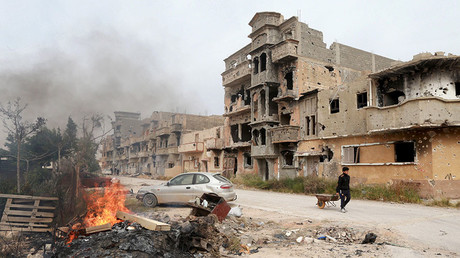 Chaos unrelenting: 6 years since Arab Spring started, no democracy in sight for Libya

Back then, Washington hailed the Tunisian revolution and welcomed its relatively peaceful transit to democracy. But have things really improved eight years since the Arab Spring uprising that saw pro-Western political forces dominate the new government?

“People have lost hope and probably some of them had high expectations after the uprisings of 2011,” Edmund Ghareeb, a Lebanese-American scholar at the American University in Washington, told RT.

“But the government has not been able to deliver on these high hopes and the economy has deteriorated, and unemployment has really gone sky high,” he said.

In the meantime, while there has been some democratization, including free elections and the government support for the freedom of speech, economic hardships remain, the expert explained.

Tunisians say they understand what was behind the journalist’s self-immolation.

“The reasons for this young man’s [Zorgui] suicide are poverty, isolation and the difficult situation journalists face in Tunisia,” an old woman said. “This tragedy sums up the status of journalists in Tunisia… they work without a contract and earn [low] wages,” another woman argued.

Since Ben Ali’s removal in 2011, Tunisia has been relatively stable compared to other Arab Spring-hit countries such as Libya and Syria. But nine successive governments have failed to get a grip on the economic situation, even despite an array of liberal reforms and numerous donations by the West.