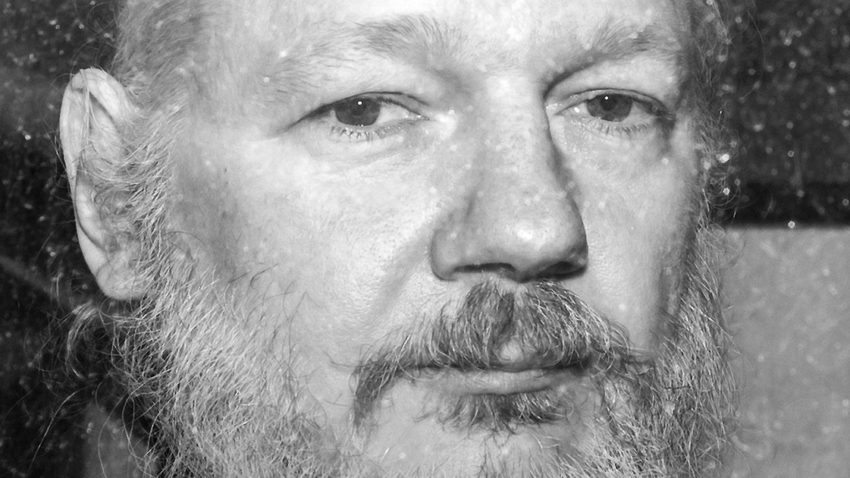 DOJ had previously only indicted Assange on a single count of conspiracy to commit computer intrusion. Thursday’s revelation of the additional 18 charges, filed in the Eastern District of Virginia, means Assange could face significantly more prison time if found guilty.

The alleged Espionage Act violations relate to Assange’s complicity with Chelsea Manning, a former U.S. Army soldier who was convicted in July 2013 of violating the Espionage Act after she shuttled troves of classified government information to WikiLeaks. Officials said Assange solicited the information from and then brazenly published details that put the government’s human sources at risk, disregarding explicit warnings from the government.

Traditionally, the Espionage Act has been used against government officials, like Manning, who reveal such classified information, rather than the journalists or foreign nationals who publish the information.

As a result, the use of the Espionage Act against Assange set off alarm bells among press freedom activists on Thursday. While WikiLeaks isn’t a conventional news organization, press advocates have long feared that charging Assange for the publication of government secrets could open the door to prosecuting reporters for doing the same.

“Any government use of the Espionage Act to criminalize the receipt and publication of classified information poses a dire threat to journalists seeking to publish such information in the public interest, irrespective of the Justice Department’s assertion that Assange is not a journalist,” said Bruce Brown, executive director of the Reporters Committee for Freedom of the Press, in a statement.

Edward Snowden, the former NSA contractor who also touched off a debate about the media’s role in publishing secret files when he leaked classified information to reporters in 2013, proclaimed: “the Department of Justice just declared war – not on Wikileaks, but on journalism itself.”

John Demers, head of DOJ’s national security division, pushed back at that argument on Thursday, insisting Assange is “not a journalist,” and alleging that the WikiLeaks founder “purposely published names he knew to be confidential human sources in warzones.”

It’s a debate that Justice Department officials have grappled with for years. The Obama administration previously looked into bringing similar charges against Assange, but decided against it.

“We didn’t bring this [Espionage Act] case for a couple of reasons,” said Matt Miller, an Obama-era DOJ spokesman. “First, we thought it was a dangerous precedent to prosecute Assange for something that reporters do all the time. We didn’t believe Assange was a journalist, but the Espionage Act doesn’t make any distinction between journalists and others, so if you can apply it to Assange, there’s no real reason you couldn’t apply it to [The New York Times]. Second, and it’s related, it’s not at all clear that charging someone with the publication of classified information could survive court scrutiny.”

Assange’s legal case took off in April after Ecuador revoked its seven-year asylum, forcing him out of the embassy in London and paving the way for his extradition to the United States for one of the biggest ever leaks of classified information. Justice Department officials said they could not comment on how this might affect Assange’s extradition from the U.K. to the U.S.

However, the government has not identified any individuals who were directly killed a result of Assange’s disclosures. The U.S. counterintelligence official who led the Pentagon’s review of the bombshell leaks told a court during Manning’s sentencing hearing in 2013 that investigators had not been able to find any such instances.

Still, Zach Terwilliger, the U.S. attorney in the Eastern District of Virginia, stressed that the government was “not charging Assange for passively obtaining classified information.” Rather, he is being prosecuted for publishing “a narrow set of classified documents in which Assange also published the names of innocent people who risked their safety” to help the United States.

“Assange is not charged simply because he is a publisher,” Terwilliger told reporters on Thursday.

Prosecutors said Manning had contacted Assange as early as November 2009, responding “to Assange’s solicitation of classified information made through the WikiLeaks website.” The appeal included a “Military and Intelligence Most Wanted Leaks” category that solicited CIA detainee interrogation videos.

Assange also encouraged Manning to transfer him Guantanamo Bay detainee assessment briefs in March 2010, according to chats obtained by the government, as well as Iraq rule of engagement files and 75,000 Afghanistan war-related significant activity reports.

John Brown, the FBI assistant director for national security, said the indictment was “the result of nearly a decade” of work.

The original Assange indictment, brought in March 2018 and unsealed in April of this year, charged the WikiLeaks founder with conspiring with Manning to hack a government computer to obtain hundreds of thousands of U.S. military reports about U.S. wars in the Middle East. WikiLeaks later published the leaked information.

Assange faces up to 10 years in prison on each count.

Manning was jailed in March after being held in contempt by a judge in Virginia for refusing to testify before a grand jury about Assange. She is still in prison, and DOJ officials would not comment on her situation on Thursday.

Michael Calderone contributed to this report.