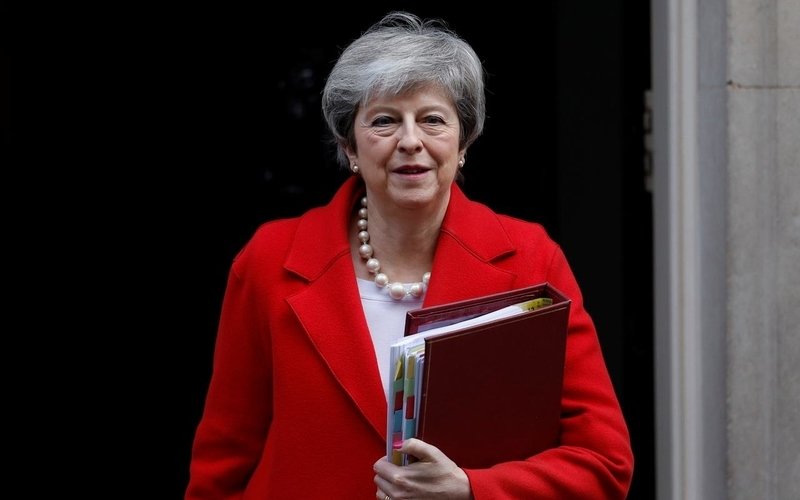 The UK’s attorney general says Brexit negotiations will continue as EU officials call for “acceptable” ideas by Friday to break the impasse.

Geoffrey Cox said plans to solve the deadlock over the Irish backstop were “as clear as day”, with just days until MPs vote on the Brexit deal.

Commons Leader Andrea Leadsom confirmed the vote will be held on 12 March.

Chancellor Philip Hammond has warned Brexiteers to vote for the deal or face delay to the UK’s exit from the EU.

The backstop is an insurance policy designed to prevent physical checks on the border between Northern Ireland and the Republic of Ireland.

Mr. Cox, who was in Brussels on Tuesday to push for further changes to the Brexit deal, said talks will “almost certainly” continue through the weekend.

He said there had been “careful discussions” with the EU and stressed it was government policy to seek the legal changes to the backstop.

“We are discussing the text with the European Union,” he said.

“I am surprised to hear the comments that have emerged over the last 48 hours that the proposals are not clear; they are as clear as day, and we are continuing to discuss them.”

Chancellor urges a vote for a deal

Earlier, when speaking to BBC Radio 4’s Today programme, Mr. Hammond refused to be drawn on how he would vote if Mrs. May’s deal is defeated.

“If the prime minister’s deal does not get approved on Tuesday then it is likely that the House of Commons will vote to extend the Article 50 procedure, to not leave the European Union without a deal, and where we go thereafter is highly uncertain,” he told BBC Radio 4’s Today programme.

“For those people who are passionate about ensuring that we leave the European Union on time it surely must be something that they need to think very, very carefully about now because they run the risk of us moving away from their preferred course of action if we don’t get this deal through.”

In the Commons, Mr. Cox also noted that his proposals to change the backstop had been referred to in some quarters as “Cox’s codpiece” – using a term to describe a pouch attached to a man’s breeches worn in the 15th and 16th Century.

“What I am concerned to ensure is that what’s inside the codpiece is in full working order,” he quipped.

But Brexiteer Mark Francois, who is a member of the Eurosceptic group of Conservative MPs, the ERG, said Mr. Cox had taken charge of the negotiations and would “effectively be examining his own codpiece in the Commons”.

He questioned how Mr. Cox could provide objective advice when he was “in effect marking his own homework”.

Mr. Cox replied that “the law is the law”, and that he will judge documents relating to the backstop “entirely and impartially”.

The chancellor’s explicit warning to Brexiteers

What we heard from the chancellor this morning was that he was clear about the uncertainties ahead – and rather unclear (cagey, in fact) about how he might vote when it came to decision-time about a no-deal.

There was an explicit warning to Brexiteers: vote for the prime minister’s deal because otherwise, it’s delay and a soft Brexit.

As one minister expressed to me yesterday, they believe the vote does have a chance of getting through because Brexiteers will realize – just in time – that it’s either the PM’s deal next week, or what this minister described as “soft, softer, then meltdown”.

But across government, the mood is not optimistic about what’s going to happen next week and most ministers are expecting a defeat.

French Europe minister Nathalie Loiseau reiterated the EU’s position that the withdrawal agreement cannot be reopened and said the deal was the “best possible solution” with the controversial Irish backstop a “last resort solution”.

“We all agree that it should be temporary.”