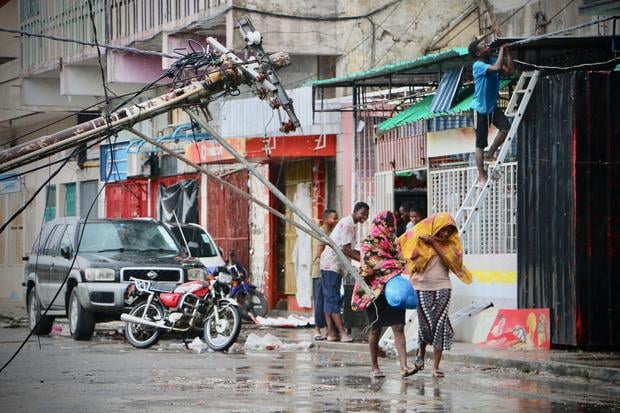 The death toll in Mozambique from Cyclone Idai could reach 1,000, President Filipe Nyusi has said.

It made landfall close to the port city of Beira on Thursday with winds of up to 177 km/h (106 mph), but aid teams only reached the city on Sunday.

The official death toll stands at 84 following flooding and high winds, which have destroyed homes and ripped roofs from concrete buildings.

The cyclone has killed at least 180 people across southern Africa.

On a visit to Beira, President Nyusi said that its impact had been devastating, adding that he had seen bodies floating in the floodwater.

Earlier, the International Federation of Red Cross and Red Crescent Society (IFRC) described it as “massive and horrifying”.

People have had to be rescued from trees, head of the IFRC assessment team, Jamie LeSeur, told the BBC.

In neighbouring Zimbabwe, 98 people have died and 217 people are missing in the east and south, the government says.

This includes two pupils from the St Charles Lwanga boarding school in the district of Chimanimani, who died after their dormitory was hit when rocks swept down a mountain.

Malawi has also been badly hit. The flooding there, caused by the rains before the cyclone made landfall, led to at least 122 deaths, Reliefweb reports.

The UK government said it would provide humanitarian aid worth £6m ($8m)to Mozambique and Malawi.

It also said it would send tents and thousands of shelter kits to Mozambique.

How bad is the damage in Beira?

At least 84 people have died in Mozambique, mostly around Beira, the country’s fourth largest city with a population of about 500,000, the authorities there say.

More than 1,500 people have been injured by falling trees and debris from buildings including zinc roofing, the BBC’s Jose Tembe in the capital, Maputo, quotes officials as saying.

“Almost everything has been affected by the calamity,” Alberto Mondlane, the governor of Sofala province, which includes Beira, said on Sunday.

“We have people currently suffering, some on top of trees and are badly in need of help.”

Local people in Beira have put in an “incredible effort” to reopen roads in the city, Mr LeSeur told the BBC’s Newsday programme.

“Beira has been severely battered. But we are hearing that the situation outside the city could be even worse,” a statement from the IFRC quotes him as saying.

The road linking Beira to the rest of the country has been damaged, but air links have now resumed.

What’s the situation in Zimbabwe?

A state of disaster has been declared in Zimbabwe. President Emmerson Mnangagwa has returned home early from a trip to the United Arab Emirates to “make sure he is involved directly with the national response”, the authorities say.

The ministry of information has shared pictures of pupils from St Charles Lwanga School, who have now been rescued. 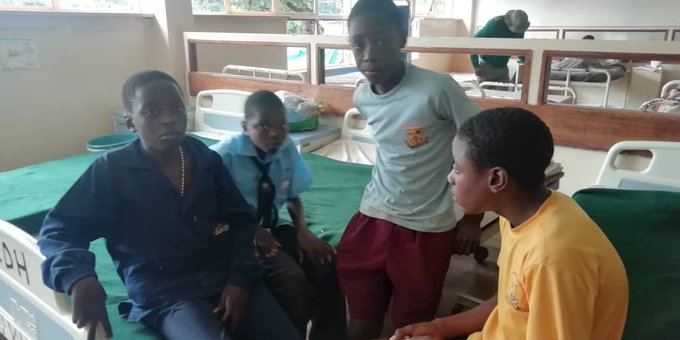 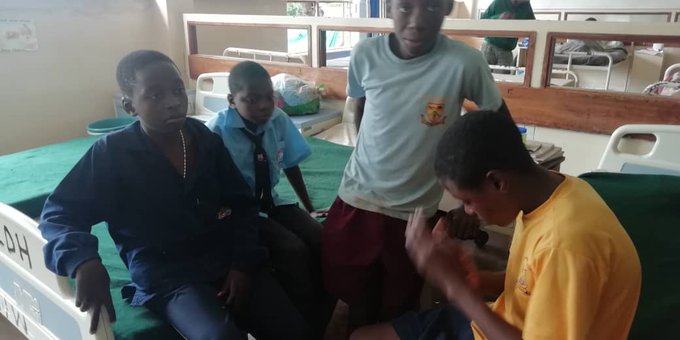 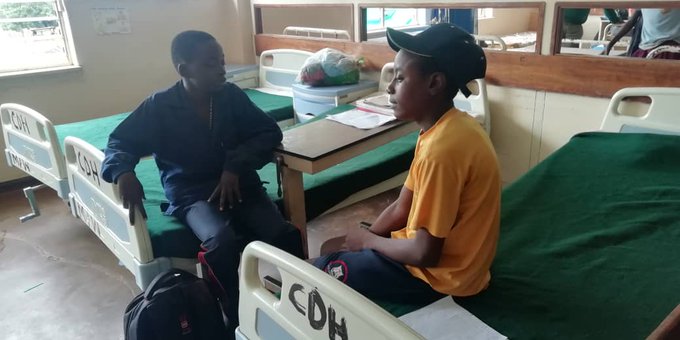 My journey to Chimanimani ended abruptly when we came across a huge crater in the road.

The river was raging below and scores of people were standing on either side.

This was the main road linking the city of Mutare to the villages of Chimanimani, which have been cut off. Aid teams have been unable to get through.

People who live in this area say they have never seen anything like this.

An elderly couple, Edson and Miriam Sunguro, told me that they have been trying to contact relatives in Chimanimani without success.

What will the weather do next?

“There is a risk of more rain over the next few days for the northern half of Mozambique and southern Malawi,” BBC Weather’s Chris Fawkes says.

There could be thunderstorms, he adds, but “the picture is complicated by thick layers of cloud left over from Idai that could prevent some thunderstorms from starting”.