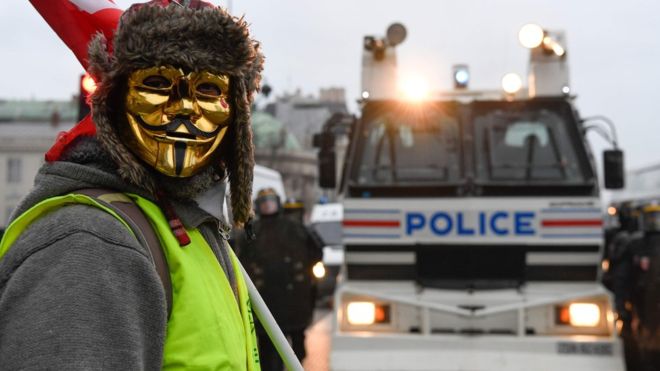 His government wants to draft new legislation that will ban troublemakers from protests and clamp down on the wearing of masks at demonstrations.

He said 80,000 members of the security forces would be deployed for the next expected wave of protests.

Protesters smashed down the gates to a government office this weekend.

In other chaotic scenes in Paris, demonstrators fought riot police, and cars and motorbikes were burnt.

Protests against fuel tax erupted on 17 November when people across France donned high-visibility vests, giving them their nickname the “yellow vests”, and went out to disrupt traffic.

Similar actions have followed every weekend and while the number of demonstrators has dropped, cities across France continue to see rioting and disruption.

At least six people have died and at least 1,400 have been injured as a result of the unrest.

What measures does the government plan to take?

Speaking on French TV channel TF1, Prime Minister Philippe said the government would support a “new law punishing those who do not respect the requirement to declare [protests], those who take part in unauthorized demonstrations and those who arrive at demonstrations wearing face masks”.

Known troublemakers would be banned from taking part in demonstrations, in the same way, known football hooligans have been banned from stadiums.

The onus would be on “the troublemakers, and not taxpayers, to pay for the damage caused” to businesses and property during the protests.

What began as anger over a green tax on vehicle fuel has grown into more general discontent with the leadership of President Emmanuel Macron, whom protesters accuse of favoring the urban elite.

“Those who question our institutions will not have the last word,” Mr. Philippe said on Monday.

In a sign that the government was taking a harder line, police arrested one of the protest leaders, truck driver Eric Drouet, last week for organizing an unauthorized demonstration in Paris.

Just how bad has the violence got?

On Saturday, rioters started fires on the prestigious Boulevard Saint Germain in Paris…

Other cities like Rouen and Caen also saw rioting and in all, some 50,000 people took to the streets across the country (compared with the 280,000 who turned out in November).

Investigations are underway after video also emerged of a police commander hitting people during a protest in the southern city of Toulon. 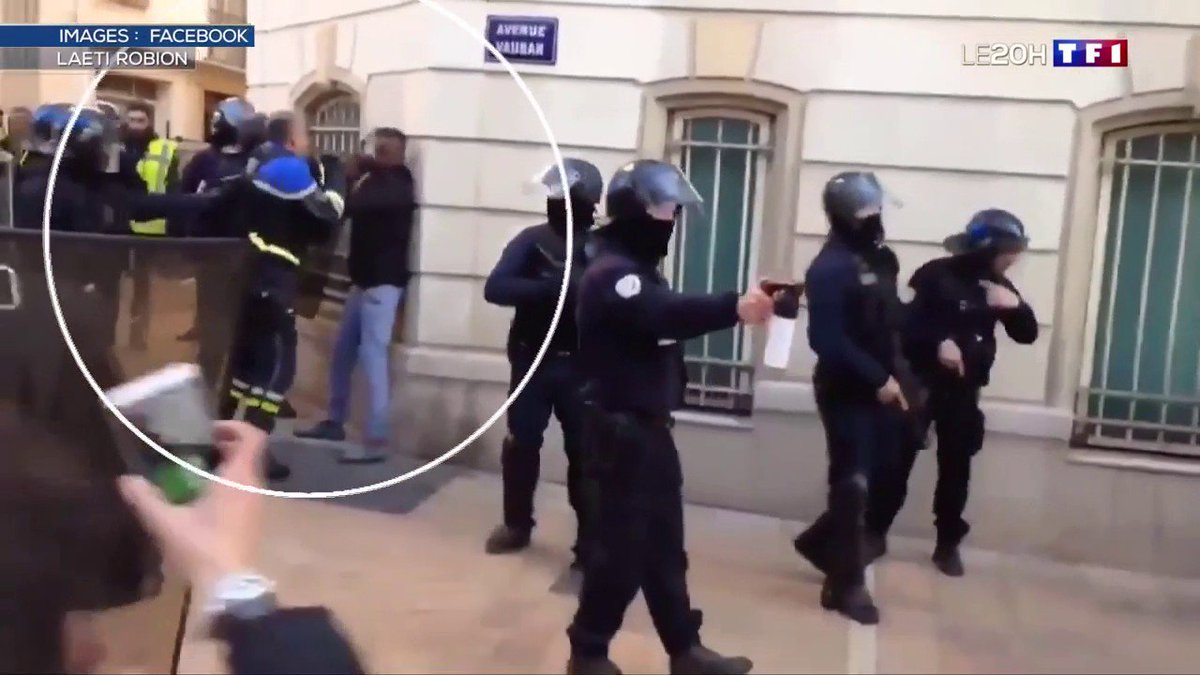