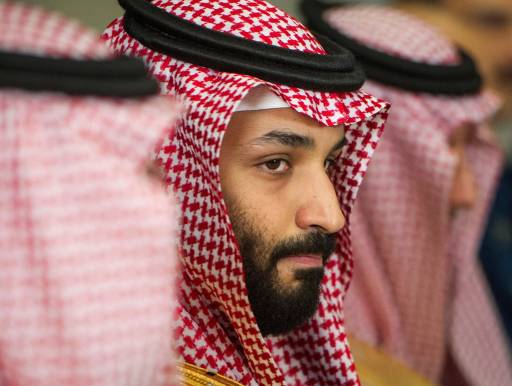 FIVE of the men brutally beheaded in Saudi Arabia were secret gay lovers tortured into terror confessions, it’s been claimed.

One of the 37 “militants” ruthlessly executed during a single bloody day last week is said to have admitted to having sex with four of the others.

However, many believe the admissions – along with others released during their one-sided court trials –  may have been obtained under torture.

Homosexuality is punishable by death in the Gulf state which strictly adheres to Sharia law.

The man reportedly denied all the charges against him and his lawyer claimed the confession was totally fabricated.

The backward country executes men and women for engaging in homosexual activity although it does release any official figures about how many gay people it beheads every year.

In 2009, a man named Ahmed bin ‘Adhaib bin ‘Askar al-Shamlani al-‘Anzi was executed for a number of charges including “homosexual intercourse” and possession of pornography.

He had his head removed in front of a baying crowd in Riyadh before his body was crucified and put on display.

Last Tuesday one prisoner was crucified and another had his head impaled on a spike during dozens of sickening executions held over one day in the ruthless kingdom.

Those killed during the beheading bloodbath had all been convicted of “terrorism offences” in the hardline desert country.

The killings were carried out in Riyadh, the Muslim holy cities of Mecca and Medina, central Qassim province and Eastern Province, home to the country’s Shiite minority.

Saudi authorities later revealed one person was crucified after his execution – a punishment reserved for what are deemed very serious offences.

It also publicly placed the executed body and severed head of a convicted Sunni extremist on a spike as a warning to others.

Lawmakers said the men were charged with “adopting terrorist extremist ideology, forming terrorist cells” and harming the “peace and security of society”.

One of the men executed was just 16 at the time of his arrest, according to Amnesty International.

Those executed had been involved in attacking a base killing a number of security officers, the Saudi Press Agency statement said.

Amnesty International said they were convicted “after sham trials” that relied on confessions extracted through torture.

It marked the largest number of executions in a single day in Saudi Arabia since January 2, 2016, when the kingdom executed 47 people for terrorism-related crimes.

Among those slaughtered was Abdulkarim al-Hawaj, 21, just a schoolboy when he was detained and accused of being a “terrorist” for sending texts online about an anti-government demonstration.

The Interior Ministry’s statement said those executed had adopted extremist ideologies and formed terrorist cells with the aim of spreading chaos and provoking sectarian strife.

It said the individuals had been found guilty according to the law and ordered executed by the Specialised Criminal Court in Riyadh, which handles terrorism trials, and the country’s high court.

Amnesty International said 11 of the men were convicted of spying for Iran and sentenced to death after a “grossly unfair trial”.

At least 14 others executed were convicted of violent offenses related to their participation in anti-government demonstrations in Shiite-populated areas of Saudi Arabia between 2011 and 2012.

The Interior Ministry said the body of one of the executed men Khaled bin Abdel Karim al-Tuwaijri was publicly pinned to a pole.

The statement did not say in which city of Saudi Arabia the public display took place.

He appears to have been convicted as a Sunni militant, though the government did not give a detailed explanation of the charges against each individual executed.

The killings brings the number of people executed since the start of the year to around 100, according to official announcements.

Last year, the kingdom executed 149 people, most of them drug smugglers convicted of non-violent crimes, according to Amnesty’s most recent figures.

UN human rights office condemns Saudi Arabia’s beheading of 37 men, saying most were minority Shi’ite Muslims who may not have had fair trials and at least three were minors