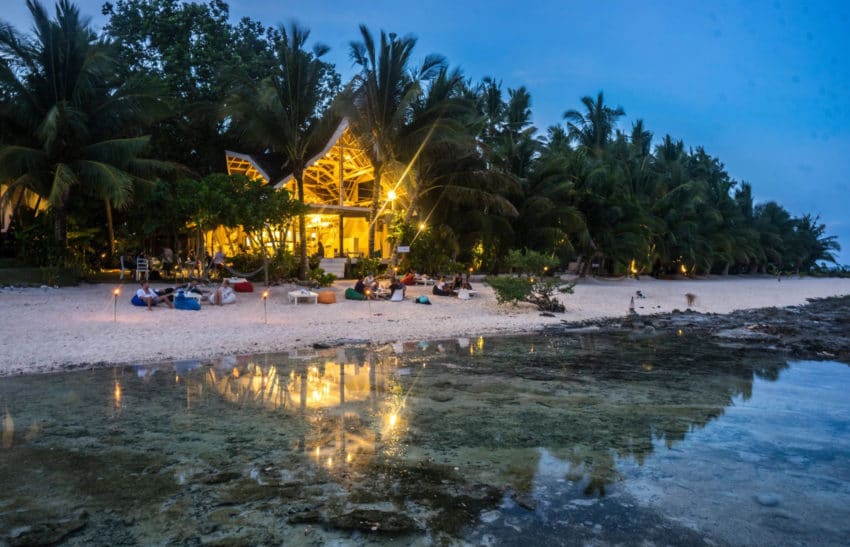 A small-business owner on an island in the Philippines has become a local hero for pushing back at the growing number of international travelers who introduce themselves as “influencers” as a way to get free food, drinks and lodging.

He made his stand on Siargao, a tear-drop-shaped island long popular with surfers. In recent years it has also drawn a large number of travelers who believe that their vacations should be free so long as they make Instagram stories, according to several local business owners.

Last week, Gianlucca Casaccia, 40, the manager and co-owner of the White Banana Beach Club, decided it was time to take action after opening his inbox and finding yet another message containing the phrase: “I am an influencer.”

Since May, when Mr. Casaccia, who is Italian, and his wife, who is from Manila, opened their cocktail bar overlooking the turquoise Philippine Sea, they have received about 100 of these messages, he said.

Along with a bar, the venue has a restaurant and two “luxury dorms” for around $23 a bed. The typical email from a “wannabe influencer” is something like: “I’m coming from the 25th to the 27th. We need three beds and food and accommodation.” In exchange, the traveler offers content instead of money.

“We found this disrespectful,” he said in an interview Monday night. It didn’t help that often the “influencers” had fewer than 2,000 Instagram followers. “How can you help me if you are no one?” he asked

And so on March 26, he posted the following on Facebook:

We are receiving many messages regarding collaborations with influencers, Instagram influencers. We kindly would like to announce that White Banana is not interested to “collaborate” with self-proclaimed “influencers.” And we would like to suggest to try another way to eat, drink, or sleep for free. Or try to actually work.

He was not aiming to go viral, he said. “I just did it to make these people stop.”

But within a week, Mr. Casaccia had racked up more than 11,000 likes, 3,000 shares and nearly 700 comments and had generated a feisty debate about the value of “influence.”

Many applauded his attack on the overly entitled “new age beggars,” as one commenter called them.

But others defended the entrepreneurial travelers. What’s wrong with trying to see what you can get? So asked Jovelyn Mateo, a travel blogger from Manila, on the White Banana Beach Club Facebook page. “If you know that you have something to offer on the table, it’s never a bad thing to try,” she wrote.

And didn’t the island owe its popularity in part to breathtaking and well-curated Instagram photos? That’s what Lance De Ocampo, a Filipino blogger and YouTuber, asked his nearly 49,000 Instagram followers in a now-deleted post.

In response, Mr. Casaccia offered a clarification on his Facebook page: White Banana Beach Club was not against “real influencers.” He had even reached out to some of these in the past. (Asked to put a number on legitimate social influence, he put the number at half a million followers.)

The people who bothered him were the “wannabe freeloaders,” he said.

Some of his critics called that snobby and arbitrary and pointed out that he used his viral fame to point people to the club’s Instagram account. But on the island, many praised Mr. Casaccia’s stand. Davide Barbi, an artist who owns a villa on Siargao, recounted a recent evening that had been ruined by “freeloaders.”

“We’re basically a bunch of surfers, the alchemy with ‘Instagrammers’ was peculiar, to call it the least,” he said in an email. “After their few fairly embarrassing poses and related pics, they stated ‘they love our place and how famous it could become with their media crowds checking it out.’” When it became clear that he was not going to trade a stay in the villa for online photos, the travelers disappeared.

These tensions are certainly not new or unique to Siargao. In January 2018, the owner of a boutique lodge in Dublin got into a widely publicized fight with a young YouTuber who requested free lodging. In June of that year, The Atlantic reported that resorts in the Maldives were swamped with influencer inquiries. But several people in the hotel industry say influencers have taken bartering to a whole new level lately.

“The number of requests are now so high that we don’t even bother replying,” said Jacques Maudy, who manages villas in Bali through the website nomadholidayrentals.com. “We even had the case a couple of weeks ago of a group of friends who secured one of our villas with a deposit and then tried to bargain the balance against a couple of posts.”

The Jashita Hotel in Tulum has faced such an overwhelming number of inquiries from “influencers” over the past six months that the hotel has stopped working with them, said Abigail Villamonte, the front desk manager.

“Yes we are annoyed — to be honest with you,” she said. “Because they don’t even write about it. They just post one picture.” And that just leads to more requests from influencers, she said.

As for Mr. Casaccia, he said the messages slowed down for a few days after his Facebook post. But then they picked up again, though travelers are less demanding than before.

He said he even surprised himself by striking a conciliatory tone with one correspondent. “I can see you have good content,” he wrote. “But I suggest you do not introduce yourself as an influencer.”

Heather Murphy is a science reporter. She writes about the intersection of technology and our genes and how biotech innovations affect the way we live. @heathertal