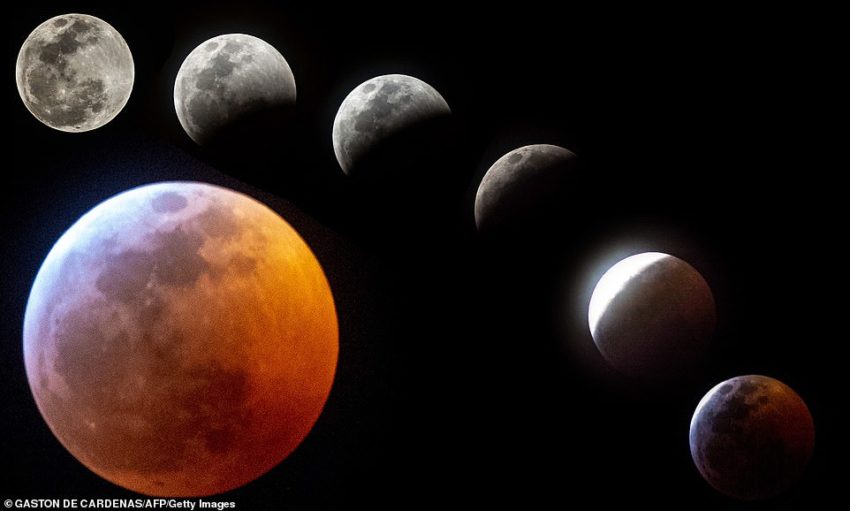 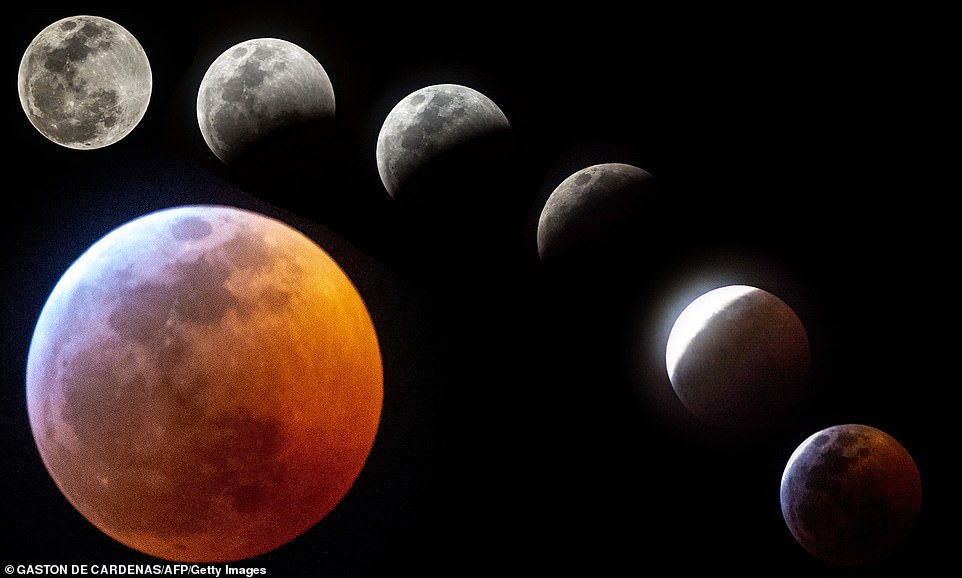 Stargazers around the world kept their eyes turned to the sky overnight in a bid to catch a glimpse of the spectacular ‘Super Blood Wolf Moon’.

The unusual set of celestial circumstances came together for skywatchers in Europe, Africa, and the Americas from Sunday night and into Monday were a total lunar eclipse offered a view of a large, red moon.

Cloudy skies had initially threatened to ruin the total lunar eclipse for those in Britain and the U.S. but astronomy buffs were able to see the moon turn a striking red color.

The best view of the lunar eclipse for those in the UK was scheduled to take place at 5.12am (GMT), while the moon was to appear its most red for Americans at 11.41pm (EST).

The full Moon will appear bigger than normal because it is closer to the Earth – about 222,000 miles (358,000 kilometers) away – which earns it the nickname ‘super Moon.’
READ MORE