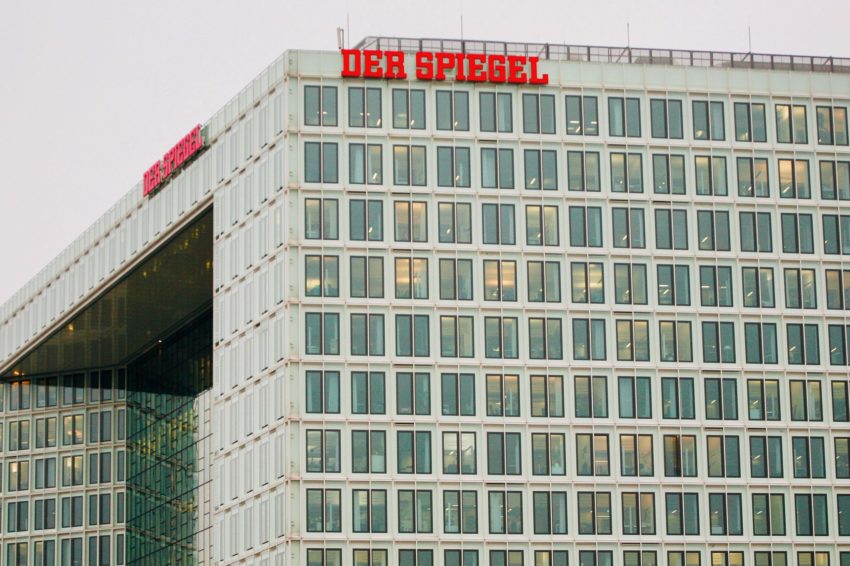 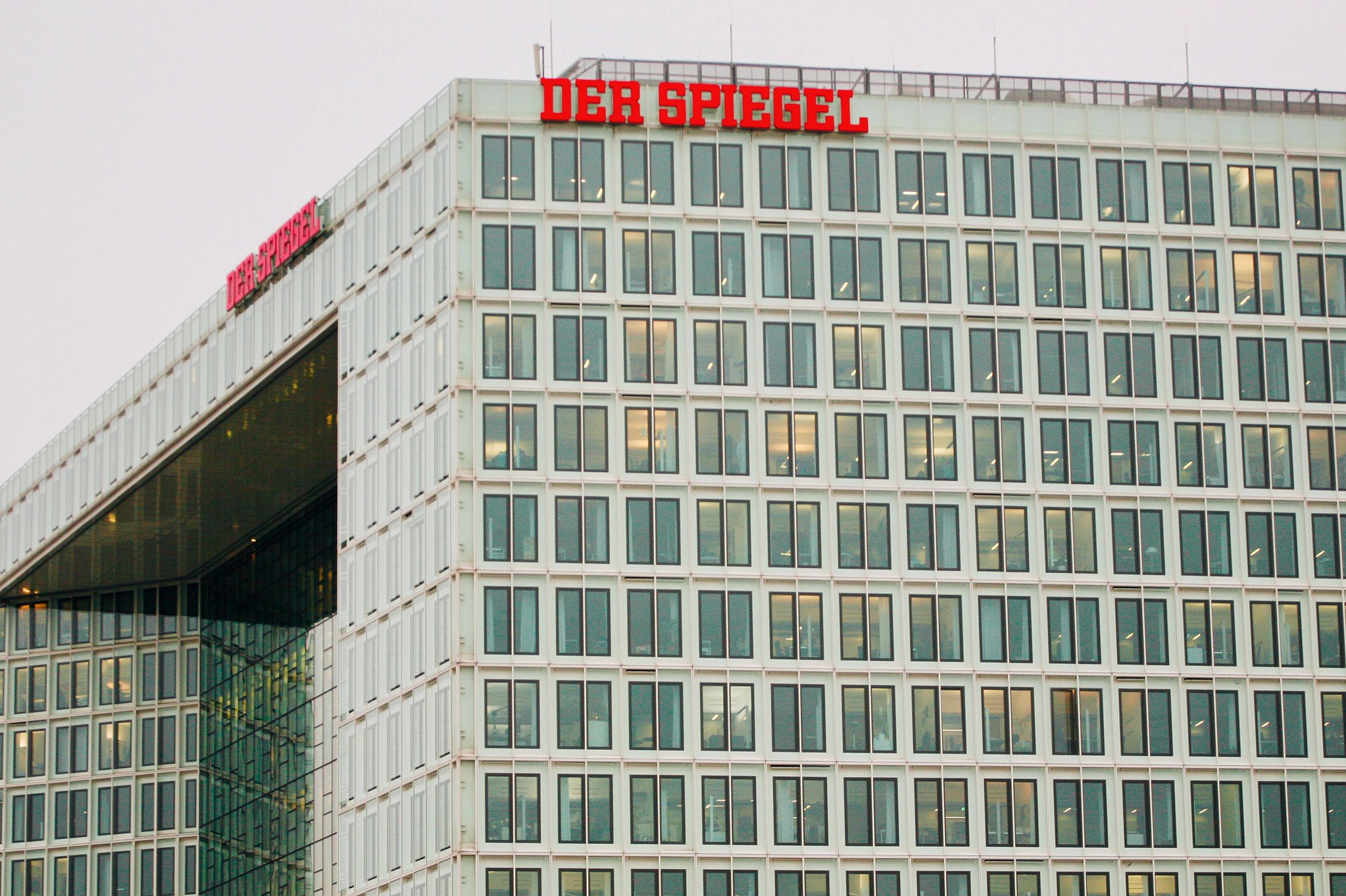 On the morning of December 19th, the editors of Der Spiegel called a staff meeting in the lobby of its headquarters, in Hamburg. The magazine’s offices occupy an immense but elegant building, with rows of windows tinged by the emerald color of the city’s waterways. An inscription on the wall near the entrance offers an imploring quote from the magazine’s founder, Rudolf Augstein: “Sagen, was ist”—Say what is. At the meeting, the editors told the staff that Claas Relotius, one of the publication’s star reporters, had invented characters, conversations, and other details in many of the dozens of stories he published in the magazine in the past seven years. The weekly production of a magazine is intensively collaborative and necessarily collective. The reputation of Der Spiegel, perhaps the most prestigious magazine in Europe, rests in no small part on the esteem of its fact-checking department, which employs at least sixty people full time. Many of the staff members at the meeting, one Spiegel reporter told me later, we’re close to tears. “We were all shocked and sad,” the reporter said. “It went to the core of how we understood our work. How could one single person be so harmful to all that we have been working on and pride ourselves on?”

A month earlier, Relotius had e-mailed Juan Moreno, a freelancer he was working with on a story about immigration at the U.S. border. Relotius complained that Moreno’s sections of the piece, which followed a twenty-five-year-old Honduran woman traveling to the U.S. with her daughter, sounded like a “bad movie.” Relotius’s contributions, on the other hand, were the stuff of Tarantino; he’d embedded with a group of vigilante patrollers from Arizona, who went by the aliases Pain, Luger, and Ghost, and who waited for migrants on the American side of the border, outfitted with bulletproof vests and night-vision devices. Moreno, for his part, thought that Relotius’s sections were “too shiny,” and noticed that certain facts seemed off-kilter. For instance, one of the men was unemployed and presumably uninsured, but his daughter had spent months in a rehab facility; the men said that they’d handcuffed people in the mountains of Brownsville, but that part of Texas is flatlands. Relotius was a young reporter, and Moreno suspected that the militiamen might have played him. When the story was in layout and ready to go to print, the two journalists spoke on the phone. Moreno told Relotius that he’d read a similar story about border militias in Mother Jones, and some of the information in the two articles didn’t match up. Relotius assured him that only one of the people he’d met in Arizona had also appeared in the other article. “Then I knew, O.K., we’re in trouble, because he’s lying to me,” Moreno told me recently. (Relotius did not respond to a request for comment.)

When Moreno first expressed skepticism to his editors about the magazine’s superstar, he was told that there would be serious consequences, either for Relotius or for him. “It was pretty clear that meant for me,” Moreno said. He was a freelancer, which meant he was “only as good as his last story.” He quietly began an audit of Relotius’s past work. In one story, two young Syrian siblings, stranded in Turkey and working in sweatshops, dream of Angela Merkel as “a young woman in white robes with silky soft skin and long, golden hair.” In the opening paragraphs, the sister sings of two children who lose everything only to eventually become the king and queen of Syria. Relotius wrote that schoolchildren from all over the country—Raqqa to Damascus—once learned the song. But, when Moreno called more than two dozen Syrians, none of them had ever heard it. Relotius had also published a long, emotional interview with Colin Kaepernick’s parents. Moreno contacted their lawyer. It turned out that the Kaepernicks, who had mostly declined to speak to anyone in the American media, had never spoken with a German reporter, either. “I had the crime,” Moreno told me. Still, he wanted to build more of a case. He travelled back to Arizona to meet with several of the militia members whom Relotius had purportedly interviewed and filmed their responses to being shown a photo of him—they’d never seen the guy. He sent the video to the Spiegel editors, who finally confronted Relotius. “What feels good, at least, is that we were the ones to discover and to break it,” the other reporter told me. “The worst thing, really, that could have happened is that somebody from outside discovered what had gone wrong. That would have been devastating.”

The Relotius case seems exceptional in its excesses, and deeply pathological. In “Lion’s Boys,” a piece about two Iraqi brothers imprisoned by isis and made to serve as suicide bombers, the boys are shown being taught passages from the Quran by their captors. Although the main character in the story was entirely fabricated, Relotius reportedly beseeched the Arabic-speaking members of Spiegel’s fact-checking department to be extra vigilant with the German translation of the Quran. He would call the fact checkers while (supposedly) on assignment to tell them that he was at a police station being shown confidential footage, Moreno said, but he wasn’t allowed to take notes or use a recorder. When the story later landed on the fact checker’s desk, the checker could tick off that Relotius had cleared that section in advance.

Some of the oversights, though, are hard to explain. In a story about Fergus Falls, Minnesota, which was conceived, shortly after Trump was inaugurated, as a reportage from flyover country, Relotius stated that the town voted 70.4 per cent for Trump, when the real figure was closer to sixty per cent. That discrepancy, so easy to confirm, is difficult for a fact-checking department to justify. In another, about climate change, he reported that three cities on the South Pacific island of Kiribati were entirely flooded and abandoned; it turns out that two of the cities he named are still fully inhabited and thriving. Last September, Relotius published an interview with Traute Lafrenz, who, at ninety-nine years old, is the last living member of the White Rose resistance group, which worked against the Nazis in Munich in the nineteen-forties. A member of the magazine’s staff called Lafrenz in December to confirm that Relotius had, in fact, met with her. It turned out that he had, and much of the interview was accurate. Relotius nonetheless sprinkled in a few fabricated quotes. “There was really no need to invent,” the Spiegel reporter told me. “She was the last member; whatever she would have said would have been great.”

“Lügenpresse,” or lying press, is a term, invented in Germany, in 1914, to refer to enemy propaganda, and it has started to make a comeback, a century later, among far-right groups that accuse the German media of refusing to report on crimes committed by refugees. (“Lügenpresse” has also become a favored expression of Trump voters.) Indeed, for members of the Alternative for Germany, the country’s ascendant far-right party, the seemingly partisan nature of Relotius’s creations, with their frequent excesses, must have proved better fodder for outrage than anything they could have invented themselves. (Richard Grenell, Trump’s Ambassador to Germany, responded to the incident by posting on Twitter and Instagram that Der Spiegel was anti-American, accompanied by a collage of covers about the U.S., including two investigations on the use of torture at Abu Ghraib.) In the Fergus Falls piece, which has since been un-published from Der Spiegel’s Web site, Relotius describes approaching the town on a bus by way of a forest that “looks like dragons live in it.” His main character, a twenty-seven-year-old city administrator named Andrew Bremseth, is portrayed as a gun-toting virgin who has never seen the ocean. (In a post on Medium, titled “Der Spiegel journalist messed with the wrong small town,” two Fergus Falls residents subsequently shared a photo of Bremseth vacationing at the beach with his longtime girlfriend. ) “One thing Claas really knew how to do was, he can read people,” Moreno told me. “He knows what people need.” He would invite newcomers to help him with a scene in one of the stories he was working on, or discuss his adventures with adrenaline junkies in the office. The stories Relotius published for Der Spiegel often presented a kind of liberal fantasy world. But he also published stories in other magazines, such as Die Weltwoche, a right-leaning magazine in Switzerland, which had a conservative bent.

Der Spiegel’s critics have argued that Relotius was propelled by the incentive structures of the magazine itself. Christoph Schwennicke, a former Spiegelreporter who now runs the German magazine Cicero, criticized what he called “Schnibbism,” named for Cordt Schnibben, an editor who developed a section for Der Spiegel that emphasized story and auteur-driven reportage. Schnibben established a school in which “the reality is just the material out of which you produce a story,” Schwennicke told me. “Like you’re a Hollywood writer, and you’re writing the script for a movie.” Spiegel reporters have argued that Schnibben revived the art of feature writing in Germany, that he did for magazine writing what “The Sopranos” did for TV. “The argument, in the end, can’t be, don’t write beautifully,” the Spiegel reporter told me. “We are doing stories. That’s our work, to tell things and make people want to read it. And it’s an art to make people want to read it. It’s a profession.” The magazine’s own exposé on the Relotius affair, written by an editor, Ullrich Fichtner, began with the line, “Shortly before the end of his journalistic career, misery and glamor crossed paths in the life of Claas Relotius.” The story presented Relotius as a kind of evil nimbus, and Moreno as the magazine’s white knight. Even in exposing a fraudster, the magazine couldn’t stay away from the Spiegel style. (Fichtner has since been suspended from his position.)

When I sat down with Moreno, at a coffee shop in the Prenzlauer Berg neighborhood of Berlin, the first thing he said, with some annoyance, was that now “everyone thinks I’m a perfect journalist.” He wore a Golden State Warriors hat and pointed to a stain on his spearmint sweatshirt. “I’m, like, this totally disorganized guy,” he said. He is of Spanish origin but grew up in Germany, and, in the forty minutes we talked before he left to pick up his kids, I found him earnest. His name had been on a story that he knew to be wrong, he told me, and he had simply been worried that, someday, it would get him in trouble. He believes the reason he was able to discern, eventually, that Relotius was a fabricator was because he’d never actually met Relotius; everyone who worked with Relotius at the magazine loved him. “They said, you speak to him one time, and you would believe everything he says,” Moreno said. “The only way for me to judge him was his work.” TV crews that tried to follow up on his stories but couldn’t find the same material were nonetheless convinced by Relotius that they simply weren’t as good as he was. Relotius won the German Reporter Prize, among the most prestigious journalism awards in Germany, four times. “He got four. He was a journalist for five years,” Moreno said. “I mean, come on.”