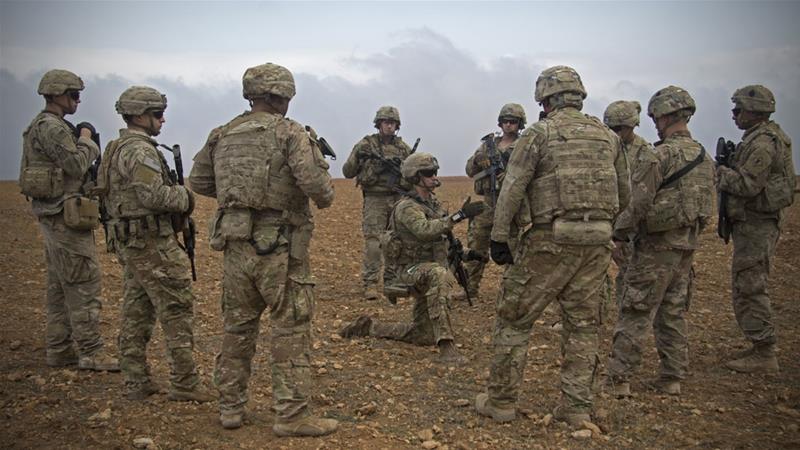 US President Donald Trump has agreed to allow about four months for the US military to pull its troops out of Syria, the New York Times reported on Monday, citing administration officials.

The report came after Trump tweeted that “we’re slowly sending our troops back home”, backtracking on his initial order for a rapid withdrawal.

Trump unexpectedly announced the troop pull-out on December 19, and US media, citing military officials, reported the withdrawal would take place within 30 days.

But on Monday, the New York Times reported that Trump privately told Paul J LaCamera, the commander of US forces in Iraq and Syria, last week that he could have several months to pull the some 2,000 US troops out.

Military officials declined the New York Times’s request to specify when the departure will take place. The newspaper noted the security concerns and those officials are aware that Trump may change his mind at any time.

On Sunday, US Senator Lindsey Graham said Trump had agreed to slow down the timetable. Graham told reporters that he was “going to ask [Trump] to sit down with his generals and reconsider how to do this”.

Trump initially said the Islamic State of Iraq and the Levant (ISIL, also known as ISIS) had been defeated, but he has somewhat backtracked on that claim, saying now that ISIL is “mostly gone”.

Trump’s decision to pull US troops out of Syria has angered many politicians, including those within his own Republican Party, as well as Pentagon officials. Defense Secretary James Mattis unexpectedly resigned after the announcement, and Brett McGurk, the US’s top envoy in the fight against ISIL, announced he would be leaving his post earlier than expected due to the decision.

Critics not only warn of a resurgence of ISIL but worry that the withdrawal is a betrayal of US-backed Kurdish forces in Syria and leaves them vulnerable to an attack from Turkish forces. Turkey considers the US-backed Kurdish People’s Protection Units, which now controls nearly 30 percent of Syria, a terrorist group linked to fighting within its own borders.

Critics also contend the US withdrawal would embolden Iran and Russia, which have supported the government of Syrian President Bashar al-Assad.

Trump’s national security adviser, John Bolton, will travel to Israel and Turkey in early January to discuss what the White House says is the “deliberate and coordinated” withdrawal of US forces from Syria. Bolton also will be discussing increased cooperation with the Turkish military and other partners.

Bolton’s spokesman, Garrett Marquis, said in a statement on Monday that Bolton will be joined in Turkey by Joseph Dunford, the chairman of the Joint Chiefs of Staff, and James Jeffrey, the secretary of state’s special representative for Syria engagement.

Meanwhile, US Secretary of State Mike Pompeo and Israeli Prime Minister Benjamin Netanyahu vowed on Tuesday to continue cooperating over Syria and in countering Iran in the Middle East.

In his first public comments on Trump’s decision to pull out troops, Pompeo said it “in no way changes anything that this administration is working on alongside Israel” and that campaigns to counter ISIL and Iranian aggression would continue.