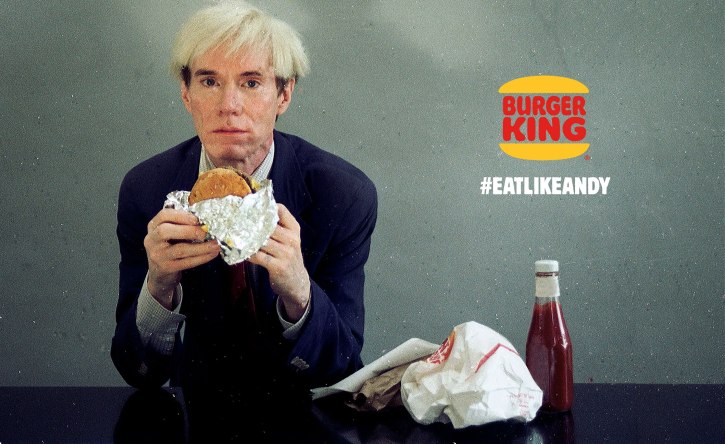 In advertising, the Super Bowl is the biggest of all big stages, where big brands show off their big ideas, with the maximum doses of high production and celebrity. Super Bowl LIII, however, had a truly unexpected star: Andy Warhol, who stole the show more than three decades after his death in a commercial for Burger King, in the form of a long, unedited clip of the Pop artist quietly eating a Whopper.

The enigmatic 45-second spot concludes with the hashtag #EatLikeAndy. It immediately had many wondering what was going on. Was it a fake?

In fact, the clip is a segment of a 1982 film by the filmmaker Jørgen Leth, titled 66 Scenes From America, a series of vignettes about life in the United States. In full, the Warhol segment clocks in at four-and-a-half minutes of deadpan Whopper-eating—a feat of unedited cinema very much in line with Warhol’s own signature style of unedited films in works like Empire and Blow Job. (“Andy Warhol Eating a Hamburger,” as the clip is known, is featured in its entirety in the current Whitney Museum retrospective show, “Andy Warhol: From A to B and Back Again.“)

“The spot is meant to break through the traditional SuperBowl commercial break, filled with explosions, slapstick jokes, and celebrities, with an almost silent, yet powerful work of art,” Burger King claimed in a press statement.

“One of the things that was unique about the negotiation was that we didn’t want to change or touch the film in any way that would take away from its original intent,” Burger King’s global head of brand marketing Marcelo Pascoa told AdAge. “We knew that the best thing we could do would be to keep the film as intact as we could.”

Burger King had been promoting its #EatLikeAndy campaign in advance in the form of a mysterious clip of the Burger King mascot, The Burger King, painting. It was titled “Art Takes Time,” and directed followers to sign up for a “Mystery Box Deal” with DoorDash, the meal delivery service.

In a blog post, DoorDash had teased the Mystery Box as “a surprise unlike any you’ve ever seen before…”

Those who ordered the Mystery Box got a package containing a ketchup bottle, a vintage Whopper wrapper, a Warhol-esque silver wig, and a DoorDash coupon for a Whopper that instructed you to wait until the game was on to order. These props were the subject of some bemusement, pre-commercial since their final meaning was not revealed until Warhol appeared onscreen. 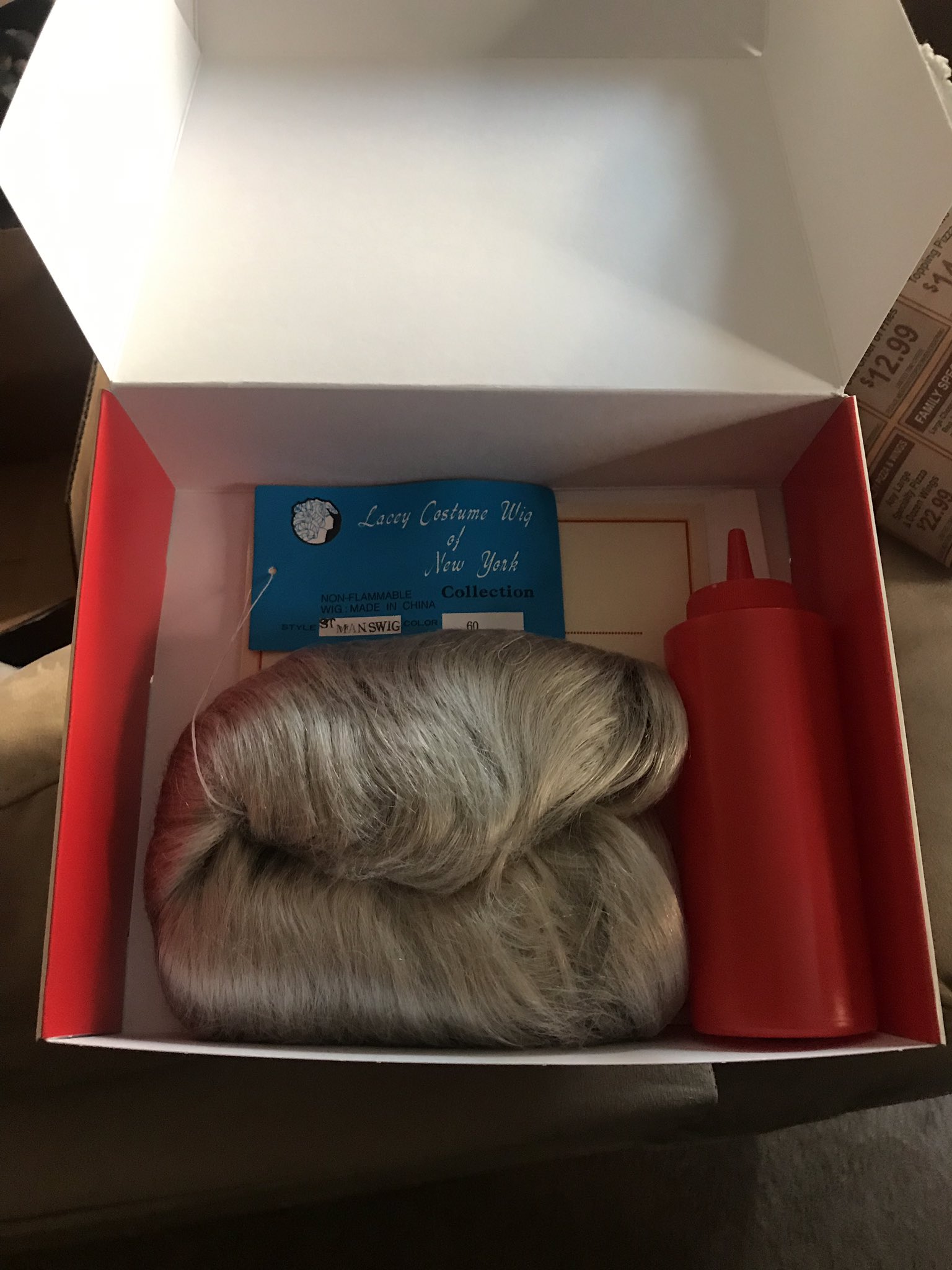 In a Tweet after the commercial aired, AdAge pointed out that history could have been very different if things had gone another way on Leth’s set: “Fun fact: Andy Warhol actually asked for a McDonald’s burger when he recorded this scene in 1981, but the crew didn’t have any. They offered to run to McD’s, but he said, ‘Never mind, I will take the Burger King.”

Burger King was ready with a reply: