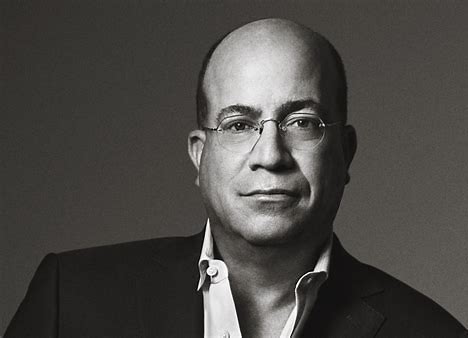 CNN Worldwide president Jeff Zucker, the influential news executive who reshaped the iconic network, announced Wednesday morning that he has resigned from his position effective immediately.

Zucker’s stunning announcement came less than two months after he fired prime time anchor Chris Cuomo for improperly advising his brother, then-New York Gov. Andrew Cuomo, about how to address sexual misconduct allegations.
“As part of the investigation into Chris Cuomo’s tenure at CNN, I was asked about a consensual relationship with my closest colleague, someone I have worked with for more than 20 years,” Zucker told employees in a memo. “I acknowledged the relationship evolved in recent years. I was required to disclose it when it began but I didn’t. I was wrong. As a result, I am resigning today.”
Zucker did not name his colleague, but the relationship is with Allison Gollust, his key lieutenant for the last two decades. Gollust is remaining at CNN.
Zucker and Gollust began working together at NBC in 1998. They rose through the ranks at the network together, and when Zucker joined CNN, Gollust was among his first hires. Just before coming to CNN Gollust had worked briefly as communications director for Andrew Cuomo. She is currently executive vice president and chief marketing officer at CNN.
In a statement of her own, Gollust said, “Jeff and I have been close friends and professional partners for over 20 years. Recently, our relationship changed during COVID. I regret that we didn’t disclose it at the right time. I’m incredibly proud of my time at CNN and look forward to continuing the great work we do everyday.”
News of Zucker’s resignation sent shockwaves inside CNN and across the industry. CNN employees had no idea what was coming before Zucker’s email landed in their inboxes shortly after 11 a.m. ET.
WarnerMedia is in the process of merging with Discovery. Many media observers thought Zucker was in line for a promotion once that deal is complete. That is not the only reason this is a pivotal time for the network: CNN plans to launch an ambitious streaming service, CNN+, in the spring, and it also needs to roll out a new 9 p.m. program to replace Cuomo.
In an email to staffers Wednesday afternoon, Jason Kilar, the CEO of CNN parent WarnerMedia, said three senior executives will lead CNN until the merger with Discovery is complete: Michael Bass, Amy Entelis, and Ken Jautz.
“I have full confidence that Michael, Amy and Ken, as interim heads for News, will provide the leadership this organization needs during this time of transition,” Kilar said, adding that employees will “hear more” from the three executives “in the coming days.”
Zucker, with Gollust on his leadership team, took over CNN in 2013, at a time when industry observers said the network was facing an identity crisis.
Zucker revamped the network’s programming. A veteran of NBC, where he climbed from a producer on the “Today” show to president of the entire network, Zucker brought an eye for news and talent. He also brought a hands-on management style and gained the trust and respect of talent and staffers throughout the network.
In recent years, Zucker led the network as it faced sustained attacks from former President Trump and his supporters. Under Zucker, CNN adopted a “Facts First” slogan and approach to the news and was unrelenting in calling out Trump for his lies.
The approach turned Zucker into a villain for Trump, with the then-president lashing out at him during his years in office. Zucker also became a regular boogeyman in right-wing media, with Fox hosts viciously attacking him in prime time.
It was all evidence of Zucker’s larger-than-life status in the news business and influence over the broader discourse in American politics.