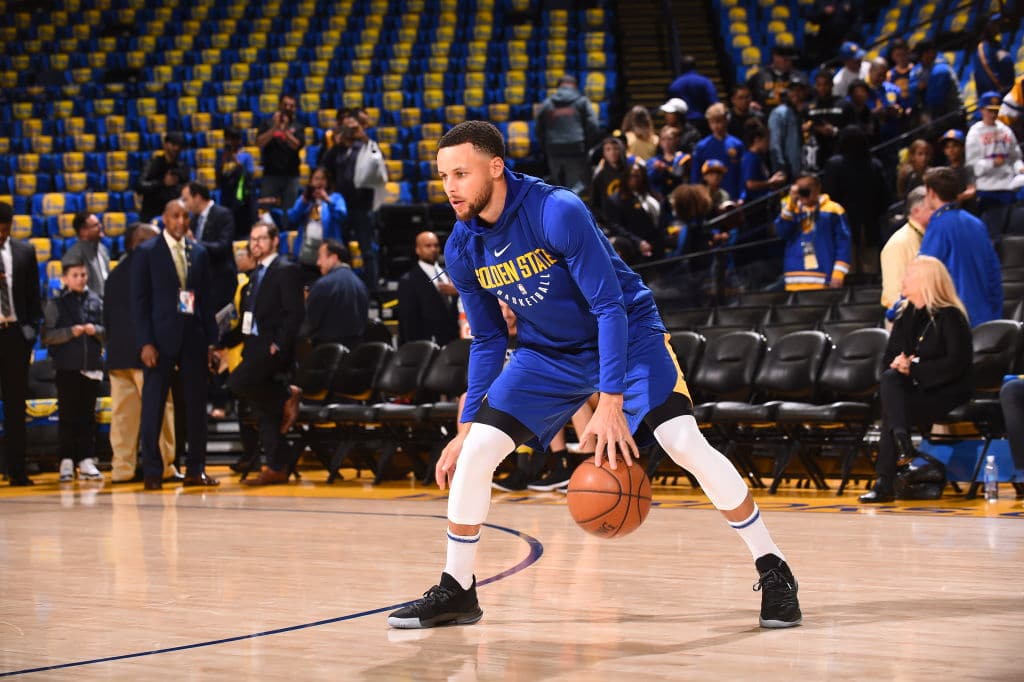 The injury infestation has taken over Oracle arena and the reigning champs.

Stephen Curry suffered a Grade 2 MCL sprain to his left knee in the Warriors’ 106–94 win over the Hawks on Friday; recovery progress will be reevaluated in three weeks, the Warriors announced on Saturday. The injury could’ve been worse, but this is still bad news. In recent years, Grade 2 MCL sprains have, on average, sidelined players for roughly six weeks (as it did last season for Kevin Durant), so we might not see Curry suit up again until the second round of the playoffs, which begins in five weeks.

An injury to the MCL puts biomechanical restrictions on all athletes, but it’s especially difficult for a perimeter player. The MCL flexes as the knee bends during the type of quick lateral movements and changes of direction that guards like Curry use to create space. Things weren’t the same with Steph the first time we saw him fight through a knee injury in the postseason: Curry lacked his typical elite shiftiness and burst after a Grade 1 tear to his right MCL forced him to miss two weeks of the 2016 playoffs. Curry still put up big numbers after returning, but even a slight decline in agility can be the difference between creating a shot against anyone and getting locked down by Kevin Love.

Plus, there’s always a chance for reinjury for any player returning from an extended absence — never mind for a guy like Curry, who has endured multiple ankle injuries that have caused him to miss 17 games this season alone. Curry said on Thursday that there’s “nothing” that can be done between now and the end of June that can get his ankles to 100 percent. Maybe six weeks on the mend will help, but odds are the issues aren’t going away.

The Warriors still have Durant, Klay Thompson, and Draymond Green, so no fan is weeping for them. But that trio has also recently battled their own share of injuries (Durant has an incomplete rib cartilage fracture; Thompson has a fractured right thumb; Green has a pelvic contusion). Western Conference foes will be licking their chops at the chance to battle a vulnerable Warriors roster lacking their best offensive player. If the Warriors’ season once felt like an inevitable coronation, it’s starting to resemble a bad dream with an endless amount of outcomes.