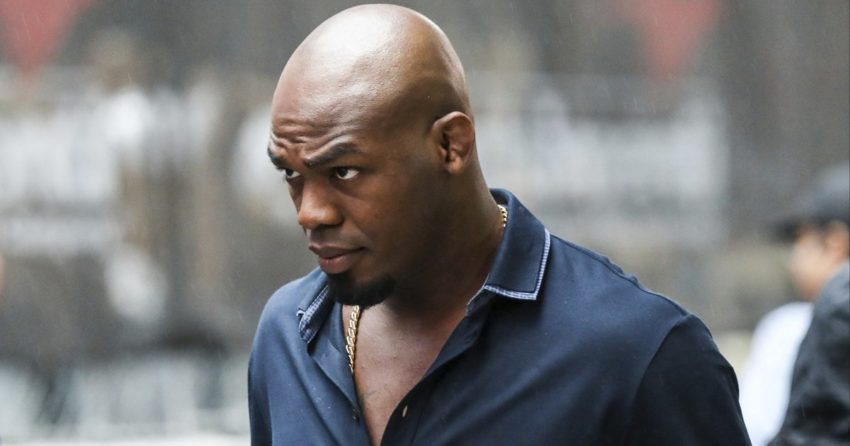 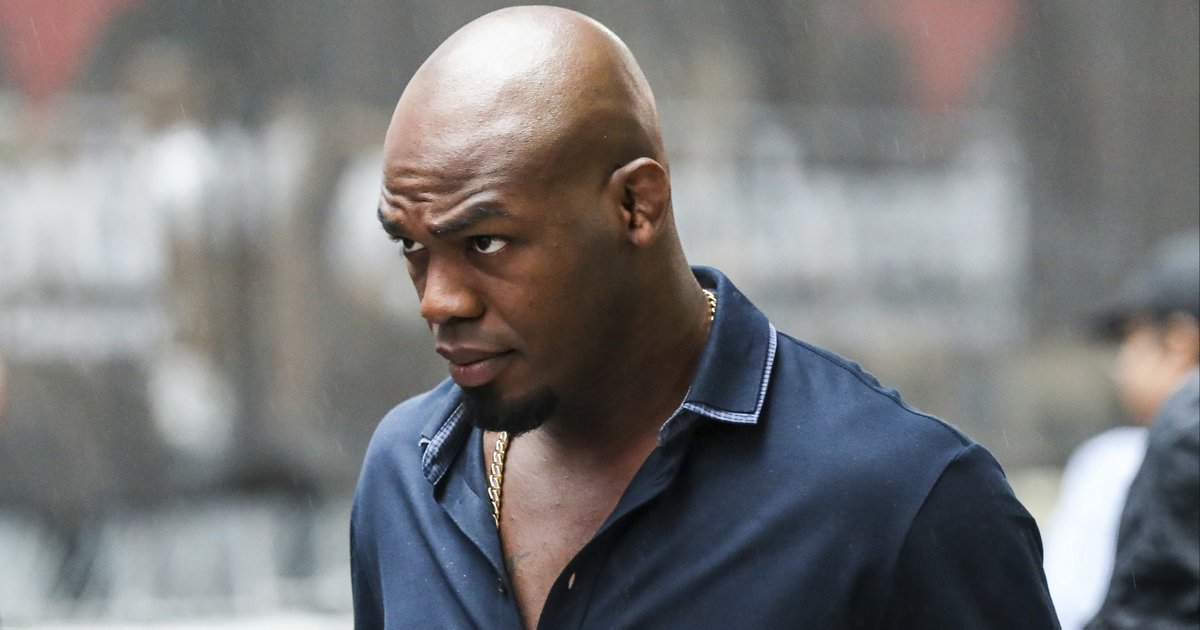 A drug test earlier this month found a trace amount of Chlorodehydromethyltestosterone (DHCMT), or turinabol, in Jones’ system. That’s the same substance Jones tested positive for in 2017 that led to the 15-month suspension he recently was cleared from in order to fight this week.

But because the Nevada State Athletic Commission does not have proper time to investigate in order to keep Jones cleared to fight at UFC 232 in Las Vegas, the promotion is moving the entire event to The Forum in Inglewood, Calif., just outside Los Angeles, UFC President Dana White today told MMAjunkie in Las Vegas.

The California State Athletic Commission will approve a license for Jones (22-1 MMA, 16-1 UFC) to fight Alexander Gustafsson (18-4 MMA, 10-4 UFC) in the main event, and the entire card will move from T-Mobile Arena in “Sin City” to The Forum.

UFC VP of Athlete Health and Performance Jeff Novitzky said Jones’ positive test is not a violation. He said USADA, in consultation with other organizations, believes the test is a “pulsing” effect and not new ingestion of the substance that he tested positive for after a UFC 214 win over Daniel Cormier in July 2017.

“A picogram is a one-trillionth of a gram,” Novitzky said. “If you put one grain of salt on the table and split it up into 50 million pieces, a picogram is one of those pieces of that gram of salt. These levels have shown up in the single and double digits of picograms – so such a small amount.”

The NSAC issued a statement to MMAjunkie saying it has allowed Jones to withdraw his fight license application in Nevada so he can fight in California – and that Jones will appear in front of the commission in January.

“Today, Nevada State Athletic Commission (NSAC) Executive Director Bob Bennett announced that, in consultation with NSAC Commission Chair Anthony Marnell III, unarmed combatant Jon Jones will be allowed to withdraw his pending application for licensure, which was intended to clear him to fight in a major contest in Nevada later this month,” the statement reads.

“After extensive analysis of Mr. Jones’ prior 18 months of USADA in- and out-of-competition anti-doping drug testing results, Director Bennett, Chair Marnell and Mr. Jones agree that he will appear at an evidentiary hearing in January. This will allow for a measured, thoughtful and comprehensive discussion of his anti-doping testing protocol and results and provide an opportunity for the NSAC to determind the appproriate path forward for him in Nevada. We look forward to this hearing.”

Novitzky said Jones is not currently in violation of USADA’s drug-testing program because of the test result.

“There’s been no violation of the anti-doping program,” Novitzky said. “He’s been cleared to fight in terms of the USADA program. … USADA fully analyzed it internally. They reached out to outside experts from around the world. They reached out to another sports league that has seen the same issue. And all of them, independent of us, determined that this was not a reingestion of the substance and this very, very small amount that was occurring and still showing up, according to these experts from around the world, did not provide any performance-enhancing benefit.

“Not much is known about this longterm metabolite. The parent compound is not approved for human use anywhere in the world … but what both USADA and other entities are seeing is that a recurrence, or potential ‘pulsing,’ where you have multiple negative tests and then a positive one for a very low amount – they’re seeing that quite commonly over time. And no one knows how long this could last – it could potentially last forever (in Jones’ system).”

And White, who has not shied away from being critical of Jones during the fighter’s past issues with drug tests and legal problems, said he believes Jones is clean.

“I haven’t heard anything negative about Jon Jones leading up to this fight – nothing,” White said. “He was willing to jump on a plane yesterday and go take a drug test – like, immediately. If I want to plan a PR for Jon Jones in two months, try pulling that together. It’s tough to get Jon Jones. He’s willing to do anything. So, I believe that Jon Jones is clean. He’s in fight shape, and I believe that he’s been doing the right thing.”

Novitzky said he expects skeptics of the decision to move the event, but that the move was not one being made by the UFC in order to keep Jones in a fight that he otherwise perhaps should not be licensed for.

“This is an exact reason why we have our program independently administered,” Novitzky said. “I could completely understand if this was a UFC decision, skepticism about, ‘Hey, why is this being done?’ But we are not involved in the decision and the determination that Jon didn’t do anything wrong. I’m only basing that – Dana is only basing that, (UFC general counsel) Hunter (Campbell) is only basing that – on these letters and statements that we’re getting from the world experts that have studied this now for several months. Timing is not great, but this is as above board as you can get.”

“We wouldn’t do it,” White said. “We’d pull the fight, and the (Cris Cyborg vs. Amanda Nunes title fight) would be the main event and the fight would roll. That’s it. We’d roll on. Jones would either go away forever or – you know how I am … If these guys even doubted that something bad happened here and he was wrong or whatever, the fight’s off. We’d pull the fight. Jones didn’t do anything wrong here. All the biggest experts, the smartest people in the world that deal with this are saying that he did not cheat, he didn’t do anything. So how do we not do this fight?”

White said tickets for the new location in Inglewood will go on sale Wednesday, and fans with tickets for the show in Las Vegas are available to be refunded. White said the expected gate total at T-Mobile Arena was in the $6 million range and expects to be around $1 million at The Forum – meaning a net gate loss of $5 million.

Jones has been regularly in the news the past several years, many times for the wrong reasons. He was the light heavyweight champion until April 2015, when he was stripped of the belt in the wake of a hit-and-run accident. He pleaded guilty to leaving the scene of an accident and was put on probation, as well as suspended indefinitely by the UFC.

In April 2016, he fought and beat Ovince Saint Preux for an interim light heavyweight title while Cormier was injured. It set up a rematch with Cormier, whom he had beaten at UFC 182 to defend the title, but who had gone on to win the belt Jones had been stripped of.

But at UFC 200, three days before the fight, Jones was removed after testing positive for a banned steroid. He was suspended for a year and stripped of the interim title in November 2016 – making him the first fighter in UFC history to have a title stripped twice.

He returned at UFC 214 in July 2017 and stopped Cormier with a third-round knockout to win back the belt. But several weeks later, Jones tested positive again for banned steroids. His title was stripped – again – and returned to Cormier. He settled on a 15-month suspension from the U.S. Anti-Doping Agency (USADA).

But now, once again ahead of a big return, there will at the very least be an asterisk on his resume indicating an abnormality around a drug test – and as innocuous as it may prove to be, still an abnormality.

Jones also has a DUI on his record, as well as a positive test for cocaine metabolites before UFC 182 – which did not result in a suspension since it was an out-of-competition test.

Coincidentally, the move from Las Vegas will put the UFC back in Southern California only a few weeks after the promotion decided to cancel UFC 233 in January, which was scheduled to take place at Honda Center in Anaheim. That was just the second time the UFC had canceled an event outright. The first, UFC 151 in 2013, also was scheduled to be headlined by Jones.

For more on UFC 232, check out the UFC Rumors section of the site.