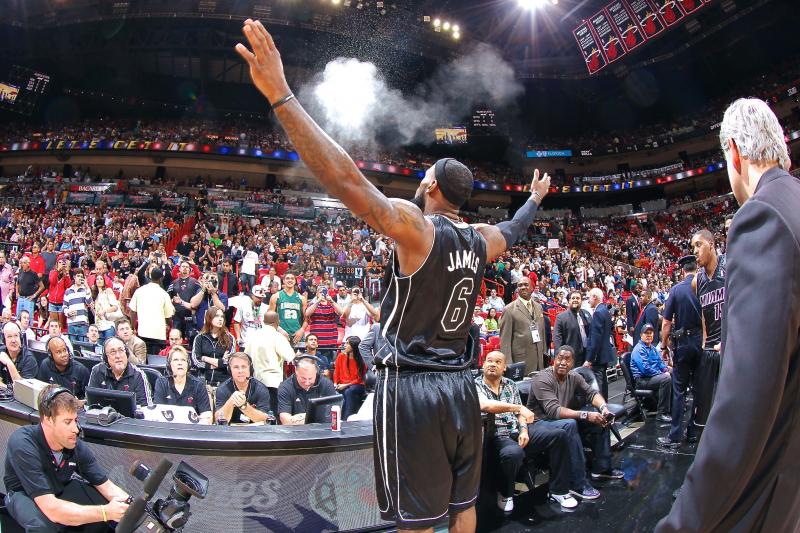 Listen, not everyone is up on the sickest trends in powder-throwing at sports games.

And even if you are—I suppose you’d rather be safe than sorry, say, like, I dunno, if it were anthrax or something.

Police on the University of Central Florida campus were suspicious of a young man who walked into a classroom and threw up a bunch of powder, so they went on what must have been a hilarious-for-everybody manhunt:

It even caused an evacuation of a school building:

#UCFAlert: Suspicious incident in Business Admin I. Police are responding and searching for a man described as 6’2, white, and wearing a red and white basketball jersey. If seen, please contact UCFPD immediately by calling 911.

No imminent threat, but please avoid the area.

Here is where it starts to get really good:

Witnesses say the suspect is wearing this jersey. He is described as a 6’2, white male with blonde hair.

At some point, maybe one of the younger guys on the squad decided to tip off the old dude who thought this was an anthrax scare, and so police started taking into accountthat maybe it was just a prank? Or maybe at least one student in the class that was disrupted, you know, watched basketball at some point in his or her life?

To be fair to the police, these pranksters were reaching pret-ty far back into the archives for this one—LeBron stopped doing the chalk toss thing way back in 2014—and school safety has become a prominent issue in the wake of the Parkland shootings. So it does indeed seem like they were going the better safe than sorry route.

A student said the man yelled, “I’m taking my talents elsewhere. I’m going to Miami,” as he threw the powder.