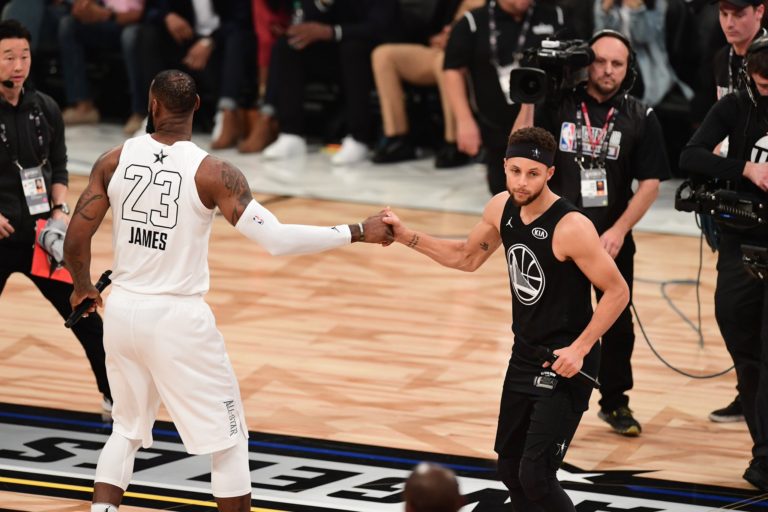 Between the events, the parties, and the actual game, NBA All-Star Weekend can feel like a circus. But there’s also business to attend to. Teams aren’t talking trades during this period anymore with this year’s deadline moved up to before the break. But meetings and scouting sessions happened across Los Angeles.

I spoke to a handful of NBA executives over the weekend to get a sense of what’s to come in the near future for the league. But executives are the ones asking questions these days. Here are their biggest ones less than four months away from what could be an interesting offseason.

1. What Will DeAndre Jordan Do?

Jordan came close to being dealt to the Cavaliers, according to ESPN’s Adrian Wojnarowski, but the deal fell through because the Clippers were unwilling to absorb Iman Shumpert’s salary. This makes the summer ahead that much more interesting for Jordan. With the salary cap flattening, only seven teams are expected to have over $10 million in cap space. There were 10 such teams last summer and 25 in 2016, as ESPN’s Bobby Marks and Brian Windhorst recently wrote. A dearth of free-agent funds will lead to a hard choice for Jordan, who has a player option worth $24.1 million for the 2018-19 season. But multiple league executives think it’s unlikely that he’d receive that type of money annually on the open market. Most of the teams that are expected to have money, like the Hawks, 76ers, and Nets, don’t need an expensive 30-year-old rim-running center, and the teams that do need one won’t have to pay him max money.

Lakers fans chanted “We want Paul!” as George took his seat at the podium at Saturday’s All-Star media day. “It’s a long ways until the end of the season,” George said when asked about the crowd’s reaction. “I love it. It’s not to say that I don’t. I felt the energy. I know where the love is.”

George’s candidness is unique. I can’t recall a player so openly flirting with the idea of leaving his current team. But what does it all mean, anyway? The latest noise from NBA executives is more of the same. Most buy into the fact George is drawn by Los Angeles and will leave unless the Thunder reach the NBA Finals. Others have become increasingly skeptical that he’d leave Oklahoma City.