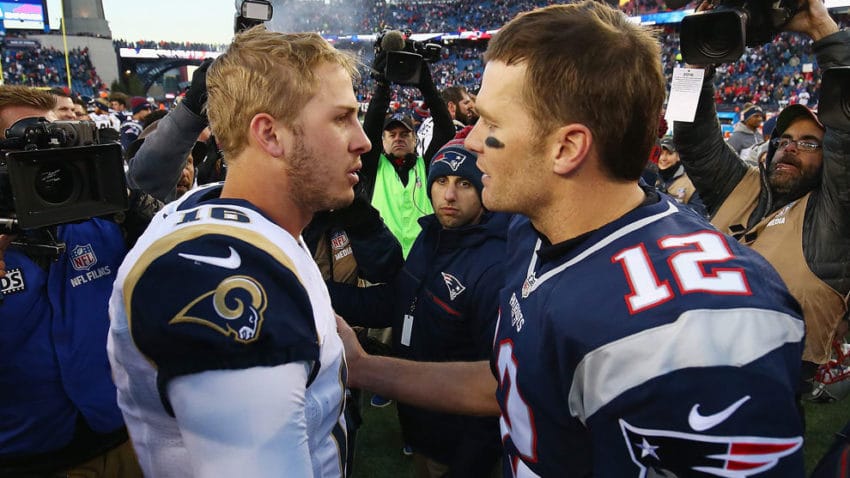 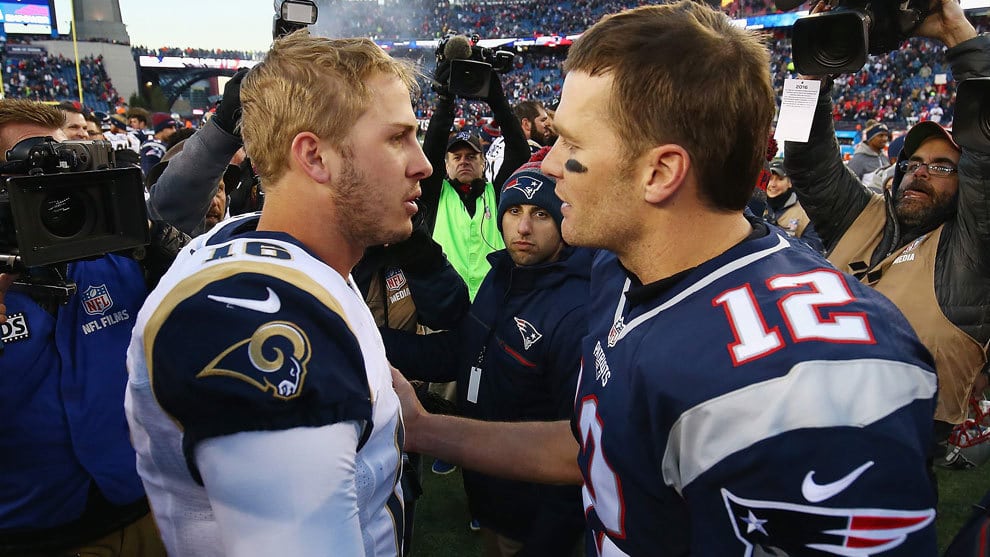 Atlanta (AFP) – Tom Brady will chase a record-breaking sixth Super Bowl crown on Sunday as the New England Patriotstake on the Los Angeles Rams in a clash of the generations set to rewrite NFL history.

Patriots star Brady, 41, will become the oldest quarterback ever to lift the title if he masterminds yet another championship in the latest milestone of a career that has shown no signs of flagging.

A win would see Brady become the only player in history to win six Super Bowls, an achievement which may never been beaten in an era of ever shorter NFL careers.

A capacity crowd of 75,324 will pack Atlanta’s futuristic Mercedes-Benz Stadium to see if Brady can lead his team to the Vince Lombardi Trophy once more, 17 years after his first triumph in 2002.

“When you’ve been in the position I’ve been in, you just count your blessings every day,” Brady said, who will be playing in his ninth Super Bowl, itself another record.

Records are also set to tumble in the event of a win by the youthful Los Angeles Rams, who are led by 24-year-old quarterback Jared Goff and head coaching prodigy Sean McVay.

McVay, still only 33, will become the youngest head coach ever to win the Super Bowl if he manages to outwit Patriots counterpart Bill Belichick, 66, who has won five Super Bowls as a head coach and two as an assistant in a coaching career that dates back to 1975.

The generational chasm that exists between Sunday’s principal protagonists is highlighted by a cursory comparison of their respective biographies.

When Brady inspired the Patriots to their first Super Bowl, Goff was seven years old.

Similarly, McVay was playing at quarterback for his high school football team when Belichick led New England to their 2002 win.

The vast differences in experience between the Super Bowl rivals have prompted bookmakers to install the Patriots as favorites to win a sixth title, putting them level with the Pittsburgh Steelers as the most successful franchise in history.

The Patriots, who started the season sluggishly, have once again paced their campaign to perfection.

Against the Kansas City Chiefs in the AFC championship game, Brady delivered another masterpiece of composure crowned by a game-winning drive in overtime.

The ferociously competitive Brady has sought to portray the Patriots — the most hated NFL team in America according to a recent analysis of social media — as underdogs, irked by suggestions earlier in the season that the team was in decline.

“It’s just part of who I am, part of my DNA,” Brady said. “Those motivations run deep. And when I get them scratched at, it’s great motivation for me.”

Despite the gulf in experience, the Rams have drawn confidence from a free-scoring campaign that saw them emerge as one of the most exciting offenses in the league.

The Rams also point to their victory in the NFC title game against New Orleans, where they battled through an ear-splitting maelstrom in the Superdome, as evidence of their maturity.

“Obviously they’ve played in a bunch of big games,” Goff said of the Patriots. “But we were inexperienced against New Orleans and we put that one away.”

Like the Patriots, the Rams have developed a solid running game to expand their options, with the arrival of the physical C.J. Anderson at running back in December complementing Todd Gurley.

The Rams also boast the best defensive player in the NFL, Aaron Donald, who has a league-leading 20.5 quarterback sacks to his name in 2018, as they look to knock Brady out of his comfort zone.

“He’s a great quarterback, but you can pressure him, just like anybody else,” Donald said of Brady. “If we do our job, we can get to him.”

History shows, however, that stopping the Patriots offense is easier said than done.

In their past two Super Bowl appearances, in 2017 and 2018, the Patriots have averaged over 33 points, while Brady amassed a staggering 971 passing yards across the two games.

Nevertheless, the Rams remain confident of pulling off an upset which could conceivably mark the dawn of a new dynasty given the relative youth of their roster.

The Rams received a timely boost on Friday when star kicker Greg Zuerlein was declared fully recovered from a foot strain.

“We’re going into this game as healthy as you could hope for,” McVay said on Friday.

“Certainly, we respect the Patriots, but we’re coming here with the expectation of winning a game.”

The Thrill-Seekers Who Sneak In…

Trump: ‘I would have a hard time’ letting son play football…