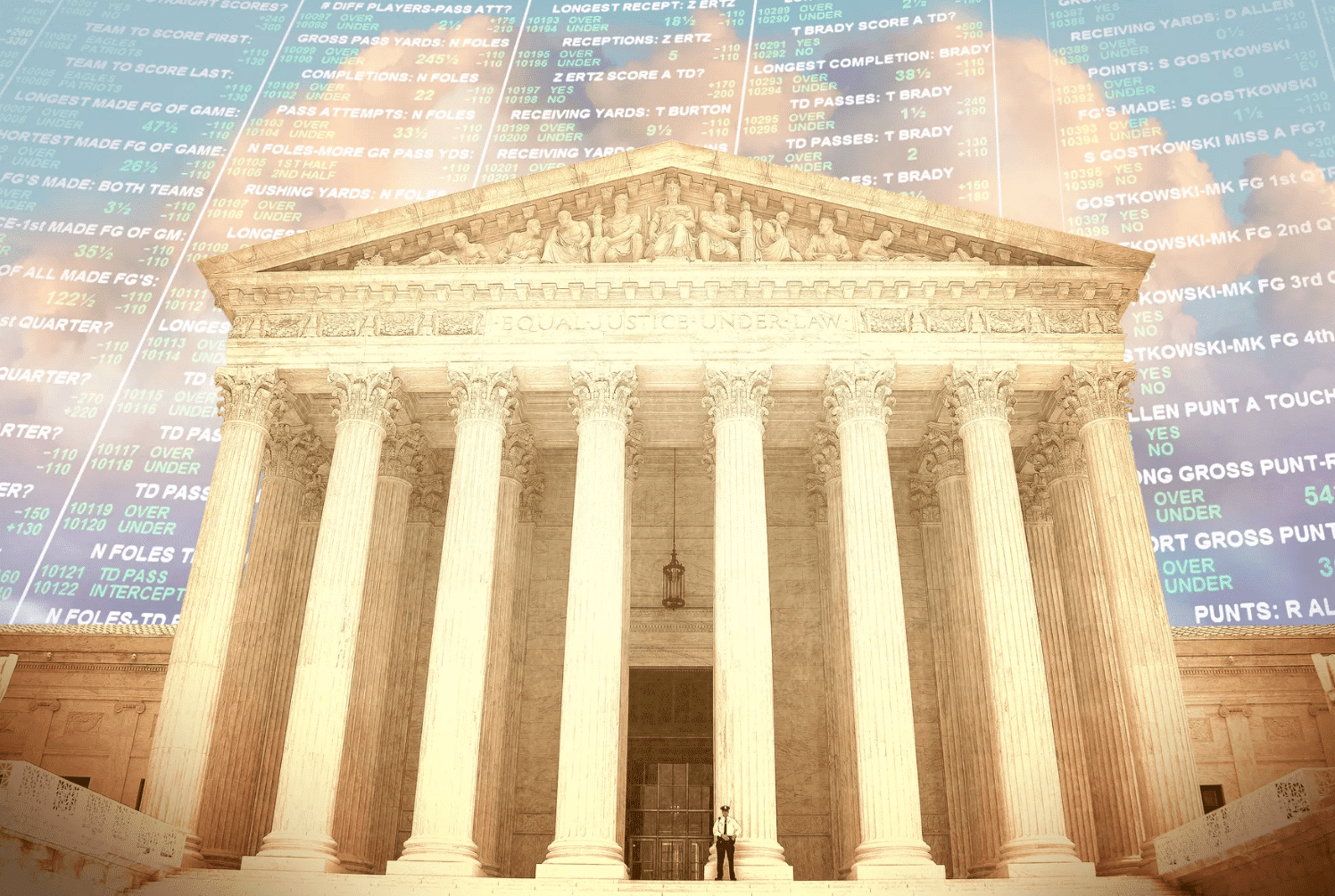 It’s impossible to know exactly how much money is illegally bet on sports in America every year, but conservative estimates are about $150 billion annually.

To put that figure in perspective, it’s nearly enough to buy every franchise in the NFL, NBA, and MLB, per the Forbes sticker prices. There are reasons to doubt that number, which comes from the American Gaming Association, but nobody doubts that the illegal sports-gambling market is massive—and none of that money ends up in the hands of team owners, players, casino vaults, or the IRS.

An impending Supreme Court case might change all of that. Depending on the verdict—which the court could render as soon as Tuesday or as late as June 25—states might be allowed to legalize gambling as they see fit. Legalized sports betting could be coming to a state near you, even before Week 1 of the NFL season. Have some questions? Here’s a primer for what to expect:

Can You Give Me the Basics?
The Case: Murphy v. NCAA (formerly Christie v. NCAA)

The Background: In 2011, New Jersey voters passed a referendum to allow sports gambling at New Jersey casinos and racetracks. After the New Jersey Legislature passed a law in 2012 to enact that referendum, the NCAA, NFL, NBA, MLB, and NHL sued to stop it from happening. The leagues claimed New Jersey was violating the Professional and Amateur Sports Protection Act of 1992 (PASPA), which prohibits sports gambling everywhere except Nevada, Delaware, Oregon, and Montana.

The case, which revolves around whether the federal government can compel states to enforce federal law under the 10th Amendment, bounced around the legal system until last year, when the Supreme Court agreed to hear it. The most recent ruling came in the Third Circuit Court of Appeals and upheld previous rulings that found New Jersey’s law violated PASPA. If the Supreme Court finds PASPA unconstitutional, legislators in nearly half of U.S. states might attempt to legalize sports betting by the end of 2018.