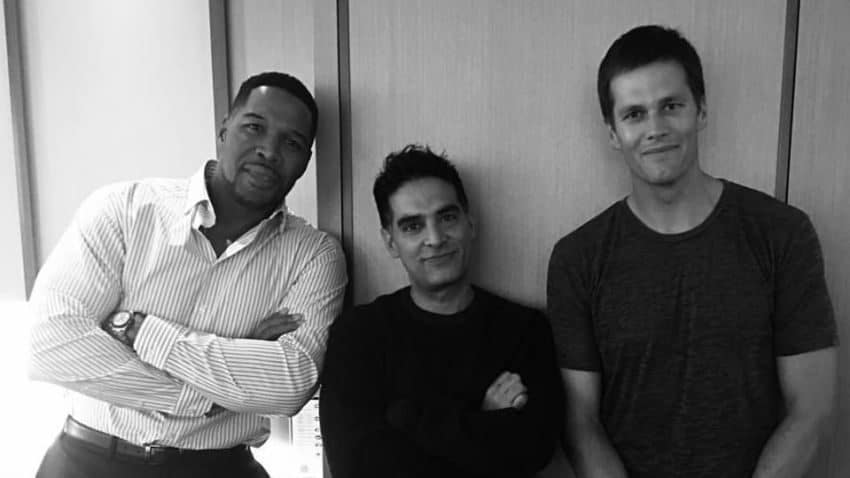 The Super Bowl is over and the stadiums across the country that once held thousands of fans on any given Sunday will be mostly empty in the off-season, but Tom Brady is still at work.

The quarterback who will undeniably go down in NFL history as one of the greatest of all time, is already thinking about his next act. Alongside Michael Strahan (another football great who has made the transition into pop cultural icon) and Gotham Chopra — the producer, director, and former war correspondent — Brady is launching a new sports media startup.

Called The Religion of Sports the new startup, which is seeking around $3 million in outside capital, is neither The Players Tribune, Derek Jeter’s media platform for athletes to tell their own stories, nor TraceMe, Russell Wilson’s access-focused app for athletes and celebrities.

Instead, Brady, Strahan and Chopra, alongside chief executive Ameeth Sankaran, a former investor with a family office out of Texas and longtime friend of Chopra’s, want to create a multi-platform storytelling business that functions like an old-school studio — dedicated to sports — that tells the best stories in the medium that’s most appropriate for them.

If this seems like a thesis in search of a technology platform, that’s because it is, but it’s impossible to discount the rolodexes that Strahan, Brady, and Chopra (the son of Deepak Chopra) have on hand and the power that their network can wield.

It’s also impossible to discount their dedication to sports… and the stories that can be told through the lens of players and their fans.