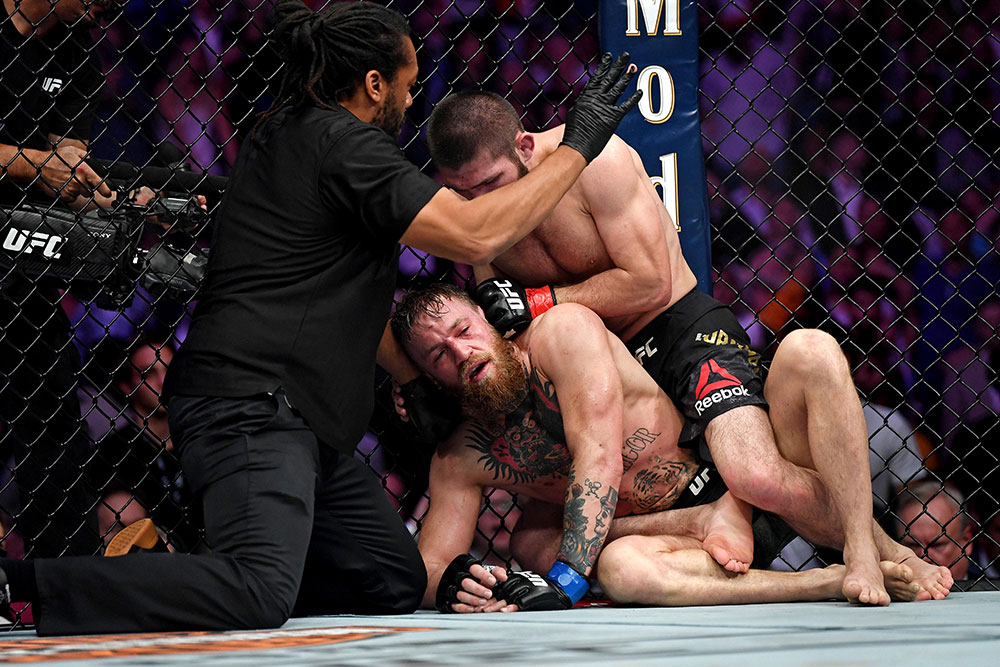 Khabib Nurmagomedov had just proven that he had Conor McGregor’s number inside the cage. Then, he just couldn’t help himself and had to find out if he’d get the same leeway for causing mayhem outside of it. Just seconds after vanquishing the foe who’d taunted and tormented him for weeks, the same one who’d once attacked a multi-passenger vehicle just to get at him back in the spring, Nurmagomedov turned the tables in more ways than one, submitting McGregor in the main event of UFC 229 in Las Vegas and then leaping over the cage to carry the fight to the former champion’s cornermen on the floor of T-Mobile Arena.

What, you thought only the Irish guy was allowed to flaunt both laws and customs and get away with it? You thought all this anger and animosity was solely for marketing purposes? Not to Nurmagomedov.

Here’s a guy who was never in on the joke, not even a little bit. What did you think he was going to do once he’d squeezed a submission out of the man who berated him, his family, and his entire cultural identity, all while trying to instigate some extracurriculars via immense property damage? What, shake hands and be friends?

Well, OK, no. But did he have to go full freakout? And if he did, did his teammate really have to jump the fence and get in a few sorry sucker punch licks on McGregor as well? His teammates, at least, should have been able to do the math on that one. While Nurmagomedov might be big enough at this point to get away with a little chaos, the small-timers in his orbit are nowhere near as immune from consequence. 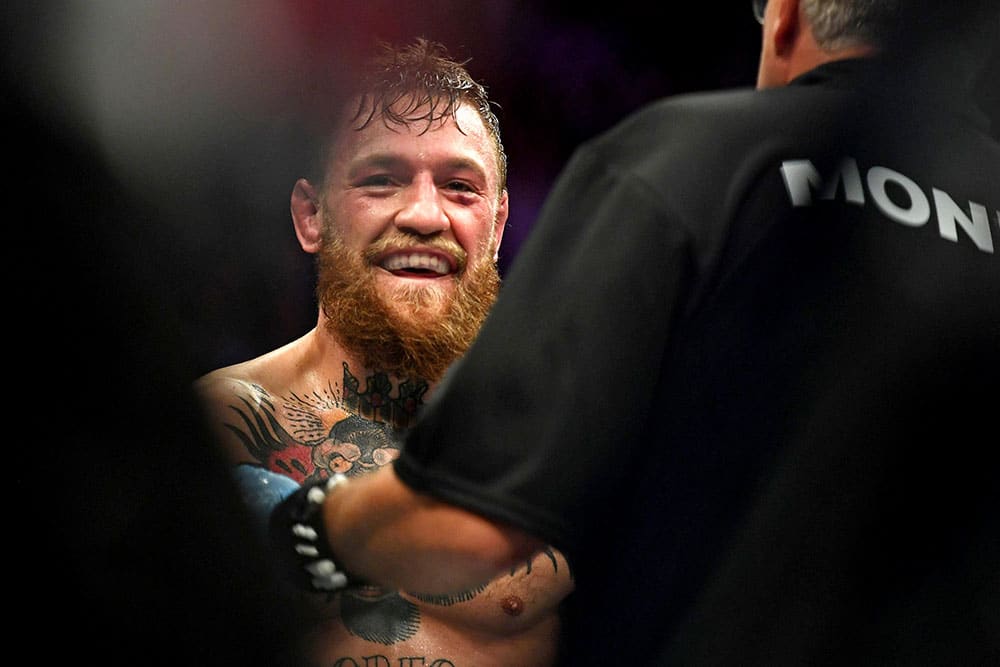 So what now? According to UFC President Dana White, nothing good.

“God knows what the (Nevada State Athletic Commission) is going to do to Khabib and his guys,” White said on FS1 after the melee. “I think they’re fighters. Will they even get a visa again to get back in this country? There’s a lot of repercussions from what they did tonight, ones I don’t even think they realize yet.”

And maybe you can understand how they wouldn’t, considering how all this started.

Remember earlier this year, when McGregor threw a hand truck through a bus window in his rage at Nurmagomedov? White called it disgusting, then did absolutely nothing about it, preferring instead to use the footage as a marketing tool once the criminal justice system had completed its series of wrist slaps.

Now Nurmagomedov gets his turn, and White is quick to point out how “disgusted” he is once again. Which, to the seasoned observer, seems like the first step in re-purposing the incident as fodder for the rematch.

Point is, if we’re pointing fingers right about now, we need to point them in nearly every direction.

At Nurmagomedov, surely, who went sprinting off in search of a way to tarnish the biggest win of his life, so that he didn’t even get the pleasure of standing in the cage and having the belt wrapped around his waist in the end.

At McGregor, who inflamed the situation at every turn, perhaps under the misguided assumption that everyone understood it was all fair in love and fight promotion.

At the UFC, definitely, which was all too willing to turn madness into marketing while making a big show of its added security for the “biggest fight in UFC history,” yet still got caught flat-footed when the powder keg finally exploded. 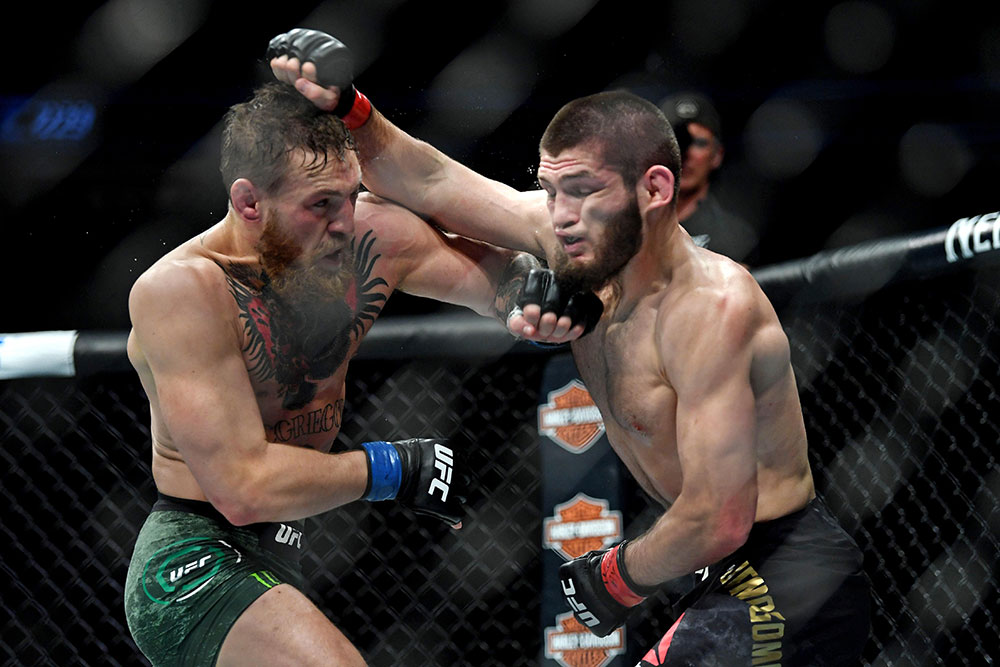 At us, the media and the fans, for proving that we’ll eat up all manner of carnage as entertainment, then pretend to be shocked as we play the footage back over and over again.

We love this, after all, the inflamed passions of the fight game. Nothing sells better than pure hatred, whether real or imagined. Then it boils over, and we act shocked like we can’t imagine how whipping people into a frenzy could have possibly resulted in such a mess.

We like it right up until we don’t. Then we like it some more. Maybe we get what we deserve in the end after all.

For complete coverage of UFC 229, check out the UFC Events section of the site.